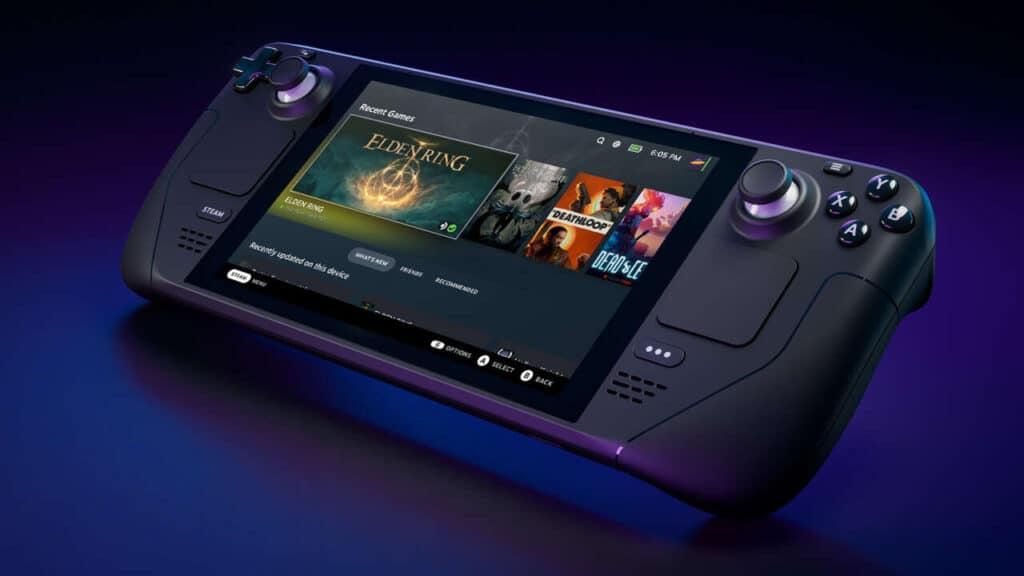 Looking for your favorite game? It might be one of Steam Deck’s best games of 2022!

It’s safe to say that Valve’s Steam Deck has had more of an effect on the PC gaming industry than any other device released this year. To deliver a console-like experience for PC gaming on the go, Steam Deck, announced in 2021, combines the capabilities of AMD’s RDNA2 architecture with a revised SteamOS using a Proton compatibility layer for Windows games. The year 2022 was unquestionably the year of the Steam Deck, despite a long order backlog throughout the year and some growing pains as the system matured.

However, 2018 was also a landmark year for PC gaming as a whole, with the launch of a number of groundbreaking indie titles and critically acclaimed ports from consoles. Because the Steam Deck is essentially a gaming PC, the Steam Deck enjoys a prosperous year when the PC gaming industry as a whole enjoys success. Valve’s sturdy portable showed in 2022 that it was more than capable of taking on the latest games hitting PC, and it might become the go-to device for gamers searching for ways to integrate gaming into their day-to-day lives or on their next trip.

If you wish to order your very own portable PC, you may head to their official website.

The following ten, in no exact order, are the best games on Steam Deck in 2022.

About Cult of the Lamb

The game Cult of the Lamb works well on the Steam Deck, and its 2.5D visual style saves battery life. Moreover, gamers can develop their cult and manipulate minions everywhere.

It’s no surprise that Elden Ring gets credit for being one of the best games of 2022.

Moreover, Elden Ring and the Steam Deck have always been a perfect fit. Elden Ring was released on the same day as the Steam Deck, and Valve’s handheld is one of the best ways to play 2022’s best game. Proton’s shader compilation functions help the Steam Deck run Elden Ring better than the PC and console versions.

Did you know that you can actually one-shot a boss in Elden Ring? Check it out.

This year, Steam Deck users acquired one of the decade’s most acclaimed JRPGs to PC. Persona 5 Royal and its next-gen versions improved on Atlus’ 2016 turn-based JRPG, which many consider the greatest. Persona 5 Royal runs smoothly at 60 FPS with maxed-out visuals on the Steam Deck.

Turn-based life-sim JRPGs like Persona work well on portable platforms because players can pick up and put down the game at any time without losing momentum. Moreover, Persona 5 Royal on the Steam Deck shows why JRPGs and handhelds have always worked well together.

One of the best turn-based strategy RPGs is Triangle Strategy. This game is Valve’s handheld’s best match this year, even though Square Enix released titles like Tactics Ogre: Reborn, The DioField Chronicle, and Harvestella. Furthermore, the game’s magnificent HD-2D visual style looks well on the Steam Deck’s 7-inch screen, and playing a game that continues Final Fantasy Tactics, War of the Lions, and Tactics Advance on a modern handheld device seems fitting.

This is a great Steam Deck game thanks to its intrigue, strategy, and immersive graphics.

Vampire Survivors proves that even the simplest and craziest games can compete with AAA behemoths for the greatest games of the year.

Marvel’s Spider-Man Remastered and Miles Morales, two of PlayStation’s biggest games, came to PC this year. They are also among the best PlayStation ports. Moreover, due to the higher asset quality of the remastered edition on PS5 and PC, Marvel’s Spider-Man Remastered on Steam Deck sometimes looks better than the PS4 version. These ports are more scalable thanks to PC-centric features like FSR 2.1 and a wide range of graphical options.

If you’re playing both of these games, you might want to know how to share your best in-game experiences via PlayStation’s Wrap-Up.

Pentiment is one of the best story-driven games on Steam so far this year because of how easygoing and interesting it is to play. This game makes you feel like you’re curled up with a book on your lap because of its carefully drawn late-medieval graphics, which look like illuminated manuscripts from the Holy Roman Empire, and its user interface, which looks like the pages of a book. Pentiment, a smaller Obsidian project, is a branching murder mystery with a lot of historical passion.

Pentiment is a must-try for Steam Deck owners who like games with a story and a bit of role-playing.

Roguelike games have always done well on handheld consoles because players can’t get enough of them and they’re fun to take with them anywhere. The Steam Deck version of Rogue Legacy 2 is the same. Rogue Legacy 2 is a hit indie game made by Cellar Door Games that is both hard and fun to play. The game combines challenging 2D platforming and roguelike mechanics with a base-building progression system that makes each new run feel like a step toward something great.

It’s an addicting game loop that naturally lends itself to short gaming sessions, but it could easily turn into an event that lasts for hours as players keep saying, “Just one more run.”

About Uncharted: Legacy of Thieves Collection

This year, Uncharted: Legacy of Thieves Collection is one of the best PC and Steam Deck games from PlayStation Studios. Because Iron Galaxy and Naughty Dog paid close attention to porting, Nathan Drake’s last adventure can be played on a wide range of platforms, and this is clear on the Steam Deck. Uncharted can be played on the Valve handheld with a mix of medium and high settings, often without FSR, and a steady 30 to 40 frames per second.

No matter what settings the player chooses for the portable screen, both Uncharted 4 and The Lost Legacy look great. This year, Uncharted: Legacy of Thieves Collection is one of two next-generation PS5 games that will only be available on PC.

The impressive performance of Valve’s Steam Deck with this game shows that this portable has enough power to stay relevant for a while.

Now that you’ve seen Steam Deck’s list of the best ten, Steam also has its very own list of highest-grossing and most-played games of 2022.