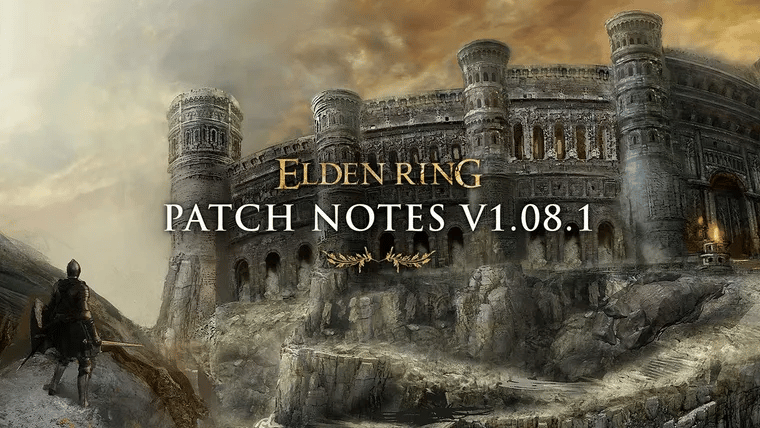 The Elden Ring patch notes version 1.08.1 is available right now, and it addresses a few issues that arose as a result of the recent Colosseum patch.

What to expect on the new patch

According to the information provided on the Bandai Namco website, the Elden Ring patch 1.08.1 is available right now for download on all platforms. The developer FromSoftware states on its website that “this patch includes remedies to unintentional modifications that happened with the 1.08 Colosseum update.” This eliminates any inadvertent slip-ups that occurred with the last major new upgrade that was released the previous week.

To begin, Elden Ring patch notes 1.08.1 addresses an issue that, when certain weapons were held in the left hand, caused the behavior of crouching attacks with right-handed weapons to alter. Although FromSoftware does not provide specific information on the weapons in question, it is encouraging to learn that the issue has been resolved.

Moreover, a glitch that prohibits the correct locations of the player from being displayed has also been corrected, which brings us to our second point. This problem wasn’t introduced in the Colosseum, as you would have anticipated; rather, it was existing before the introduction of the new PvP arena for some unexplained reason.

And with those recent revisions, which are considered to be quite minimal, Elden Ring patch notes 1.08.1 is accomplished. The major update to Colosseum that was only released a week ago and is responsible for these unintentional issues was disclosed by FromSoftware in a very casual manner immediately before The Game Awards 2022 in Los Angeles.

Thus, some believed the developer was rushing to finish the PvP update to reveal more DLC at The Game Awards the next day. However, FromSoftware director Hidetaka Miyazaki indicated that the Elden Ring team still had “many more things” they wanted to do with the game, but instead revealed that Armored Core 6: Fires of Rubicon will be released in 2023.

Since you’re already here looking for the latest patch notes, why not read our guide on how to save your Elden Ring’s gaming experiences this 2022? Relive and share your best achievements in-game.