Steam Reveals Most Popular Games of 2022 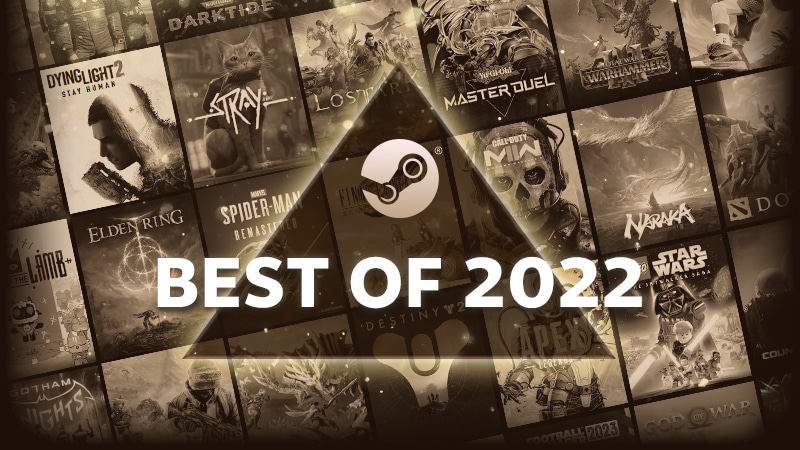 Steam has released a top-grossing, most-played, and most popular games of 2022 list!

Steam is one of the biggest gaming marketplaces, and it consistently sets new records for most users online at the same time.

Critics and fans alike always give feedback to the biggest games to-date in Steam 2022. Elden Ring and God of War are the most popular new releases of 2022. Both games boast either an award or nomination from the Game of the Year Awards.

The most popular games of Steam 2022

Fans may visit the Steam store’s Best of 2022 website, where there are game categories such as best-selling and most popular. In addition, there are typically up to four tiers (platinum, gold, silver, bronze) within each classification. Fans may find titles like Elden Ring, Call of Duty: Modern Warfare 2, Dying Light 2 Stay Human, and Monster Hunter Rise in the platinum area, which displays the best-selling games on Steam in 2022 based on gross income. Red Dead Redemption 2 and Civilization VI, among others, are included here since this section is not restricted to a certain year.

2022 includes its own section, with games classified as platinum, gold, or silver. We see the big names dominating, along with a newer entry in the form of Crisis Core: Final Fantasy 7 Reunion.

The next section classifies the games according to their highest concurrent players on Steam, with titles that have more than 40,000 users at once. The platinum category only includes titles with over 240,000 peak users on Steam, such as Apex Legends, Dota 2, and Destiny 2.