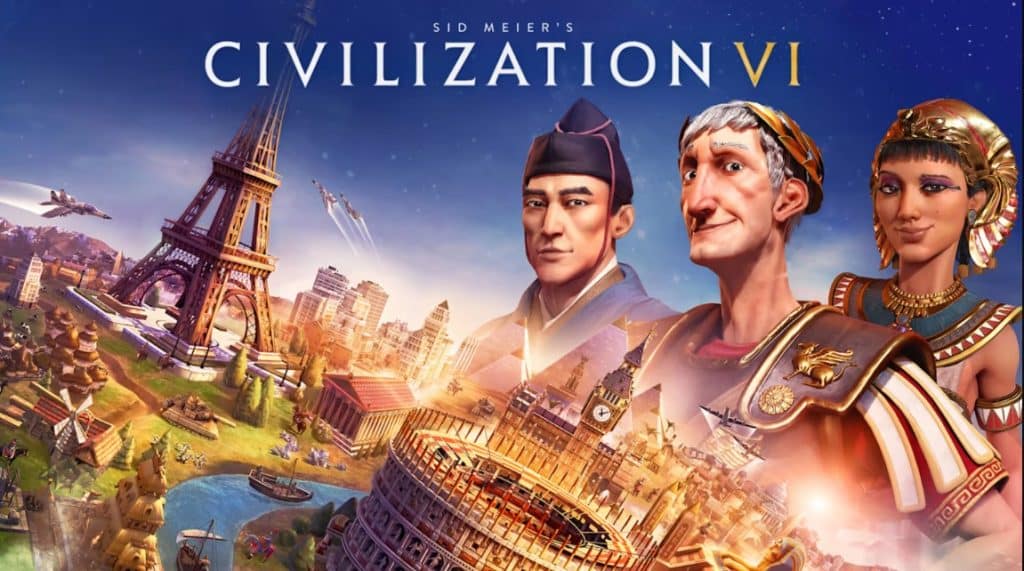 Labeled by many as the best Civilization game yet, Civilization 6 brought some bold and smart improvements to this 25-year-old series. Bringing new levels of depth, Civ 6 captivates players like no other strategy game.

But, with improvements and new inclusions come plenty of complexities as well.

The latest installment brought in new leaders, bigger civilizations, brand-new natural wonders, and so much more, but our focus is on the Civ 6 leaders and civilizations.

With a grand total of 58 leaders and civilizations, picking and choosing gets tricky.

And that’s where we come in. Or, more appropriately, our Civ 6 leader tier list comes in.

Our Civ 6 tier list has 5 tiers ranking the best civilizations and their leaders.

Use this concise Civ VI tier list and decimate your enemies regardless of the mode you are playing.

There are no arguments about the S-tier being the best of the lot, but there are a few hidden gems in the lower tiers as well.

However, don’t go as low as E or F-tier looking for those gems. Halt your search at D-tier, and thank us later.

These Civ 6 leaders and civilization combos are the absolute best regardless of your playing style. Each of these civilizations offers something unique without compromising on the thing which matters most- winning.

This tier also hosts the best Domination Civ 6 civilizations, so this is where you want to shop really.

Victory won’t be on a plate, as is the case with some S-tier civilizations, but it’s still simple enough to be victorious using these Civ 6 civilizations.

The B-tier has 11 civilizations, each more contrasting than the other and each one tricky to master. If you manage to understand the mechanics and play to their strengths, these will annihilate A-tier civilizations.

Can you master these, though? That’s for you to find out.

As we move further down, understanding the mechanics of the game and the civilization itself gets more and more important. Up to B-tier, the leaders and civilizations are relatively easy to grasp for newcomers and veterans alike.

But the C-tier brings that to a halt.

The civilizations and leaders ranked in tier C of our Civ VI tier list are hard to master, but not to the point that it seems unrewarding. Once you get the hang of their mechanics, these civs are a recokning force.

Deciding which civilization made the D-tier was quite tricky for us because these are lousy enough to go further below.

The leaders have very uninspiring abilities and bonuses which reflect clearly on the structure and performance of the civilization on land.

You’ll struggle a lot, it will be no fun, but you’ll learn a lot about how Civilization 6 works. But, learning while winning is better than learning while pulling your hair out with frustration.

Even with in-depth knowledge and full-potential exploitation, you’ll need a lot of luck and a highly inexperienced enemy to win with one of these Civ 6 civilizations.

As our researcher felt, the adrenaline rush you’ll get afterward would be crazy, but it’s not worth the trouble.

We didn’t want to say it, but these are the crackups of Civilization 6. No noticeable perks or advantages, underwhelming leader qualities, and overall very burdensome to build on, these civilizations are just not worth it.

The only reason these are on our Civ 6 tier list is that we wanted to point out what to avoid.

Maybe if you’ve been feeling a little too overpowered using higher-tier civs, play a few turns with one of these and you’ll land back on earth very quickly.

And that’s that for our Civ 6 tier list. Although not very descriptive, our tier list is more than enough to develop an understanding of what civilizations and leaders are worthy of your time and attention.

Regardless of the victory you are focusing on or the playing mode you choose, this Civ 6 tier list holds true for everyone. Good luck playing!

More Game Tier Lists for You