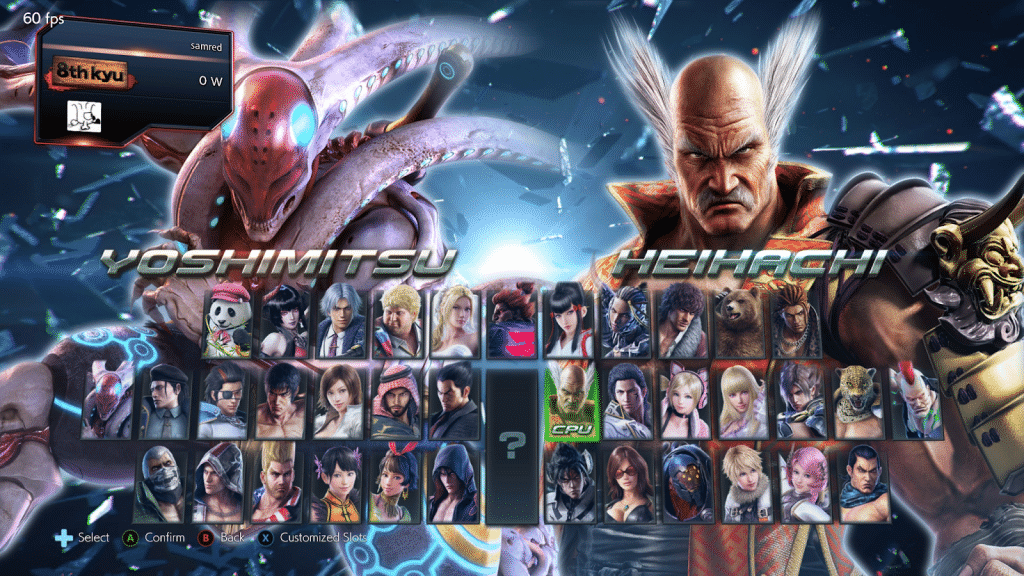 One of the best aspects of Tekken is its variety of characters and how small modifications can help evolve your characters.

Just like any one-on-one fighting gameplay, Tekken 7 also requires you to choose your characters carefully so that you can get the best of your opponents. And with this Tekken 7 Tier List, you will be able to select the best Tekken 7 characters.

With the help of the Tekken 7 tier list, you can leverage the best characters early in the game. The tier list will help you zero in on the best Tekken 7 characters based on their strengths and weaknesses.

In this Tekken 7 character Tier List, you will find the ranking of each character. This is helpful for new players who are just getting started and also for existing players who are looking forward to mastering their next characters.

This character tier list consists of 7 tiers, namely Tier S, A, B, C, D, E, and F. Tier S features the strongest Tekken 7 characters while Tier F consists of the weakest ones.

These tiers rank characters based on their overall strength, health stats, combos, and move sets. Let’s look at the various Tekken 7 characters from each tier.

The S-Tier characters are the strongest of the lot and Akuma leads the pack with the highest damage combos.

With Akuma, you can easily chain your attacks on the enemy. In case you miss your target, your opponent still can’t render much damage to Akuma. He is a God-level character.

Leroy and Geese Howard are some of the other prominent S-Tier characters known for their hard accurate hits and bridge combos.

Steve is yet another strong S-Tier contender who flaunts unorthodox fighting styles. He’s a tricky fighter to master but from a specs standpoint, he’s an absolute beast when it comes to offense.

Take Kazumi for instance. She possesses close-quarter committal moves and tools that help her approach enemies for an offense.

Even though A-Tier characters aren’t as superior as S-Tier, if you have had ample practice with an A-Tier character, you can confidently lock horns with S-Tier opponents as well.

For instance, in the 2019 Tekken World Tour Finals, the semi-finalist chose Kazumi during their final match, and not an S-Tier character. This proves the capabilities of an A-Tier Tekken character.

Jack 7 and Dragunov are some other popular A-Tier characters. Jack 7 is perfect for players who are great at creating combos and mixing attacks.

Dragunov on the other hand has grappling abilities, can create oppressive combos, and is best for rushing down opponents.

B-Tier Tekken 7 characters aren’t as strong as S and A-Tier. However, you can still use them to climb up the ranks.

Law is a great example of B-Tier. The character is perfect for gamers who are just getting started with Takken.

Law can perform simple combo attacks, flips, and somersaults as a quick offense to render major damage to his opponents.

Devil Jin and Lee are other popular B-Tier characters. Both of them can take a hit and still keep standing while perplexing their opponents with a barrage of unique combos.

All in all, B-Tier characters are perfect against other lower Tier and B-Tier opponents. But while standing toe to toe with A and S-Tier opponents, I am afraid you can’t do much.

C-Tier mostly consists of average fighters. Some of them are good with great stats and combos while others, not so much.

The only way you can put a C-Tier character to good use is if you have ample experience and game time with that character.

Bob is one such C-Tier character. He is a quick all-around fighter and once you get comfortable with his moves and combos you can do some real damage.

But being said that C-Tier fighters aren’t strong or effective enough to latch on to, as you start moving up the ranks.

You have to level up to higher-tier fighters if you want to make progress and match up to serious S-Tier opponents.

D-Tier characters may ace in certain areas but lack overall usefulness. So no matter how experienced you become with characters from this tier, it’s imperative that you switch to higher-tier characters when feasible.

Hwoarang is one character from D-tier who is difficult to use but is a strong fighter nonetheless. You have to focus on the combos and their sequence if you want to make the best of him.

Kuma and Panda are other D-Tier characters that might catch your eye. But their moves also take up quite some time to master and their hitboxes are a huge hiccup.

In short, use D-Tier characters only as the last resort.

The E-Tier Characters have some major flaws and are more susceptible to taking damage from opponents.

Yes, these characters are fun to play with especially Yoshimitsu, but you can’t rely on them for a decent winning streak.

Yoshimitsu brings chaotic moves into the match which can perplex your opponent to some extent. But no matter how experienced you are you won’t be able to move far using E-Tier characters.

These characters’ weaknesses overpower their pros and they shouldn’t be your top priority. Their stats are puny compared to S and A-Tier and should be avoided at all costs.

These are bottom-of-the-barrel characters and aren’t strong enough compared with other tiers.

We won’t call them useless, it’s just their combos aren’t that effective against other characters from top tiers and they also sustain a lot of damage from opponents’ counter-attacks.

As you can make out from the Tekken 7 Tier List for Season 4, higher -Tier characters have the meat combos, attacks, and better tolerance to damage from opponents.

That means you can find the best Tekken 7 characters from S-Tier and maybe even from A-Tier.