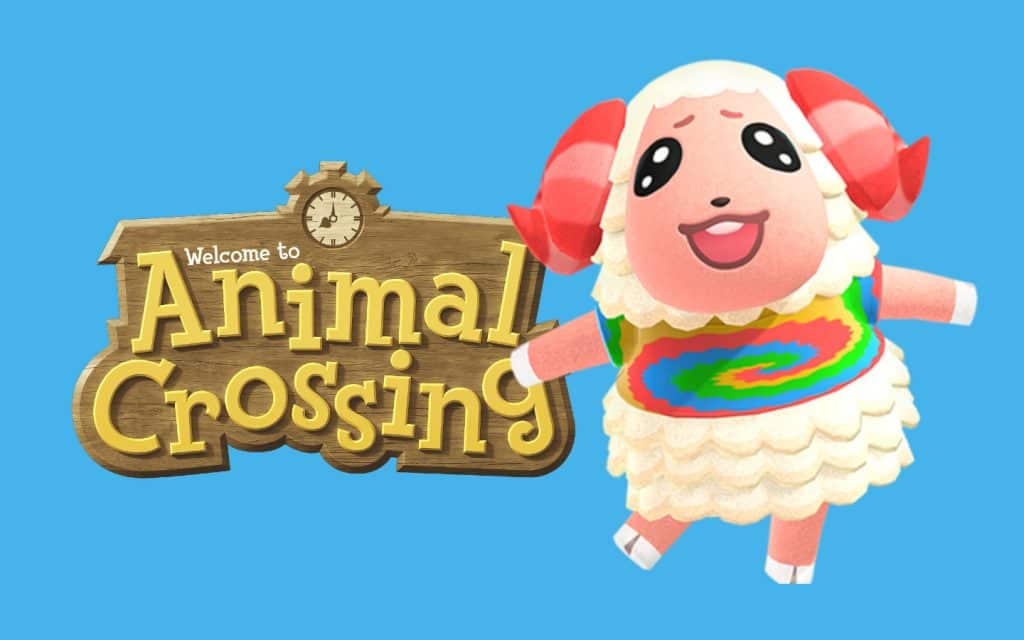 Make way for the fluffiest sports fan in Animal Crossing! Dom is here to help you patrol the island – he needs to reach his daily step count goal after all.

And if you need someone to count your squats, he’s the sheep to call. Know more about your new jogging buddy in this Dom Villager Guide!

Who is Dom in Animal Crossing: New Horizons?

Dom might look like an adorable fluffy sheep villager, but he actually has a Jock personality! This sports-loving puffball is one of the new villagers added to the Animal Crossing games, and only recently joined when New Horizons was released.

His birthday is on March 18th.

The game’s English localization has named him Dom. While the reasoning behind this isn’t clear, it’s possible it comes from the English word “dominating”. Dom does love to dominate any sports or exercise regimen he is into!

His Japanese name sounds way cuter, however. In the Japanese games, he is called Chachamaru, and it is a combination of chacha, meaning disruption, with maru as a common name suffix for boys. Dom sure does disrupt his neighbors just to talk to them about sports!

Dom is a sheep villager with fluffy creamish-white wool and pinkish-beige skin. His hooves are pure white, while his horns are stripes of different shades of pink.

The most notable feature of Dom is his facial expression. He has big watery or glinty eyes, with eyebrows in a downward curve, making him look like he’s on the verge of crying.

His mouth makes a cat-like curl, which makes his overall expression pretty cute.

His default outfit is a Tie-Dye Shirt, and he sometimes walks around with a Red Umbrella or a Veggie-Print Bag.

Because of his crying expression, his catchphrase in Japanese is funfun, which is the onomatopoeia for sniffing.

In English, he says “indeedaroo” a lot, and gives the impression that he is quite intense with his opinions. He is indeed filled with passion when it comes to sports!

As a Jock, Dom definitely loves sports. He will talk to you about exercising, doing extreme sports, and picking clothes that can make his muscles more prominent.

He has a Play hobby, so you’ll often see him run around the island with his arms extended.

Because he loves exercising so much, he will even talk about it with his neighbors and friends. Coach Dom? You bet!

He is willing to give some pointers on proper exercise forms and how many squats you should do per day.

He will get along with Normal villagers when it comes to offering exercise help but might get into a misunderstanding with easygoing Lazy neighbors who abhor physical activities.

Still, all’s well that ends well in Animal Crossing. With your help, any arguments can be fixed, and Dom will be willing to patch up any broken friendships. Nothing like a jog around town to deliver presents to cheer up both parties!

Like his colors, his house has a red, pink, and white color scheme. You can see a Red Wooden Tile Roof on top, White Log Exterior for the outer walls, and a Pink Rustic Door for the entryway.

His interior design is a lovely meadow that is perfect for sheep grazing. After a full day of exercising, Dom can relax and take it easy inside his house. He has a Backyard Fence Wall with a Backyard Lawn for the flooring.

Aside from being new, Dom became pretty popular because of his character design and facial expression. He became a viral sensation from meme images, fanart, and in-game custom designs.

In a lot of Animal Crossing communities, Dom continues to be a popular villager to have. He may not be as popular as, say, Raymond or Sasha, but he is still up there.

How To Get Dom in Animal Crossing?

In Animal Crossing: New Horizons, you get villagers in different ways. If you have a housing plot open, a random villager will move in the next day, and this is usually a villager who left one of your friends’ islands.

In your Campsite, a random villager can show up a few times per month.

Flying from one Mystery Island to another is a better method to find Dom. The game will pick species first, followed by personality.

For Dom, your game should pick sheep first, then Jock. There are 14 sheep in New Horizons, with Dom the only Jock, so your chances are pretty good. Be prepared to use a number of Nook Miles Tickets though.

The best and easiest way to get Dom is still through his Amiibo card. If you know someone with a Dom in boxes, getting him that way can be easy too, but just be prepared for any trading that might take place.

What to gift Dom in Animal Crossing?

Animal Crossing clothes in Active and Cute styles are Dom’s favorites. He also likes red or colorful items. For clothes, you can gift him a Handmade Crown, a Diner Apron, or a Dreamy Sweater.

Dom in the DLC

His head might be full of sports stuff, but he dreams of a vacation house full of gadgets and techy things! Use Crew Member’s Seats, Outdoor Generators, and Golden Gear Towers to complete his Happy Home Paradise request.

Is Dom a good villager in Animal Crossing?

Yes! His cute character design and his Jock personality are amusing together. He also has an adorable expression!

Can Dom be a starting villager?

Yes, it’s possible. Your first two villagers are always a Jock and a Big Sister. Dom has a Jock personality, so he can definitely be a starting villager.