Tutu Animal Crossing: New Horizons- How to Get, Gifts & More 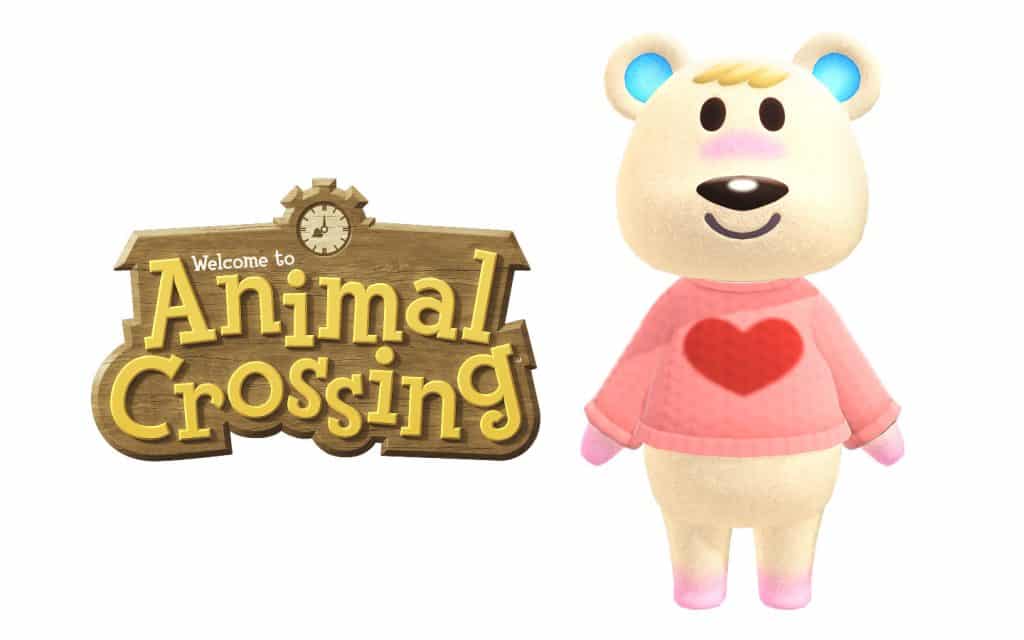 For a bear villager that’s upbeat and cheerful, Tutu is your gal. She’s cute and cuddly, and definitely, a bear that’s bursting with energy.

A round of applause for this popstar dreamer, as we welcome her in her very own Tutu Animal Crossing Villager Guide!

Who is Tutu in Animal Crossing: New Horizons?

Tutu is a bear villager that was in the first-ever Animal Crossing game (Doubutsu no Mori). She has appeared in every game of the series since then, with the exception of Wild World.

No reason was given as to why she wasn’t in Wild World, but her fans are glad that she’s back in New Horizons.

She has a Peppy personality, so expect cheery and energetic interactions from her!

Her name is based on the tutu dress that ballerinas wear. This matches Tutu’s interests in dancing and performing, plus her overall love for all things cute.

In Japanese, her name is Rennyuu, which means condensed milk. Before you get confused, it’s not as random as you think!

In Japan, they drizzle sweeteners like condensed milk or syrup on shaved ice like a frozen treat (called kakigori).

Tutu is a bear villager with white fur, and at first glance, she might remind you of a polar bear.

She has a notable blush above her nose, and the tips of her hands and feet have the same pink color as well. She has black oval eyes, blue inner ears, and a tuft of yellow hair on her head.

In New Horizons, her default outfit is a pink Heart Sweater. She’ll roam around your island with a Toad Parasol sometimes, and will carry around a pink bag when she goes shopping or picnicking.

In the English localization, Tutu loves to add some sparkles to her dialogue by saying “twinkles” in her conversations. This matches her bright Peppy personality to a T!

Meanwhile, in Japanese, she says “faito” or fight, which is a cheer she loves to say to uplift and motivates people around her. To this I also say, fight on, Tutu!

As a Peppy villager, Tutu can get super excited about things and will be an overflowing well of emotions and energy.

She won’t hesitate to let the player know how much she enjoys seeing them and hanging out with them on the island.

Because of this upbeat personality, it can tire out other personalities and might rub them the wrong way.

Cranky and Snooty villagers might not enjoy Peppy’s superstar attitude, and Big Sisters might not totally get their interests as well.

They will have pleasant interactions with their Normal and Lazy neighbors, since Normal villagers do admire the passions and drive of a Peppy, and Lazy villagers can bond with them over wacky and random questions.

Still, Tutu can misunderstand things and can get into small arguments, even with Normal villagers.

Smug villagers can also get a bit condescending to others, and Peppy villagers will not let the moment pass.

As a Peppy, Tutu will tell Smug villagers to cut the ridiculousness out. She can be quite fierce in her own chirpy way!

The exterior of her house is simple yet welcoming and totally adorable. It has a White Thatch Roof, Pink Clay Exterior for her outer walls, and Pink Metal-Accent Door.

Tutu seems to be fond of the color pink, so you can definitely add some pink flowers and pink-colored furniture to decorate her yard!

The pink and cute theme continues inside her house! Her interior wallpaper is the Pink-Striped Wall, and her floor is the Red Dot Flooring.

Her furniture is mostly part of the Cute Furniture Series, like her Cute Bed, Cute Sofa, Cute Tea Table, and even a Cute DIY Table. Her Cute Music Player blares Bubblegum K.K. 24/7!

Tutu’s popularity is so-so, but it’s alright for this cuddlesome and bubbly friend. She still has her loyal Tutu fans in a lot of Animal Crossing communities and corners of the internet.

How to Get Tutu in Animal Crossing

With luck and some Nook Miles Tickets, you can meet Tutu through Mystery Island hopping!

The game rolls for species first when looking for villagers on Mystery Islands, and personality is only considered after that.

There are currently 15 bears in New Horizons, with only two Peppy, Tutu and Pinky.

She could also show up as a Campsite visitor one day! If you have a full roster of villagers on your island already, she will randomly replace one if you want her to move in.

This process might also take a while since you have to win her guessing game. Villagers won’t move in that easily!

What to Gift Tutu in Animal Crossing?

Tutu talks and walks the Cute and Simple life! Get her outfits under those categories, with the colors pink and red, and she will go crazy over your gifts.

The more gifts you give to your villagers, the more chances they’ll give you their framed photo!

Her birthday is on September 15th. Why not send her a gift on her special day? Some suggestions are Cardigan School Uniform Top, Lacy Tank, or a Hibiscus Muumuu.

Tutu in the DLC

Tutu wants to have a cool vacation house—-literally! Build her a room with Windflower Fans and Shaved-Ice Makers so she can stay frosty.

If a cheerful and adorable bear is a villager you’d like to have on your island, look no further than Tutu. She’ll definitely want to have sleepovers with you, and jam to Bubblegum K.K. all the time. It’ll be “totes adorbz”!