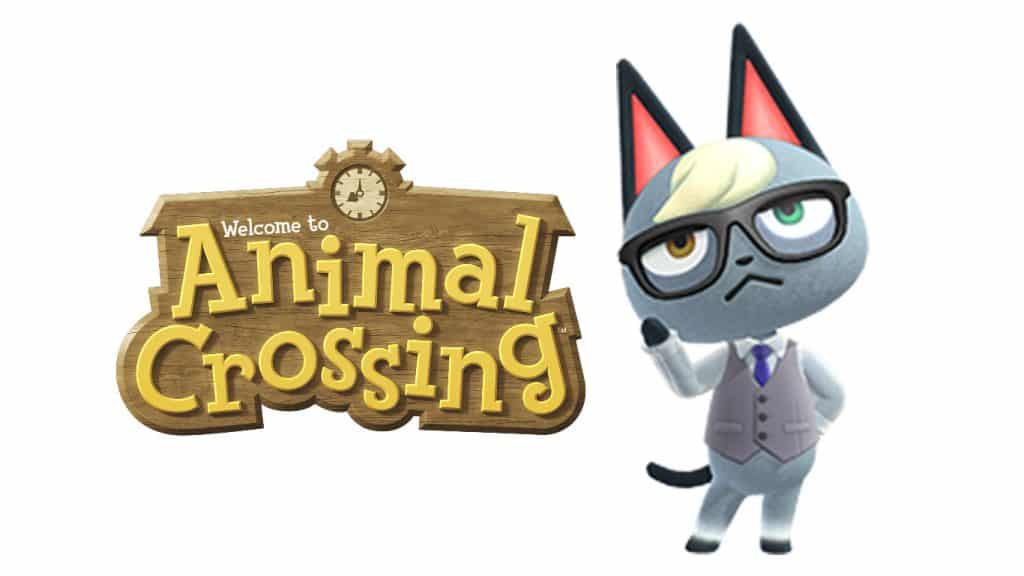 If you’ve heard of him but don’t know much about him, this is your chance to get to know one of the most popular villagers in Animal Crossing ever. A round of applause for Raymond as we introduce him in this Raymond Animal Crossing Villager Guide!

Who is Raymond in Animal Crossing: New Horizons?

Raymond is a new villager added during New Horizons. Currently, he is the only Smug cat villager in Animal Crossing.

Because of his unique character design, newness, and Twitter memes, he exploded in popularity and continues to top a lot of people’s dream villager lists.

His English localized name is Raymond, meanwhile, his original Japanese name is Jack.

Fans have speculated that both names came from Raymond James Financial, an investment bank, and financial services company.

Jack is thought to be a derivative of John (from Johnkin during medieval England to modern-day Jack) or James (with Jacques as the French form of James or Jacob).

He is one of the most unique-looking villagers in Animal Crossing, so it’s no surprise that a lot of fans consider Raymond as the best villager in the game.

And even though he’s not your cup of tea and far from being the best, you can’t deny that his character design is noteworthy.

Raymond is a cat with bluish-gray fur, black ears with pinkish insides, and a tuft of light blonde hair that’s brushed to the right.

He has differently-colored eyes – his right eye is brown, while his left eye is green. His paws and tail are black, which stands out from his gray fur.

His business or white-collar worker theme continues with his outfit. He wears a pair of black square glasses and a gray Waistcoat.

Most of his default wardrobe is in the colors black and gray since his umbrella is the Bat Umbrella and his bag is the gray net bag.

If you dig his office theme, Raymond is a good villager to have just on aesthetics alone.

Talk to Raymond and you’ll notice he says “crisp” in his conversations with you. Crisp can be used as an adjective that means brisk, matter-of-fact, and decisive.

In Japanese, he says “kiri” which could mean a lot of things since we don’t know the specific Japanese characters used. But if we continue his business theme, it could mean sudden profit or just being succinct with his conversations, which is similar to crisp.

As a Smug villager, Raymond will express his passion and interests a lot. He is fond of the finer things in life and will tell everyone how to enjoy life in elegant and extravagant ways.

He’ll still be sweet to the player in his smug ways by telling you to spend some fancy me-time for some self-care. Raymond spreading self-love? That’s a good villager right there!

Still, his smugness can upset other personalities. When interacting with his neighbors, Raymond can be too forward with his flirtiness or haute couture preferences.

Snooty villagers will not tolerate his snobbish tendencies, and it’s usually up to you as a player to pacify the two.

Don’t worry, this popular dream villager still has friends. Raymond gets along with his fellow Smug villagers and they will often bond over similar interests, like having lip balm all the time or their fascination over tiny umbrellas on drinks.

Raymond can also bond with Peppy villagers. Smug and Peppy personalities enjoy the spotlight and love music, performing, and putting themselves out there in front of a crowd. They revel in the attention!

Interacting with a Smug villager like Raymond is always an amusing experience, especially when he converses with his neighbors that have different personalities.

He might get into arguments and he can get roasted by Snooty villagers, but he can also be caring and endearing in his own way. Consider including him in your villager list!

Raymond’s house exterior has dark and formal colors, which continues his business theme. He has a Black Slate Roof, Simple Black-Brick Trim for his outer walls, and a Green Iron Grill Door. You can decorate his yard with the same colors so it all matches!

Step inside his house and you’ll immediately see his office worker room. Upon entering, his Office Desk greets you, front and center.

Raymond seems to be working all the time, so his house has all these office-related items like a Whiteboard, Document Stack, a Safe, a Desktop Computer, Newton’s Cradle, Water Cooler, and a Fax Machine. You deserve a “best employee” award, Raymond!

Oh, where to start with Raymond’s popularity, 2020 in Animal Crossing was definitely his year, and he was at the top of a lot of villager tier lists and was considered the best villager by a lot of fans.

To put it lightly, everyone and their mother went crazy for this Smug cat.

For a short time, Raymond was a rare villager, due to the fact that he was new, and didn’t have an Amiibo card, the only way to get him was by luck, and a lot of people wanted him. And when the demand is high but the supply is low, prices can get crazy.

“How much does Raymond sell for?” You might ask. Well, he was always at a whopping 800 Nook Miles Tickets (NMT), and at one point even reached 1000 NMTs! He became so sought after that people started selling him for real money.

And what kicked off this whole thing? A Twitter post of him wearing a Maid Dress. If you’re wondering why he wears a maid outfit, there’s your answer.

This whole Raymond crazy fever has slowed down now, but Raymond continues to be very popular in a lot of Animal Crossing communities. He is still on a lot of dream villager lists and is still considered and treated as a very good and rare villager at times.

Raymond has an Amiibo card now, so maybe he’s not so rare anymore, but you bet a lot of people are still clamoring for this Smug cat.

Chance To Get Raymond in Animal Crossing

To get Raymond for free, you have to find him through Mystery Islands or your Campsite. You have to hope that luck and chance are with you for him to show up.

For Mystery Islands, the game rolls for species first, and personality second. He’s the only Smug cat, so there’s a chance you’ll get lucky!

The easiest way to get villagers is through Amiibo, and luckily Raymond has an Amiibo card now. “How do you get a Raymond Amiibo card?” A good place to start is the official Nintendo store on Amazon.

What You Need to Get Raymond

Raymond likes Cool and Elegant styles and the colors black and gray. His birthday is on October 1st, so you can give him a Chesterfield Coat, a Vampire Costume, or a Monocle.

Or you can give him a Maid Dress. We won’t judge.

Raymond in the DLC

He wants a tailor shop in Happy Home Paradise. Use a Covered Counter, Antique Console Table, and an Old Sewing Machine to fulfill this request.

Raymond has Complete Heterochromia. This is when one iris has a different color than the other.

In a lot of villager tier lists, Raymond is still included in the top 3. For a long time, he was considered the highest ranked or the best villager.

Is Raymond a rare villager?

Sort of. Raymond can be difficult to get because there are a lot of cat villagers. Smug personality is also the least common male personality and was only introduced in New Leaf.

Why does Raymond wear a maid outfit?

Yes! He is still included in most top 5 rankings.

And that’s it for this business-loving, Heterochromia-having, ever-so-popular Smug cat Raymond! For fans who are still looking for him, I wish you all the best and I hope you get your dreamie Raymond soon!