Genshin Impact 3.4 Livestream — All You Need To Know 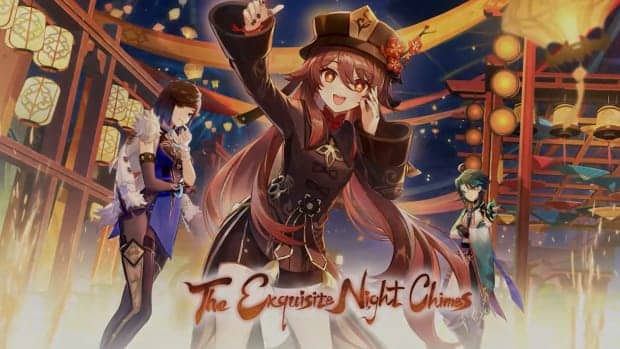 The livestream of Genshin Impact version 3.4 is packed with fascinating new details about the next update!

Version 3.4 will introduce a new region of Genshin Impact Sumeru in addition to two new playable Dendro characters. It’s the third part of Sumeru to be explored in Genshin Impact, following the capital city in 3.0 and the desert in 3.1.

In addition, the players will travel to Liyue once more to take part in the celebration of the Lantern Rite. Since it was also observed in Genshin Impact version 1.3, it seems to be an annual occurrence. The following is a complete breakdown of the Genshin Impact 3.4 livestream.

Genshin Impact will introduce both Alhaitham and Yaoyao. Unlike Yaoyao, who is only a 4-star polearm user, Alhaitham is a 5-star swordsman.

The banner for Alhaitham will appear during the first half, immediately following the replay of Xiao. In addition to Yaoyao, she is featured here as well.

Meanwhile, both Hu Tao and Yelan will have features in the second half.

With the release of Genshin Impact 3.4, a brand new desert region of Sumeru will be available to players. Moreover, it comes with a brand new boss, a set of achievements, foes, domains, World Quests, and commissions.

Setekh Wenut, the new World Boss, will be found in the deserts of Genshin Impact 3.4. Farming this boss is likely going to be necessary for players who wish to supply Alhaitham with the materials he requires.

Genshin Impact 3.4 adds a wide variety of new opponents, including:

Light of Foliar Incision, Alhaitham’s hallmark sword, is a new 5-star weapon. Version 3.4 has not yet revealed any new 4-star weapons.

A five-star protagonist should, of course, have their own Story Quest. If you have version 3.4, you can play Alhaitham’s Story Quest.

These are the upcoming new events in the game.

A Fortuitous Invitation, usable only once per Lantern Rite, will allow players to invite a single Liyue character of their choosing. Around the time of the Lantern Rite event, you can get 10 free copies of Intertwined Fate, in addition to several additional freebies.

Designers hinted about upcoming changes to TCG, such as new cards and gameplay twists.

Springbloom Missive is a brand-new skin that can be applied to Kamisato Ayaka. This skin is available for the very first time outside of the starter characters.

Lisa — A Sobriquet Under Shade

Lisa also had her moment in the spotlight with a new outfit associated with the time she spent in Sumeru. Players will need to take part in the Second Blooming event, which will be introduced in Genshin Impact version 3.4 in order to obtain her skin.

Speaking of starter characters, a third character that you can get for free as the story progresses is well-known for her outwardly-mysterious and shady persona — here’s a complete overview of Kaeya!