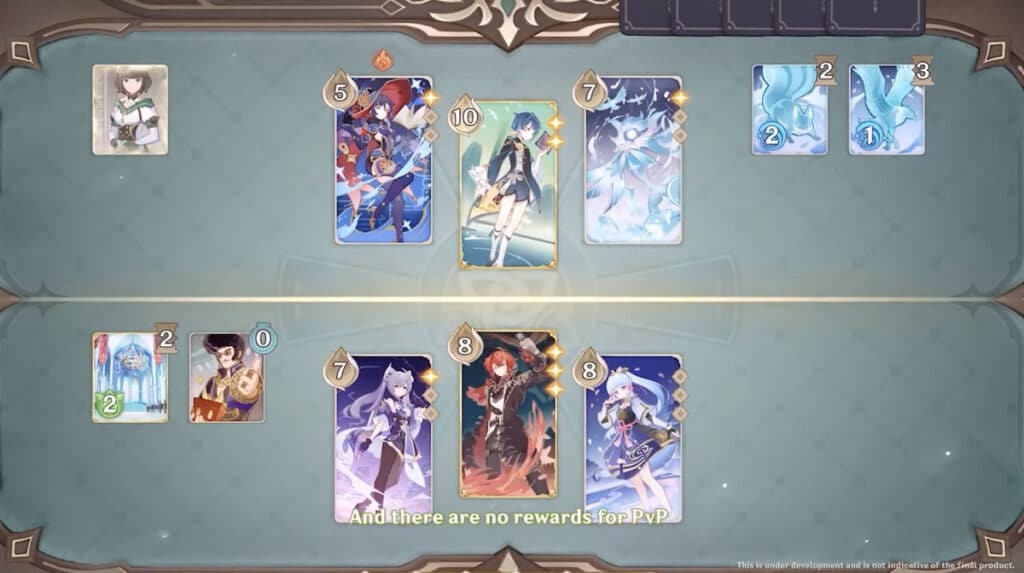 Genius Invokation TCG will tweak some of the most effective strategies TCG by the upcoming adjustments introduced in Version 3.4, as revealed in a recent leak to Genshin Impact.

When Version 3.3 was released earlier this month, it finally brought with it the TCG mode, which had been speculated about for a while. Moreover, Genshin Impact’s most potent character cards, such as Ayaka, Collei, and Yoimiya, have inspired tactics. Changes to the game’s equilibrium are already in the works for the next HoYoVerse update.

According to rumors, Beidou and Klee, two famous characters, joins the TCG as playable characters in the next Version 3.4 release. After the first week of the patch’s release, players can recruit Cyno as a playable character for the first time. The upcoming TCG patch will include these much-needed balancing improvements.

Who is the insider?

Pengepul Teyvat, a Genshin Impact leaker, recently disclosed improvements coming to four Characters and an Event card for Version 3.4, including the as-yet-unreleased Beidou. Yoimiya’s Elemental Burst has had its Energy cost increased from 2 to 3, while Collei’s Talent card has had its Dendro Dice cost increased from 3 to 4. Before her release, Beidou’s Burst will also have her costs raised to match Yoimiya’s, and its damage reduced from 4 to 3.

Other patch notes from the Genshin Impact TCG leak

Maguu Kenki’s Skill now deals minimal damage, and the Minty Meat Rolls Event card only lowers the cost of the next three attacks. To counteract the most dominant decks in the game’s early competitive meta, several balance adjustments come for Version 3.4. In an early play of the Genius Invokation TCG, Yoimiya was an essential part of a Melt deck that featured Ayaka. Being one of only two Dendro characters in Genius Invokation, Collei is an important component in early builds that focuses on the Quicken reaction.

We have something up on our sleeves, so you better prepare yourself on how to level up faster than most players in Genshin Impact.