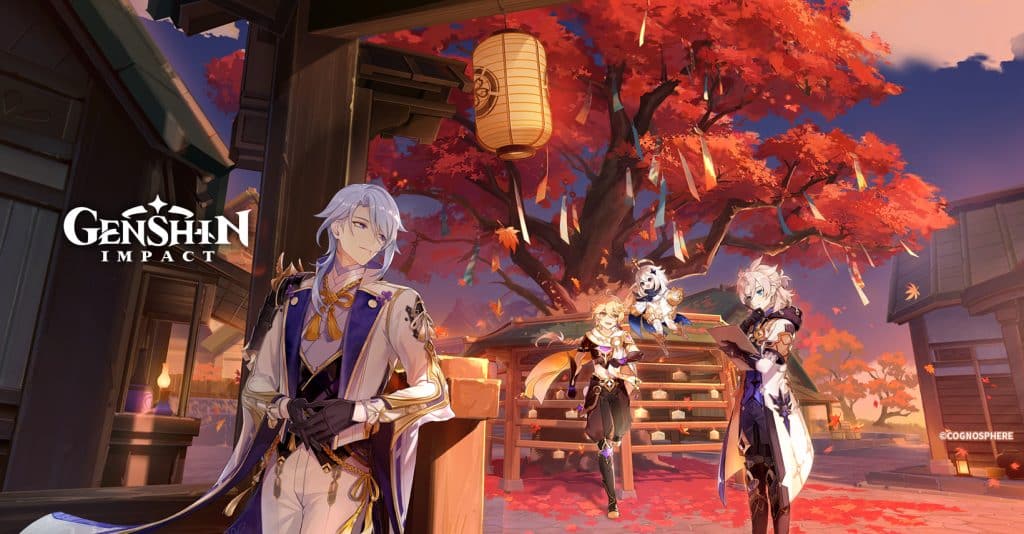 As fun as Genshin Impact is, sometimes we can’t help wanting to speed things up a little. That’s the nature of the genre but that doesn’t mean you need to slog through Genshin Impact just to increase some numbers.

Sure, it can be slow, but overall, Genshin Impact is pretty generous with their in-game resources with various ways to attain them. That’s why today we’re going to show you a few ways to speed up the leveling process.

Knowing how to level up fast in Genshin Impact is important if you want to progress to mid-late game stuff. That’s where the fun really happens.

First, let’s go through the basics for newcomers to the game.

How to Level Up in Genshin Impact (Basics)

The first thing to know about Leveling Up in Genshin Impact is there are a few things you can upgrade. You don’t have to upgrade all of them right away but focusing on upgrading certain things will make it easier overall.

The first World Level upgrade is at AR 25.

Adventure Rank also determines level caps for Domains, Quests, game modes, and other locked content. You’ll need to meet these AR levels before you can unlock mid-late game content so it’s good to get Adventure EXP whenever you can.

Increasing your AR inadvertently increases World Levels, so focus on this if you want to unlock all Genshin Impact content.

Then there are Character Levels that determine your character levels & stats. These are levels applied to each character separately and will make them strong enough to handle higher-difficulty enemies.

The best ways to upgrade characters are by using Character EXP Materials and finishing Quests. Defeating enemies doesn’t yield much EXP so it’s not ideal for leveling up in Genshin Impact.

You can upgrade up to Lvl. 90 which requires a considerable amount of Character & Common Ascencion Materials, Local Specialities, and Mora.

Lastly, there are Weapon & Artifact Levels which determine how strong your Artifact buffs and Weapon’s DMG are.

These upgrades are essential because the set bonuses & boosts from Artifacts make or break builds.

High-level weapons are important when fighting higher-leveled enemies and bosses. Not dealing enough damage or not getting upgraded buffs can make Domains and certain boss fights impossible.

Similar to Character Levels, these can also be Ascended to increase level caps, stats, and buffs.

Level these according to your Character Level to make sure they’re not underpowered.

How To Level Up Characters Fast in Genshin Impact

Before fully leveling up a character, you need to figure out which character to invest those resources into. As abundant as EXP materials are, it’s still a big investment to Lvl. 90.

Keep in mind the few select characters you like and the team compositions you need. Then start leveling up and Ascending these characters using Character EXP Materials.

There are three types of Character EXP Materials –

This method is going to be your main method of leveling up characters. To make it faster, here are some tips to optimize the process.

Most gacha and RPG gamers know a fundamental rule to these types of games; save any and every resource you get. In Genshin Impact, one of the most important materials to save is EXP Materials.

EXP materials are the main method of leveling up characters, weapons, and artifacts. Keep a healthy stock of each of these materials and do not use them all at once.

A common mistake new gacha gamers make is spending all their resources at the start. At first, they might be simple to get, but over time as you progress to higher levels, they become scarce.

I’d recommend saving Hero’s Wit as much as possible and using them on characters you want to play with.

Summoned a new character and excited? Check out some builds and guides and see if they match what you’re looking for. You don’t have to upgrade every character you get.

Save those materials for your core team first. Once you build a healthy supply of EXP materials, you can upgrade more characters.

Speaking of Character EXP Materials, Ley Line Outcrops are a great way to farm this all-important resource. You’ll have to do Blossom of Revelation Ley Line Outcrops to get EXP materials like Adventurer’s Experience and Hero’s Wit.

Blossom of Revelation Ley Line Outcrops is available once you reach AR 8. You can find them on the Map and navigate to them to initiate a fight.

Usually, this involves fighting 6-7 enemies and defeating them to obtain the reward.

Once you defeat all the enemies, you can Revitalize the Ley Line to obtain its rewards which include some Adventure EXP, Character EXP Materials, and Mora.

Increasing your World Level will also increase the rewards you get from Ley Line Outcrops. At World Level 0, you’d get 7-8 Wanderer’s Advice & 3-4 Adventurer’s Experience.

But at World Level 4 you get 6-7 Adventurer’s Experience & 2-3 Hero’s Wit. Outcrops are a major requirement for farming Character EXP, so take advantage of it.

Loot All The Chests & Materials

There are plenty of chests scattered around Teyvat and some are better than others, but most will reward you with something you can use. They might not be the most glorious but are essential to upgrading and leveling up characters.

Every chest drops a set number of Primogems, Adventure EXP, Mora, and Sigils.

Chests scale depending on the rarity of the chest. Rarer chests = better rewards.

In terms of materials, I’m mainly talking about the ones you can pick up like Local Specialities. You’ll find all kinds of Local Specialties growing in each of the different regions in Teyvat.

Most times you can ignore them but every once in a while, it’s a good idea to gather them up. You might not need the material now, but down the line, once you unlock a new character that needs it, you can easily Ascend the character.

It’s not super important and is mainly to save time but it’s a good habit to have. You never know when you’ll need an extra Calla Lily or two.

How To Increase Adventure Rank Quickly in Genshin Impact

Much of the progress you can make in Genshin Impact is tied to your Adventure Rank. Adventure Rank determines which content you have access to, Quests, World Levels, Ascension Levels, and more.

Most activities you do around Teyvat will award you some Adventure EXP. But other activities are much easier to complete and award a buttload of EXP.

Probably the best way in the entire game to consistently get Adventure EXP is by completing Daily Commissions. These are easy to do daily missions where you’ll need to help someone out or defeat a certain number of enemies.

They’re quick, easy, and reward 200 EXP per Daily Commission. Completing them all will reward a bonus of 500 Adventure EXP which is plenty.

Daily Commissions are unlocked once you reach Adventure Rank 12.

You can also complete Story and Archon Quests both of which award plenty of Adventure EXP. Just keep in mind there aren’t too many of these and some are locked behind certain levels/AR.

Domains are another option to farm a bunch of materials at once. You can find Weapon and Artifact Enhancement Materials and at the same time gain Adventure EXP for completing them.

Know any super quick tricks to level up in Genshin Impact? Let us know in the comments and we’ll add the best ones!