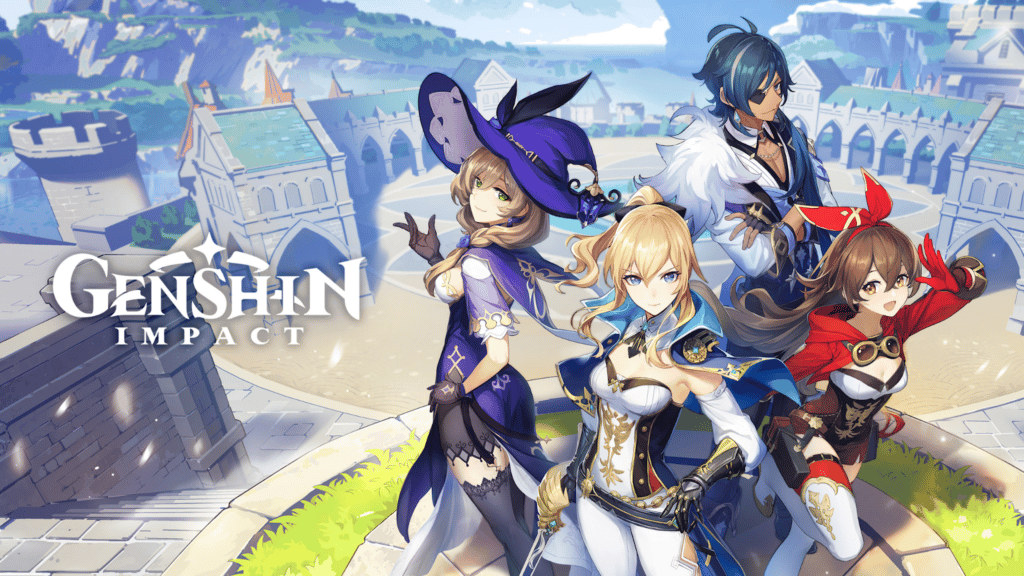 Genshin Impact is a gacha game. But it is also way more than that. It has fast become one of the most played and viewed games in the world, and a genre-defining title in its own right.

The game was released for the PC initially but now has also seen releases on iOS and Android. Today, however, we will talk about the PC release and what you need to do to level up faster, unlock more characters, and have more fun in Genshin Impact!

Before we jump right into the game, here are the minimum and recommended specs required to have a playable experience in Genshin Impact.

How to play Genshin Impact on PC

The world of Genshin is one full of mysteries, with all kinds of characters ranging from the comic relief, the shady dealer, the shadier wizard, and the big bad final antagonist boss character.

Aside from that, the various terrains of Teyvat, where the game is set, is lush and extremely fun to traverse.

You start the game as one of two twins that are separated while fighting a mysterious, powerful being who can seemingly phase in and out of reality.

It is here that you make the first character choice, as the other twin will be taken away into the pocket reality of the stranger.

Afterwards, you wake up in the middle of a strange land, with a spirit-type character named Paimon who will guide you through the basics of combat, traversal, skills, abilities, navigation, and other things.

Just follow her to reach the nearest city, Mondstadt, and start talking to the locals there for your first set of adventures!

The definitive way to progress in Genshin Impact is by way of Adventure Ranks. These are your progress markers and you level up as you play the game.

Your AR determines a lot of things; the difficulty of the enemies around you, what characters you can start quests with, what weapons you can access and upgrade and more.

Even if you just want to enjoy the story, you will have to progress your Adventure Rank further up.

Up next, is how to increase your AR quicker and progress earlier through the game using several items and mechanics. The fastest way you can increase your Adventure Rank is to quickly finish the given quests.

However, you also get AR from defeating enemies, opening chests around the world and uncovering the secrets of Teyvat.

You can increase your Adventure Rank through Waypoints. In the tutorial section, Paimon will guide you through the process of interacting with the Statue of Seven and Teleport Waypoints.

When you activate both of these, you can access several fast travel routes throughout the world of Teyvat. Each new Statue of Seven that you interact with gives you a moderate amount of Adventure Rank, so be on the lookout for them.

Throughout the city of Mondstadt, the first location that you go to, you will also encounter several people that can help you unlock things that will get you more RP.

One such example is Katheryne, who can help you unlock the Adventurers’ Guild once you speak with her. Here you can also claim several rewards for raising your AR.

Another way is by completing a set of random missions that you will be able to access once you reach AR 12. Each mission contributes to your progress by giving you AR points. At the end of them, report to Katheryne to receive your rewards.

The vast world of Teyvat holds many secrets and rewards for the ones brave enough to explore it. There are several unique locations with unique enemies, dungeons with massive rewards for clearing them, and innocuous-seeming puzzles that increase your AR once you solve them.

The way you progress via exploration is Chests. Chests are scattered at various locations, and you access them by clearing out enemy strongholds, camps, solving puzzles and at random places out in the world.

There are 4 main types of chests –

These chests get tougher and tougher to access once you move up the ranks, so make sure you are well-prepared to deal with the enemies that come your way.

Bonus: You can also attempt and complete several Time Trials to get more AR and progress faster.

Also, you get collectibles known as Oculi by traversing throughout the world and solving puzzles.

Oculi are orbs that float around the game world that can be collected simply by making contact with them. They are also coded according to the regions you find them in.

Oculi can be used to level up the Statue of Seven, which will then grant you access to new ranks, powers and abilities.

You also get Sigils, which are elemental items that can be collected simply by completing missions or opening chests. Sigils are used to buy items from their respective regional shops.

Enemies in Genshin Impact are also varied and get stronger as you do. From minions to bosses, you will face Crusher, Handyman, Marksman, Potioneers (Cryo, Electro, Hydro, Pyro), Pugilist, Scout and Seamen enemy types.

There are various materials scattered around the map that you can farm and use to develop potions as well as augments to your existing kit.

Some of these are found in the world by interacting with small creatures, mineral ores and plants, and some can be found in shops around Teyvat.

You can use these materials to craft weapons at the Blacksmith’s shop, cook food and carry it with you for a health boost, or craft gadgets with them to help in your journey.

There is also segmentation around materials, with Local Specialties being locked to a region. Each of these materials come with specific and universal use cases, so make sure you have space to collect them.

As you will know, there are several types of powerful weapons and skills that are unique to each character in Genshin.

Weapon types include Swords, Polearms, Bows, Claymores and Catalysts. Each character that you unlock in Genshin will use one of these weapon types according to their style.

Weapons also level up and get more powerful as you progress through the world and the story.

You can also craft stronger weapons by visiting the Blacksmith, but for the most powerful Five Star Weapons, you will have to go through the gacha system that Genshin employs.

Additionally, you can use Artefacts to buff yourself. Up to 5 Artefacts can be used on your character at one point,

Now that you have a basic idea of how Genshin works, let’s talk about how you play co-op with friends!

How to Play Genshin Impact in Co-op mode on PC

Playing online with your friends in Genshin is pretty simple. To find your friend, just enter their UID in the Paimon menu (each UID is unique) and you can add them to your friends list if they accept.

You can also enter your friend’s Genshin Impact sessions by opening the Paimon menu and going into Friends. Here you can click on your friends who are online and playing.

Next, find who you want to play with and send a request to join their session. Once they accept, et voila!

Now, if you want to set up a Co-op session, just click on Paimon and select Co-op. At the bottom left corner, you will see the World Permissions setting. Set it according to your needs and wait for a player to join and there you go!

A massive game in both quality and quantity of resources, Genshin Impact promises hours of free fun if you can carefully navigate around the initially-complex gacha system.

Genshin Impact on PC is just as easy to play, but difficult to master, and even more fun with friends to help you!

Want to know the best builds for characters in Genshin Impact? We’ve got you covered – here’s Thoma, Aether, Alice and more!