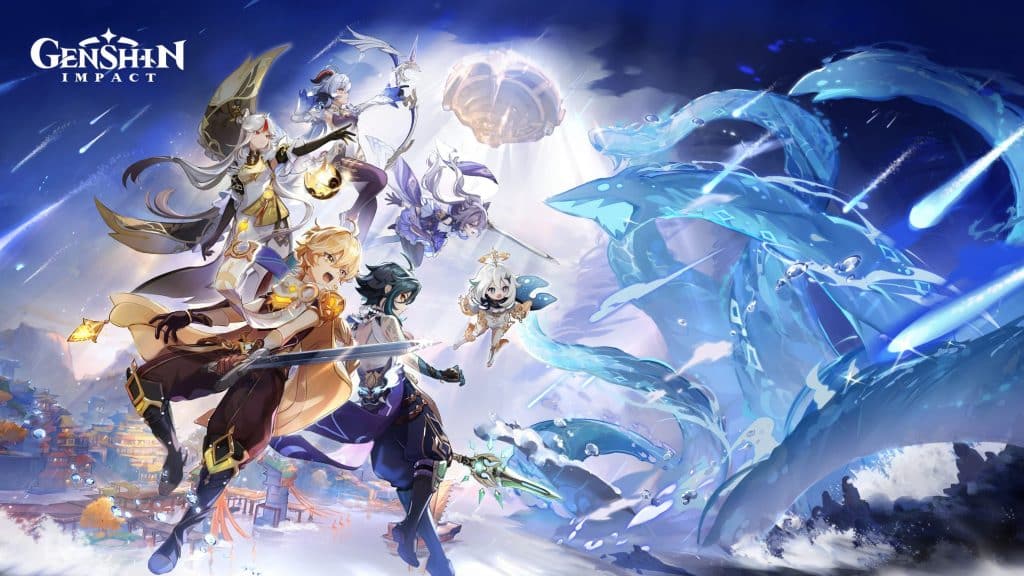 Aether in Genshin Impact (or Lumine) is the very first character you get as you start your journey in Teyvat. And yes, being a starting character does have its downsides; he won’t be as powerful as most other characters in the game.

As a starter character, he’s a great introduction to Genshin Impact even with his weaknesses. But if you’re looking to make Aether a (somewhat) powerhouse, there are a few things you need to keep in mind.

That’s why today, we’re going over everything there is to know about Aether in Genshin Impact. We’ll check out the best Element overall, his playstyle and Talents, & his Weapon & Artifact build.

Let’s get started with figuring out the best Element for Aether & Lumine.

Which Element to Play As?

Unlike other characters in Genshin Impact, the Traveler siblings Aether and Lumine don’t have a Vision. This means they’re not bound to one Element like Anemo, Pyro, Geo, Electro, etc.

You can easily switch between the 3 available Elements, Anemo, Geo, and Electro by going to a Statue of the Seven in 1 of the 3 regions and ‘Resonating’ with the Element.

Anemo is the first Element you can Resonate with and is the starting Element. As such, it’s pretty low-powered and is thought of as the weakest of the three Elements.

Crowd control and grouping enemies are useful, but there are many other characters who do it better.

Geo is the second Element you can Resonate with once you reach the Liyue region. Of the three, it’s a middle ground and is good enough to function in most situations. Geo focuses on shielding and creating structures that can block damage and attacks.

Geo Traveler can function as a Sub-DPS or Support role.

Electro is the third and last Element you can Resonate with once you reach the Inazuma region. Of the three, it’s regarded as the best Element for Aether & Lumine for its ‘battery’ capabilities. Electro focuses on recharging party Energy with Elemental Skill & Burst procs.

Electro Traveler can function as a Support role.

Of the three, you’re best off as either a Geo or Electro Elemental. Today though, we’ll focus on the Traveler’s Geo build as we think its skills and ‘role’ are unique enough to not be replaced immediately.

Aether’s Geo build is focused on shielding damage for the party with Geo barriers and his Elemental Skill & Burst. He can play in either the Sub-DPS or Support role but he’s most suited to playing the Support.

On our Genshin Impact Tier List, Aether’s Geo ranks in the C-Tier, which means there are many other characters who can perform his role.

But if you have no other option, he’s still capable enough. He’s a Sword-type weapon user for quick, versatile attacks.

Regardless of his Elemental type, Aether/Lumine has the same Normal & Charged Attacks.

Aether’s Normal Attack is a swift 5-hit combo with his sword.

His Charged Attack consumes a portion of stamina and performs a dual sword swing that launches smaller groups of enemies backward.

Aether’s Elemental Skill, Starfell Sword, summons a meteorite from within the earth and deals AoE Geo Damage at the point of impact.

Holding the Skill allows you to position and choose where the meteorite is placed.

The meteorite that pops out of the earth is a Geo Construct and can be climbed, making exploration of high-to-reach places easier.

At the end of the Burst cast, Geo crystals form a wall around the point of activation. These constructs can be used to block enemies in/out of the wall or to block incoming attacks.

Aether and Lumine’s Geo skills are mostly for shielding and blocking enemies and their attacks. Damage isn’t as high as other Geo characters, but it’s passable for early-mid game content.

Aether’s Geo Lvl.1 Constellation, Invincible Stonewall, buffs Crit Rate by 10% for the party in the radius of Wake of Earth while increasing resistance to interruption. This is a great little buff for Aether’s Elemental Burst, giving it offensive and defensive capabilities.

His Elemental Skill is also incredibly useful during Exploration as it can create a platform to climb and jump from. This little added elevation is great during the early-mid game when you don’t have any other characters that can do something similar.

And since the Elemental Skill also charges party Energy, he can act as a battery for faster party Bursts, greatly adding to his Support capability.

Overall, Aether’s Geo Talents are great for a defensive and slightly offensive output. Damage potential is sorely lacking but if you can look past that, Aether’s Geo can be a great addition to certain team comps.

This increases Aether’s Support capabilities by charging Energy faster and amplifying damage from both the Elemental Burst and Geo sources as we’ll be proccing the Burst often with this build.

This has a 60% chance to occur after Critical Hits. Energy recharged in this instance regens 6 Energy and can occur once every 12 seconds.

With this, we’re amplifying how often Aether can use Wake of Earth which provides a higher crit rate and defends against attacks while dealing massive AoE Geo damage.

This will be the main Talent in this build but you can use the Elemental Skill to create shields and recharge Energy for the party.

Overall, Favonious Sword is one of the best weapons for Aether’s Geo support build. But if you don’t have the weapon just yet, check out these great alternatives.

In this case, you should opt for a full 4-piece set bonus Noblesse Oblige for the drastic increase to Elemental Burst Damage and ATK buff. This makes up for the somewhat lacking damage potential from Geo Aether.

Paired with our weapon of choice, Favonious Sword, you can activate the Elemental Burst often while increasing its damage and buffs simultaneously. While damage won’t be on par with other powerful Geo characters, it’s still powerful enough.

How Old is Aether in Genshin Impact

Before even jumping into the game, you’re forced to a choice of whether you want to become Aether or Lumine. Once you’ve chosen, you cannot change your character model again.

Thankfully, there aren’t that many differences besides the character model. Everyone in the game refers to you as either the Traveler or some other ambiguous nickname. The only big difference between the two is their constellation page. 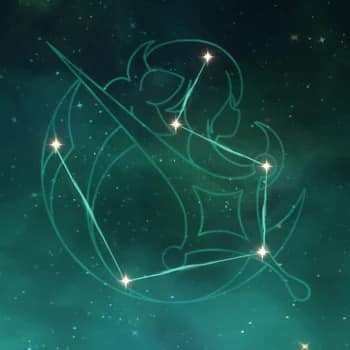 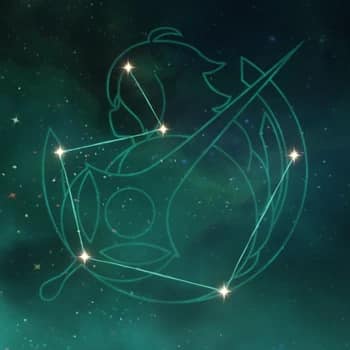 Other than this, there are no big differences between Aether and Lumine.

On that note, we’ve reached the end of our Aether Genshin Impact build, and hopefully, you have a clearer image of how the Traveler fits in your team comps.

But we wanna know what you guys think, is the Traveler a forever benchwarmer? Or are they useful in certain situations?