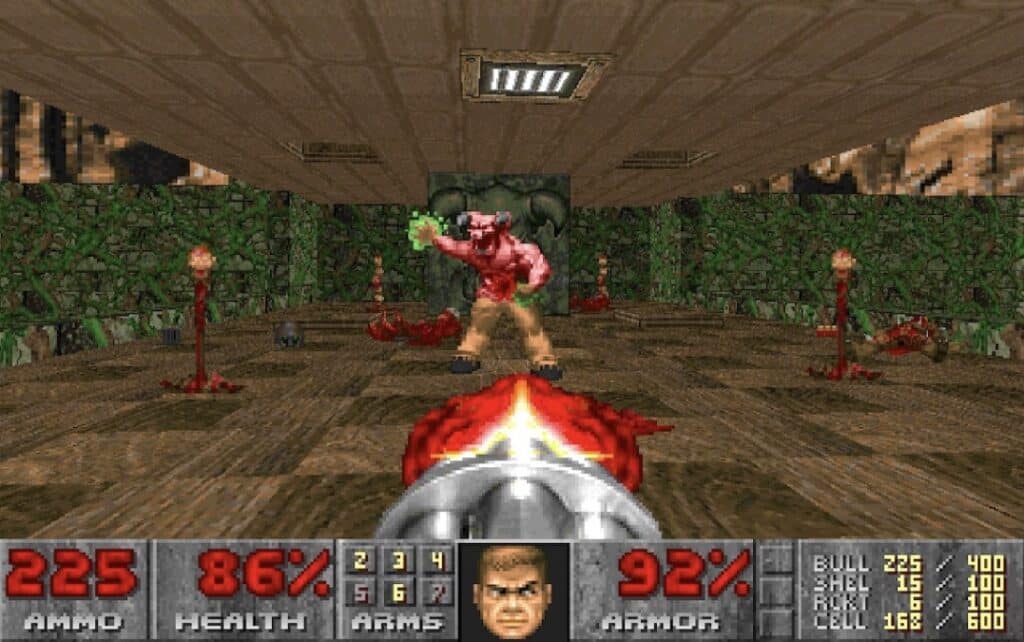 The original Doom game from 1993 proves it can run with anything, even in Unity Engine!

An avid player of the Doom series proves the compatibility of the classic first-person shooter by getting it to work in Unity Engine. However, that doesn’t mean it was constructed from scratch or included in the application. Instead, it has been adapted to work with a specific feature of the Unity editor.

It’s no secret that id Software’s latest release is a port that’s seen action on a number of platforms. A seemingly infinite variety of platforms, from MS-DOS and early Windows to the Xbox One and Switch, can play the shooter.

However, those are official ports, and fans have also gotten the game to play on some weird devices throughout the span of nearly three decades, with one fan even getting a version of Doom to run on a portable medical ultrasound scanner. A John Deere tractor, a smartwatch, a pregnancy test, and even Minecraft have all been used to play the game. Some people have taken it as a personal quest to create the most outlandish Doom port possible.

Got curious about the Doom series? We got a comprehensive review of Doom 3 in our sleeves here — the goods and the bads, but mostly goods!

What is Unity Engine, anyway?

When it comes to video game engines, Unity Engine is arguably second only to Unreal in terms of popularity. Cuphead, Pokemon GO, Among Us, Roblox, and the survival games Rust and Subnautica are just a few of the AAA and independent titles made on Unity. It’s not a totally costless development environment, but there is a free edition that has contributed to its widespread adoption.

Doom 1993 is widely regarded as a landmark in the history of video games. It was not just ahead of its time, but also a forerunner in the realm of online multiplayer games. The game has clearly aged with the passage of time, but its influence on the industry and the waves it still produces today cannot be denied.

But speaking of popular shooter games, did you know that the best-reviewed horror series Resident Evil is coming to Switch? Yep, you heard it here first. It comes with Cloud Versions as well.