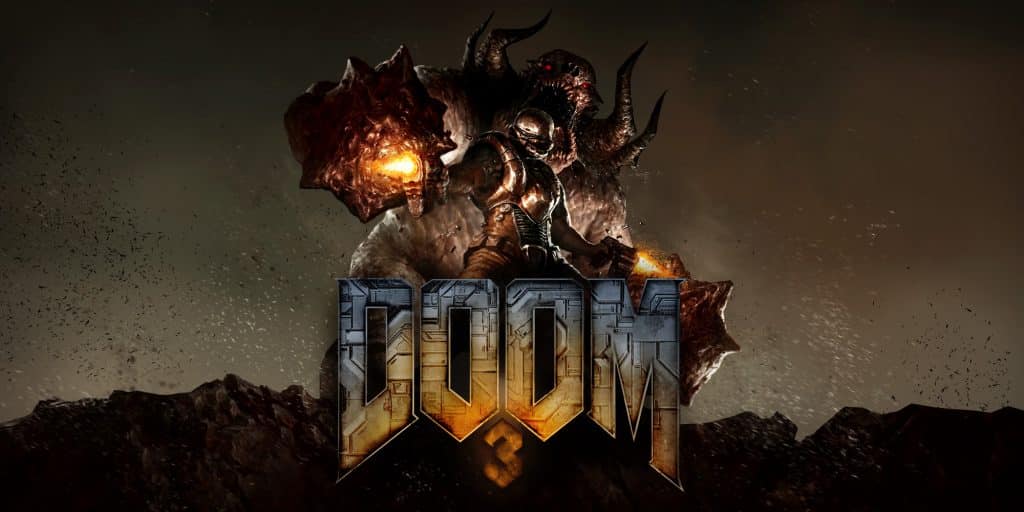 To be a Doom fan throughout the late 90s was an awful place to be in. Bethesda was busy planning, developing, and releasing the sequels to their other smash hit fps: IP, Quake, and another Doom seemed to be nowhere in sight.

Modders and other third-party vendors kept the last Doom in the series alive with various attractions added to the game, but a true sequel was yet to come.

Doom fans were losing their minds wondering if there ever would be a Doom 3, and the whole thing looked like one of the bloody messes in the levels of the fan-favorite action shooter.

Doom 3 Review: How it Finally Came to Be

Now, despite having two other successful IPs that were still going strong, namely Wolfenstein and Quake, developer John Carmack stated in an email that Doom was getting delayed because of several peculiar reasons including workplace drama and green lighting issues on part of the majority stakeholders.

But John decided that the love they put behind Doom and its roaring success meant that they simply could not just put it down and had to do something about it, even if it meant that the company would be heavily scrutinized and criticized.

Well, Carmack got him, and we got the first look at the gameplay of Doom 3 at…. well, MacWorld, of all places. It was an era where Steve Jobs was absolutely everywhere, so it only made sense that every developer worth their salt was going to want to be there.

Needless to say, our jaws were on the floor while John was asked to show what the third iteration of Doom could do, and anticipation was at an all-time high.

After the first big announcement, the rumors that Doom 3’s alpha demo had been leaked were rife, and multiple sources on forum posts and blogs confirmed these rumors. As for the performance, however, users reported that the textures, shades, and aesthetics of the game were way ahead of time.

E3 2003 brought with it another demo, but there was no word from the devs about when we would get a proper Doom 3 release date apart from the fact that the game was a fair bit from public release and still on the cutting room floor.

The interviews and quotes from John, including the gameplay that we saw and were promised, were far out of our imagination and we just couldn’t wait until Doom 3 finally hit store shelves in 2004.

And the result couldn’t have been more what the fans wanted.

We want to say in this retrospective that Doom 3’s gameplay was exactly like its predecessors, all while pushing the boundaries of what a video game could be, but we all know that isn’t true. Instead, let’s discuss what Doom wasn’t, rather than focusing too much on what it could’ve been.

Visually, the promise of pushing boundaries seemed to be fulfilled, with the third installment requiring at least 500MB of VRAM to be able to run itself in Ultra mode, and at least 128MB if you wanted a decent enough frame rate; all while keeping your system stable.

For reference, this is what Bethesda wrote in their classic hardcore way on the back of their 3-DVD Hardcase for the game – “Doom 3 is a terrifying sci-fi horror game experience. It is not recommended for the cowardly or the faint of heart.

However, for those who dare to face Doom 3 as intended; Lock your doors. Turn off your lights and turn up your sound. Enjoy Doom 3.”

Ooh, scary. Now, while you may roll your eyes, this was the early 2000s, when we still had Pentiums and Windows 95s in most offices. What we thought was cool back then wouldn’t last a minute today. But that just goes to show who Bethesda was, and perhaps still is.

As you boot up the game, you could tell where Doom had its roots, with the heavy metal going straight into your ears, Tweaker to be precise. You could start the game by selecting one of three difficulty modes, with one locked behind the completion of a playthrough.

The intro cinematic is all you need to see to know what Doom is about, and as it was a reimagining of the first game, veterans of the franchise were ready with pitchforks. Thankfully, no riot aside from the ones inside the game broke out.

A reboot of the timeless classic Doom, Doom 3 was always destined for failure if it failed to recognize what people liked about that game. And the reason for such high commercial success is that they got it somewhat right.

You play as the marine whom we would later know as Doomguy, along with UAC board member Elliot Swann and Swann’s bulky bodyguard Jack Campbell, arrive at Mars City.

What follows is obviously a heavy metal listener’s fever dream. The forces of the Underworld enter the base which you spend exploring for the first quarter of the game, and then All Hell Breaks Loose, pun fully intended.

While the game’s story contained little nuance, and at first glance would sound like a vicious bout of pandering to the ‘Murica screaming edgy teen, Doom didn’t need to dilute its gameplay to appeal to any kind of mass market. They understood their audience, and while servicing their core group of fans, ended up going mass-market, anyway.

Doom 3 wasn’t a perfect sequel. Hell, it wasn’t a sequel at all, but I digress. What Doom was, was the realization of passion and the culmination of years of genius, sacrifice, hard work, and commitment to service.

And that was the reason it became one of the best-selling games of all time. That, and the stellar, futuristic graphics and excellent sound design, of course.

You can find Doom 3 on the Xbox Game Pass Ultimate or on Steam for PC.

Doom 3 was developed by id Software and published by Activision.