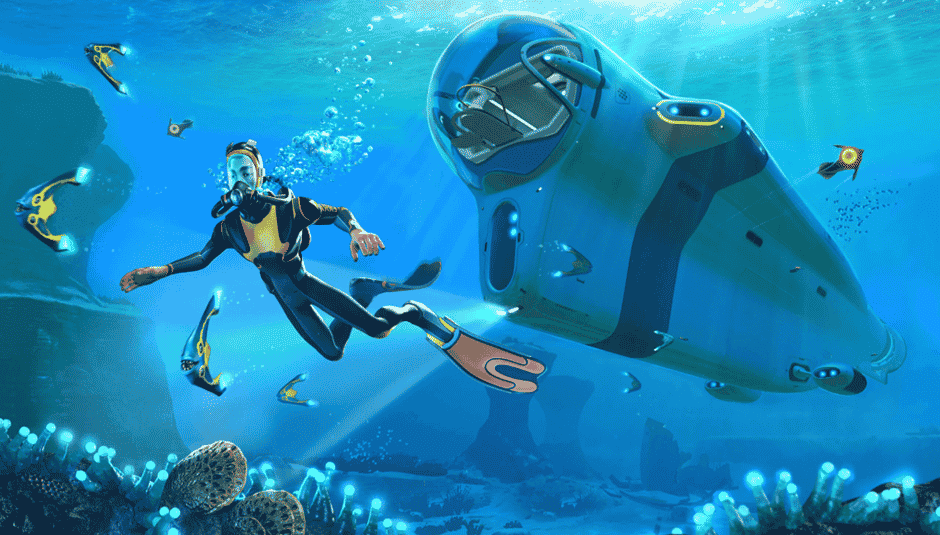 The fear of the unknown is one thing that we all share, regardless of how brave we might think we are. And that fear is tested when we are outside our known environment, and vulnerable, best represented in an interactive media form, without actual harm.

But that is not the only way that you can get a feel for immersion-heavy survival. Here are the best games like Subnautica to feed your primal instincts.

Satisfactory is another great 2019 release that is simple survival at its best.

The game puts you in the shoes of a very normal factory worker, a cog in the brilliant machine you are about to build, and leaves you alone to build it according to your design, on an alien world with as little hospitality as you can imagine.

You must survive these foreign attacks and remember that no matter what happens, the factory must thrive.

Much less of an open world than a single exploratory narrative, The Solus Project is a worthwhile survival game in a similar setting to Satisfactory.

Your main character is on an alien world looking for resources to declare it hospitable enough for your race to make it a colony. And now you find yourself on this planet rich with resources that you must traverse and scout alone.

The Solus Project is a go-to if you are looking to get into a different kind of survival adventure.

An indie darling designed to take the best aspects of other similar games, Craftopia is a survival game where you can feast, farm, fish, forage, etc. The rest are your regular RPG elements including an original character creation suite, skill trees, and more.

The creators have expressed their desire to make an experience that is dedicated to the player who is looking for the best of both worlds. Check out Craftopia on Steam!

Charting the route of human evolution, Ancestors is an ambitious effort to tell a story of the humans that came much earlier in the evolutionary cycle.

Being a member of an early primate clan, you are tasked with foraging for supplies as well as dealing with other predators and a variety of socio-economic problems of the era.

Although it landed without much fanfare, Ancestors is a one-of-a-kind journey through times past.

Subsistence is a first-person RPG that focuses on having you as the player survive against the land instead of from it, as there are harsh conditions on every turn that you need to take note of.

With no central objective, you are tasked to survive and fight against nature and other NPCs and players, build a base, craft, and loot items, form your own clique, and a lot more.

A more lighthearted addition to the list, Abzu makes perfect use of the wonderful world that it is set in. The fascinating marine world is tailor-made to get lost in, and it doesn’t disappoint or break the immersion at any point in time.

Abzu makes a point of forcing the narrative into the spotlight in a way that seems present and calming.

You play as a diver without normal human constraints of constantly needing to make sure you are safe and have enough oxygen, leaving you free to explore the surprises that it has down every little gap and past every corner.

Kenshi is one of the older games on our list, and certainly one of the more brutal ones.

Only available on PC, the RPG survivor has you explore a drab, grey, and unforgiving world marred with hopeless situations, and all odds are stacked against you.

If you are a fan of complicated systems in unforgiving games, then this is the one for you.

One of the few major AAA games on our list, Dead Island is now part of popular culture as one of the best zombie games ever made.

The game puts you on an island that is the epicenter of a viral outbreak, and your job is to survive and find a way to contact the authorities. Additionally, you must figure out what is behind this and get off the infected island.

This one put Techland on the map. Make sure you check it out.

Never has a horror game represented the quartet of a true classic more than SOMA has; tension, atmosphere, mystery, and pure terror.

The direction, art direction, sound design, level design, pacing, and narrative are simply on another level, far better than any horror game.

The exploration, choices, and puzzles in SOMA are all brilliant, but the brilliant scares will catch your eye.

The Outlast-level disturbing ambiguity in the game will also leave you vulnerable to most things that you encounter, and you must pace yourself to keep yourself alive and uncover the truth.

While it isn’t exactly Subnautica in space, anyone that has followed the progress of No Man’s Sky knows that this game has been through hell back trying to regain the faith that was put on the initial idea that Hello Games had put forward.

In one of gaming’s greatest redemption stories, No Man’s Sky is now a critically and commercially acclaimed survival exploration game, matching and beating the best in its genre.

Even though the gameplay loop is not much to talk about, No Man’s Sky has the panache to constantly keep you engaged as notifications keep popping up, reminding you of things you have left to do in a distant world or the one you are inhabiting.

There aren’t many nail-biting sections in No Man’s Sky: Beyond. But the ability of the game to keep your attention and keep you coming back to do the same mundane tasks every day sounds a lot like the definition of insanity by a certain pirate on a certain island.

Jokes apart, Vaas has got nothing to do with the game being so fun. Go play No Man’s Sky.

5. Shadow of The Tomb Raider

The penultimate title in the new trilogy covering Lara Croft’s trials and tribulations to become the legendary Tomb Raider, SoTTR is the culmination of all the different ideas that Eidos Montreal has had and implemented over the past two games.

Set two months after the last game, Lara and Jonah, her friend, are now fully entangled with the global criminal organization Trinity and intend to bring it down.

This leads them to a series of beautiful destinations where the art department has once again shown what they are truly capable of, with locations ranging from the streets of Mexico to legendary cities shrouded in mythical cobwebs.

Shadow of the Tomb Raider is polished, has a solid campaign length of 25 hours, and is visually breathtaking, including some excellent movie moments. There is potential here, and we will be waiting to see what version of the character we see next.

If you belong to the era I grew up in, Jurassic Park will forever remain in your heart. Ark: Survival Evolved takes that premise and runs with it, allowing you to create the Jurassic utopia you always dreamed of.

Released by Studio Wildcard way back in 2017, the game still holds up today even after fully licensed AAA Jurassic Park titles have made their presence known in the market.

Available for a huge variety of platforms, Ark is a survival game where you’re stranded on an island with a number of different creatures, including dinos and other prehistoric legends.

With both PvE and PvP part of its offerings, you can build your base, acquire dinosaurs and other creatures as pets, create servers and invite your friends, or invade other people and start pillaging their resources.

For the third game on our list, we head to the surface. The Forest is a survival game that takes place on an island filled with horrors ranging from rabid animals to mutated cannibals.

The story begins with you and your son on a flight. As chaos ensues, you fight to save your son before the plane crashes.

Between blackouts, you see your son get kidnapped, and when you come to, there is nothing but trees and a horrifying silence surrounding you.

Your job is to survive and find your son. No matter what it takes.

Raft starts you off as the survivor of a sinking incident, and its version of base building is well, building a raft to ensure survival in the unforgiving oceanic vastness.

One of the advantages of playing Raft is that it is expansive and open, a developer’s playground and they’ve done so mighty well.

Then, there are your usual survival game suspects; you can manage your hunger and thirst and the need to protect against the many species of animals that can and will try to hunt you.

On the contrary, you could just leave your raft to the side and explore the many islands that you will come across on the huge map.

Firewatch is a difficult game. Not that it requires Dark Souls levels of meditation and muscle memory to get through. But it is an engrossing experience that cannot be explained in mere words.

The premise is simple; you are a park ranger, trying to uncover a missing person’s request that has turned into something more sinister than it looks..

Firewatch is amazingly interactive, in a way that it feels very much like real life without photorealistic visuals.

The game world is a living one and does not change at your whim. And nor does it need to, as it slowly draws you in and keeps you going in search of the next task at hand.

Subnautica fans will be right at home with this one; a gripping set of stories that do not mess around, or let you mess around. 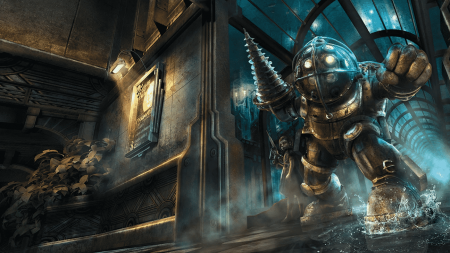 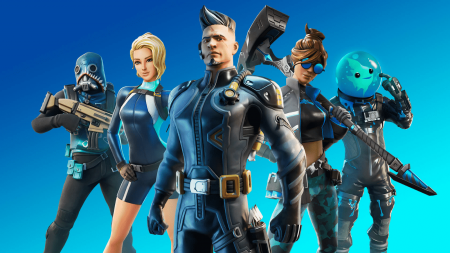 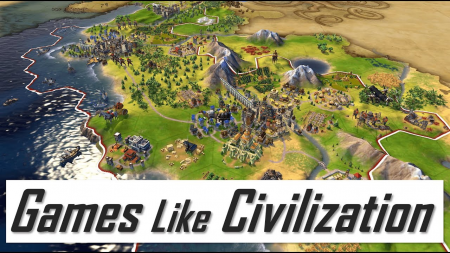 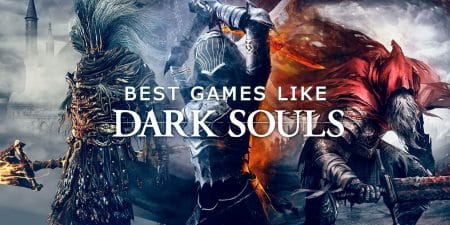 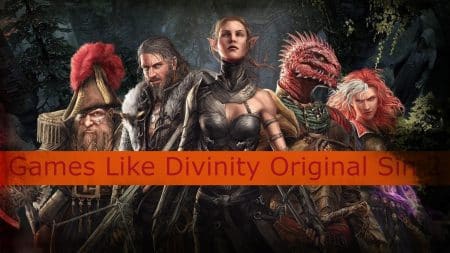