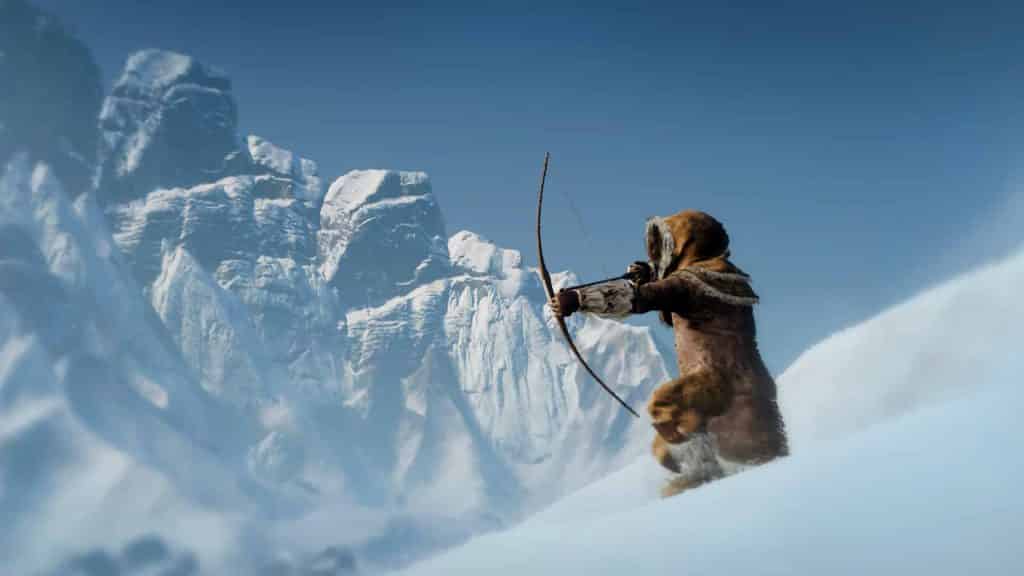 Survival games are around for some time now, and appeal mostly to gamers who look forward to the challenge, impending defeat, and the rare victory in high difficulties against all odds. These are for the grey-cell gladiators mostly (read-only!)

Let’s just cut to the chase.

These are the best survival games you can play in 2022 and if you’re looking for games that will make you think harder and smarter, these are the ones you should play right now.

13 Best Survival Games You Can Play

Frostpunk puts you right in the thick of a post-apocalyptic ice age, with modern humanity struggling to survive. You rule small communities but unlike most other survival games, there are no heroes or simplistic city-building simulations.

The success of Frostpunk comes from the fact that it forces players to make tough choices, and sacrifice for the larger good.

Unmatched in any RTS before, Frostpunk is not just one of the best survival games around, it is an excellently paced modern strategy simulation with survival gameplay mechanics.

The most important feature that puts Frostpunk in the ultimate survival games category is the human psychology factor present in it.

Although you want to be a good ruler, you must manage limited resources well.

To do this, sometimes you must leave people to freeze, starve a part of the city, to turn off the generator, etc.

As people in the city get cold, you get cold too. You grieve over their death and feel like a bad leader after every decision you make.

In Raft, you start on a few pieces of wood challenged by a huge ocean. This is one of the most aesthetically pleasing co-op survival games you will find, and one of the few completely on water.

You need to collect floating objects like wood and plastic to grow your boat. As you do this, you can build more items and turn the boat you live in into a floating house.

Unlike survival games with a dark atmosphere, Raft is sunny and deep blue. While you try to protect yourself from zombies or different creatures in other games, your biggest enemy here is sharks.

You can play in single-player mode, but the game’s real fun is playing co-op with your friends. Creating areas where everyone in the group can rest or struggling with everyone’s hunger and thirst is much more fun, than on paper!

Raft is a casual survival game, entertaining at most on lazy evenings, but demanding some serious resource management as well.

Despite the simplicity though, this is one of the best survival games for PCs and Android users.

The first impression is the two-dimensional matrix of the old Minecraft. But Terraria is much more than that.

Although the game is in the survival genre, the first of its prominent features is its fast-paced gameplay that demands sufficient foresight.

There are incredible differences between the initial Terraria, which debuted in 2011, and the current one. The Re-Logic team never stopped developing the game and managed to tweak Terraria into one of the best survival games around.

You are trying to destroy randomly generated enemies to reach the loots. The RPG mechanics play in as well as you build your fortresses to attract NPCs who will help you enjoy benefits and achieve core tasks.

Build a base with the materials you collect throughout the game. Make more ambitious expeditions using shelters, NPCs, and workstations. But always stay aware of enemies that can come from nowhere at any time!

The Long Dark is one of the most successful games thanks to the Steam Early Access program. Since the first day it was published, it has managed to receive positive reviews as a different take on survival games.

The atmosphere of The Long Dark deserves separate praise, with just the roar of guns and the sounds of zombies.

Along with the music, environment, the sound of winds, few games manage to engulf gamers just so.

This is a pure survival game. You have to take shelter in homes to survive the icy weather, find food to beat hunger, escape from wolves and bears or fight with them.

Surviving on amazing maps inspired by the desolate areas of Canada won’t be as easy as it seems. This is one of the best open-world survival games around and definitely worth a shot.

However, almost no successful example is about an underwater planet like the Subnautica series.

Released in 2014 and widely admired, Subnautica continued this success with the sequel Below Zero, released in 2019.

Improving on the original game; Below Zero has come up as one of the best survival games of 2022 and continues to be the best in 2022 as well.

Fear of the unknown lurking in the depths as you’re drifting under the moonlight, Subnautica is not for the faint-hearted.

It is beautiful once the sun’s up, but you’re not up against sharks in an alien ocean world with just a knife and an industrial suit on your exosuit.

There’s a lot of building to the gameplay as well and you dive to the ocean floor for even the most basic resources and build your seabase.

The fun lies in the constant danger, exquisitely crafted graphics, an excellent background score, and some seriously challenging gameplay!

Project Zomboid was released in the Steam Early Access version and developed with the support of the player community. The game is an isometric sandbox that drops you in a town and tasks you with, well, simply not dying.

The realism feature that survival games often have a problem with is at the very center of Project Zomboid, especially if you increase the difficulty level.

Your story, which begins in a city invaded by zombies, gets progressively harder with factors such as power cuts and insufficient clean water resources.

While playing Project Zomboid, you can fight for survival either alone or in multiplayer mode. Not to mention the more detailed mechanics you can’t see in the survival game: looting, building, crafting, combat, farming, and fishing.

Apart from these, an extreme RPG skillset and a large map await you.

Oxygen Not Included is a survival simulation game developed by Klei Entertainment. Even if you haven’t heard of the game, you must have heard that Klei has some great games in their name: Don’t Starve, Don’t Starve Together, Mark of the Ninja, and Griftlands.

You’re tasked with making sure the little people scurrying about in the asteroid, that’s where the game is on, are never short of oxygen, food, and other essential supplies till they can research to build a rocket to take them off the asteroid.

The premise is simple. The gameplay is fun but the game itself is extremely persevering. ONI is smack in the middle of colony management games and it’s a good one at that.

This will keep you clocking the hours!

Regardless of the concept, survival games often have a common problem. Especially when you stabilize the resource usage in games where you do not follow a certain story, you have no reason to continue playing. Not Kenshi though!

Sandbox survival games are challenging to get up and running. Kenshi does it brilliantly in its rustic setting. There’s no storyline, no missions to complete, except of course the primary motto of finally building that elusive city.

A post-apocalyptic Japan must have been difficult to imagine but somehow, it’s there, and it’s marvelously detailed. Your struggle is real, physical, and persisting. There’s always something about to go awry.

That’s the magic of Kenshi though, a rustic sandbox survival where you automate tasks for your villagers, leave your colony for resources, bounties, and get killed in the process by a pack of wolves. Or maybe not.

No Man’s Sky is a space odyssey combining survival gameplay features and arguably the most awe-inspiring artwork on any video game.

This is a space game by heart, but few other space games are yet to comprehend what No Man’s Sky has done with aplomb – emulating the vastness of space.

Travel through space, visit unknown worlds, survive on each new planet only to gather resources and get going again.

It is this cycle of space exploration merged with survival gameplay mechanics that essentially makes No Man’s Sky surely among the best survival games around.

7 Days to Die is a survival game but with mixed gameplay mechanics, drawing from tower defense, strategy, and role-playing genres. And it’s a wonderful amalgam.

It was first released under Steam Early Access 8 years ago and it still is. 7 Days to Die is a strict post-apocalyptic scenario where zombies will come after every 7 days. If that’s not fun enough, you’ll have a lot to do to prepare for it.

Nearly every item crafted can be broken down into its resources and used to craft other items – something of a rarity today, reminds us of Minecraft.

If you stay away from console glitches, this is one of the best survival games for PCs you can play today.

In The Forest, you miraculously survive the plane crash, but your child is nowhere to be found. Thus, you embark on a quest that turns out as one of the ultimate survival games you can play today.

All the mechanics that define survival games are blended seamlessly in The Forest. Building, hunger, thirst, crafting, enemies, weather conditions, exploration other than an excellent flow to the story (and a worthwhile ending) sum it up brilliantly.

The latest gameplay engines have made open-world gaming much more open-ended. There’s always something happening or about to happen in The Forest, mostly from bloodthirsty cannibals and the occasional wild animal.

Despite the aesthetic pleasantries, there are scenes and situations of sheer violence, a stark comparison to the wonderfully detailed visual realism.

If you want a serious survival game that will leave you happy once you’re done, this is it, one of the best open-world survival games available today.

Rust is one of those few games that you can keep playing for hours, days, weeks. It’s just too overwhelmingly open-ended and fun.

When you first start playing Rust without any help, you will feel quite unprotected. The game, in which you start completely naked and without any items, is cruel to you in the first few hours.

Until you know exactly how the game works, you are likely to fail. At this point, you should not give up and try to learn fun mechanics.

After you get through your first few hours in the game and figure out how things are going, you will start to enjoy the game.

You must build shelters to protect yourself from the harsh nature. To gather resources faster, you must craft tools, find friends, and use the rich content that Rust offers.

Talking about the best survival games, it would be impossible not to put Minecraft at the top of the list.

It is one of the games that best describes this genre with its classic mode where you start with completely zero resources and items and try to survive.

Minecraft has everything, from looting, building, crafting, combat, farming, and fishing, offers more than that.

You can use the same materials in different ways, get lost in randomly generated caves, and make armor and weapons yourself.

Minecraft is the ultimate survival game, the perfect example that all you need to develop a genuinely brilliant game is to leave it open-ended, sandbox, and fun.

We think these are the best survival games around today. Of course, we wanted to add a few more to this list like Stranded Deep, Astroneer, This War of Mine, etc. to name a few. Perhaps we just might. Leave your thoughts in the comments!