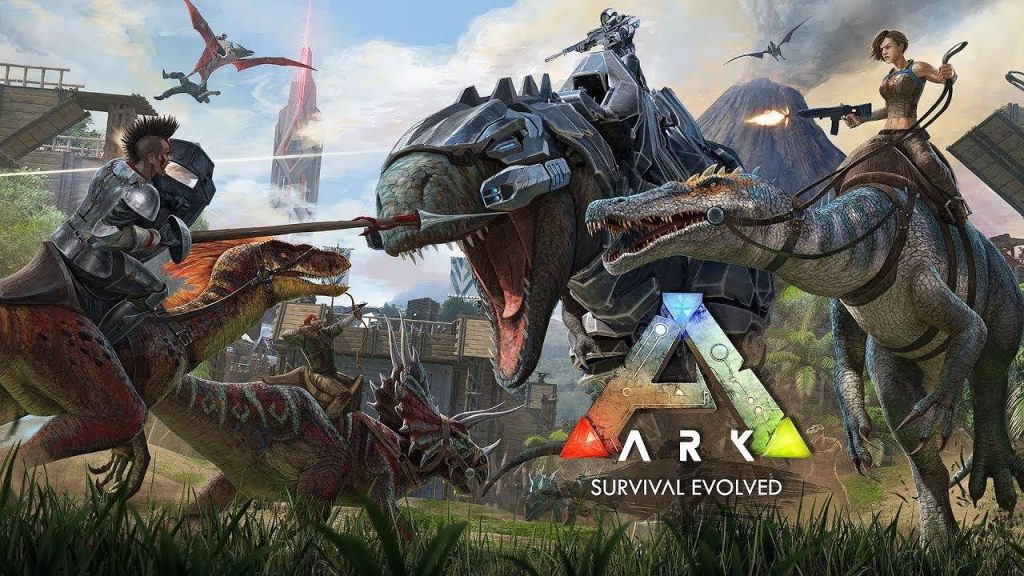 In early access from 2015 and initially released back in 2017, Ark: Survival Evolved is still a brilliantly fresh survival RPG.

Owing to its release on almost all known popular platforms, namely the Xboxes, the PlayStations, PC, Linux, and even Android and iOS, one would hazard a guess that users on all these platforms can simply party up with each other and go on a run.

But is it that simple? Is Ark: Survival Evolved crossplay compatible on any of the consoles and platforms?

The reason behind this mixed answer is the mixed cross-platform compatibility of Ark: Survival Evolved. Read about it in detail below.

Ark: Survival Evolved is indeed crossplay compatible but not without complications of its own. What are those complications and how can you work around them, that’s what we’re here for.

Ark: Survival Evolved is a multiplayer survival game, and multiplayer is as good as can be in Ark.

Essentially, the more friends you have that can hop on, the better your experience is going to be. You can either create a server or join one that a friend has made.

Clans, alliances, and more are definitely part of the scenario in Ark, and a great way to experience the game’s different difficulty sliders and mechanics, and possibly get a head start if you are new.

PvP, however, does exist.

You can join exclusive servers where you can bash the heads of other ape-brained survivors and go to town with the arsenal that you have now built up.

And this is where the cross-platforming comes in. With multiplayer mode and PvP mode as good as they are, players want to fight and survive with all their friends, not just the ones that have the same gaming console or play on the same platform.

Sadly, players do have to worry about that. Although Ark: Survival Evolved has cross-platform compatibility, conditions apply. And here they are:

Is Ark available for Cross-play between PC and Xbox?

Yes, PC players playing Ark on PC can team up with Xbox users and vice versa.

However, any version purchased from the Steam store or other third-party game stores will not allow cross-play between Microsoft’s console and PC software.

Only copies purchased from the official Microsoft Windows Store on PC will allow you to squad up and play with Xbox Series console owners. Xbox One is also compatible with the PC Microsoft version.

Is Ark available for Cross-play between Steam and Epic Games?

Thankfully for PC gamers, the Steam and Epic store versions of Ark: Survival Evolved are cross-compatible.

So, if you happen to own it on any of these platforms, you can get right back into the game and call your buddies into a server even if they purchased it from another store!

This doesn’t happen with a lot of games, so kudos to the devs for making this possible.

Is Ark available for Cross-play on Switch and Switch Lite?

That said, we cannot provide a good reason as to why we would recommend playing it on these platforms anyway.

Ark is available on Nintendo’s handhelds – which are fantastic, by the way – but this game runs horribly on them.

Is Ark available for Cross-play between Android and iOS?

The recently released Ark versions on the mobile platform have cross-platform integration between the two competing mobile OSs.

But, contrary to the Android one, Ark runs absolutely buttery smooth on any Apple device (no surprises there!), so just keep that in mind.

Can you play Ark on the PS5?

Yes, Ark: Survival Evolved is PS5 compatible. And although Ark runs great on the PlayStations 4 and 5 with minimal setbacks, there is sadly no cross-platform multiplayer integration through these consoles with other platforms.

So, you will be able to play Ark on PS5 but you won’t get to team up with cross-console gamers.

PS5 and PS4 users can join forces to survive the unforgiving land, but they can’t match with Xbox, PC, Linux, Nintendo, or even any of the mobile platforms.

Additionally, there is absolutely no news on whether crossplay is even coming to these consoles since there are only a few third-party titles that are allowing cross-platform between Sony’s latest and greatest and other platforms.

Is Ark available for Cross-play on Xbox?

There is some good news here. Since it is an older game with great updates and support from the dev team, Ark is available for crossplay between the Xbox Series X|S and Windows platforms, since both are owned by the same company: Microsoft.

But that’s the limit of Ark: Survival Evolved crossplay compatibility on Xbox. Much like the competitor – Playstation – Xbox also does not allow players to team up with Nintendo, Android, or iOS users.

As for Xbox and Playstation crossplay, we don’t think we need to map that one out.

And that rounds up the latest word on cross-play in Ark: Survival Evolved, one of the pioneers of the survival genre.

It is a miracle that this game is still running strong. And even though the market is being flooded with a variety of survival-flavored titles, we have a strong feeling that Ark will continue to maintain its dominance, especially on PC.

How do you enable cross-play on Ark on Xbox?

There is no enabling required. If you have a Microsoft account, which you must if you own an Xbox, and your friend has bought their PC copy from the official Microsoft Store, you can cross-play with them directly.

How do I host a private server on Ark: Survival Evolved?

Ark offers private servers for you to build and maintain your base and interact with several other players and non-playable creatures in its game world.

To host a private server for you and your friends, you need to simply create one in the Host/Local menu, choose your settings however you like, and invite whoever you want to play with!

However, do take note that hosting a private server on Ark takes up a lot of your RAM and processing power. And your experience might not be the best, due to the poorly optimized server software.