Is Dead by Daylight Crossplay Compatible in 2022? 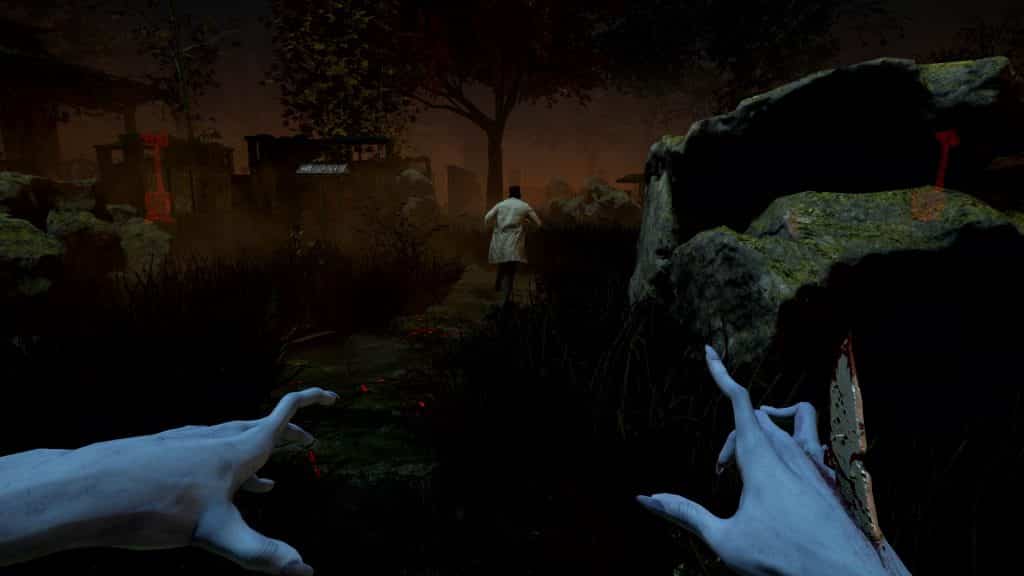 Dead by Daylight (DbD) is a thrilling asymmetric horror multiplayer game. And honestly, it’s one of the best around.

The developers constantly release updates for Dead by Daylight and a dedicated fan base ensures that its servers are populated and its matches, exciting.

Even so, DbD is quite dated. It was originally released back in 2016 when this genre of games was at its peak.

But any game that’s been out for 6 years and counting will notice a sharp decline in player counts as the years go by and players move on to the next best thing.

To help address this, developers everywhere started looking to integrate cross-platform and cross-progression features into their games.

Today, we’re here to answer all the questions you’ve been having about DbD crossplay including cross-progression, cross-platform play, and even how to switch it off.

Is Dead by Daylight Cross-platform?

This means you’ll be able to matchmake with friends across all platforms including PC, Xbox, PlayStation, Stadia, and Nintendo Switch. As surprising as it may sound, yes, even DbD Nintendo Switch supports cross-platform. But, more on that later.

Dead by Daylight is also available on mobile on Android and iOS, but for now, cross-play with the more powerful higher-end versions on consoles and PC isn’t possible.

Crossplay is integral to multiplayer games and can make or break the game’s player counts.

Gamers are a fidgety bunch (guilty) and having to wait for too long to get into a match, waiting for one more player in the lobby, or running into the same players over and over again is enough to make them walk away from any game.

Cross-platform makes it easier to matchmake. It’s faster, and overall, you’re meeting a wide variety of players and play-styles which spices things up.

Cross-play is enabled by default but you can do this to check if it’s enabled or not:

And that’s all you have to do. As I mentioned earlier, it is activated by default, but if for whatever reason, you face issues with this, check the Options menu and make sure it’s enabled.

Once that’s done, you’re ready to start playing with friends on other platforms and a wider matchmaking pool.

Alternatively, if you don’t want to play with other platforms, you can uncheck the Crossplay option to switch it off.

However, I will note that when crossplay is turned off, it can take up to 5-8 minutes to find a game. You’re better off turning it on and leaving it alone.

To know if a player is from another platform, you simply have to look next to their name in the lobby. If there’s a Globe icon 🌐, this means they’re on a different platform.

Luckily, due to the nature of the game, console players shouldn’t face too many issues when playing in matches with PC players.

How to Add Cross-Platform Friends in Dead by Daylight

The next thing you’ll want to do as soon as you enable crossplay is to get in matches with friends. It’s pretty straightforward and will only take a few minutes to add players to your Friends list. Here’s how:

After that, your buddy should show up in your Friend List as long as you entered the correct name and code. It’s a straightforward process that many players appreciate and it’s a good thing!

Dead by Daylight is a blast with friends!

For those who want a portable horror-on-the-go experience, there’s no better way than with the DbD Nintendo Switch version. And even though Nintendo is relatively closed off from other consoles and PC, you can crossplay Dead by Daylight on the Switch.

At a glance, players may be slightly concerned as to the performance of DbD on the Switch vs. Xbox/PS consoles and PC.

But based on what I’ve experienced, I rarely ran into any frame rate drops (only on certain maps) and there weren’t any issues when performing skill checks.

Crossplay here works the same as it would on other consoles and you shouldn’t face many issues with it.

But keep in mind that the Nintendo Switch is sorely lacking in power which may lead to certain graphical missteps like lower resolution textures, lower FPS, grainy images, etc.

If that’s going to be a problem for you, I’d suggest trying the game out on another console. If not, DbD on the Nintendo Switch is a solid game for pick up and play, finishing a round or two with friends, and turning it off.

But players who are very active on their Switch or console and are looking to migrate to PC may run into some issues. And this is all thanks to the ever-lacking cross-progression system.

Cross-progression in Dead by Daylight

While it’s a huge hurdle to enable cross-play for Dead by Daylight, there’s another issue that’s currently plaguing the game. And that’s the missing cross-progression system for console versions of the game.

Yes, that’s right. In 2022, Dead by Daylight devs, Behaviour Interactive, still has not implemented cross-progression for console versions of the game including PlayStation, Xbox, and Nintendo Switch.

This means that even if you’ve been playing the game religiously on these platforms and you wanted to bring your progress (cosmetics, levels, purchases, etc.) to another platform, you cannot do so.

You will have to earn all the things you already have and purchase DLCs again if you choose to migrate.

Back in 2020, Behaviour Interactive announced that cross-progression would be available in September 2020 for Steam, Google Stadia, and Nintendo Switch.

However, recent reports suggest cross-progression is currently only available between Steam and Google Stadia.

Nintendo Switch still hasn’t received the feature since this announcement, but the developers have mentioned they’ll keep working to make it available for other platforms.

Why Is There No Cross-progression on Consoles?

It is slightly disheartening to hear as it takes a lot of work and matches to earn all those cosmetics and upgrade characters. While you’re able to play with other platforms, moving your stuff over is another issue entirely.

This is probably due to how the different platforms handle purchases and data stored for their games.

It’s a “technical challenge” to merge progression across platforms as mentioned by the devs. It’s no surprise as many games and developers face issues with this exact thing.

It’s truly not the fault of the developers being lazy or ignoring the feature. It’s a matter of how different platforms are built, where inherently, data was not supposed to be shared in between.

Behaviour Interactive also had this to say about cross-progression:

“As of today, we cannot make Cross-Progression available on other platforms and we have no guarantee that it will happen. However, we know that this is a community wish, and we will keep trying to make it happen.”

So there you go folks, it’s hard to anticipate if the feature will ever land on other platforms, but all we can do for now is wait and hope it does.

And that’s all the information you need on Dead by Daylight’s crossplay and cross-progression compatibility.

Meanwhile, if you would like to supercharge your characters and up your gameplay, then head over to our updated Dead by Daylight codes list for 2022.