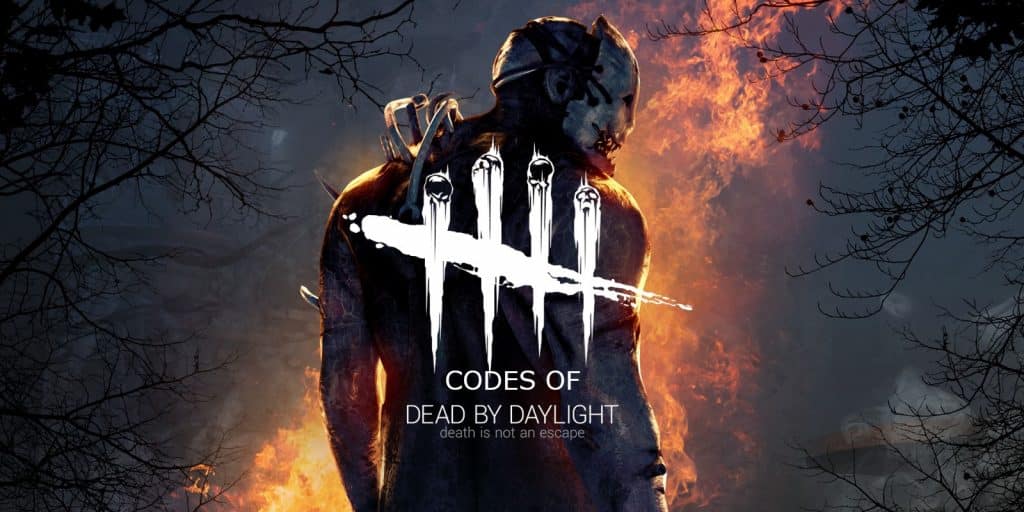 Looking to live out your horror fantasies? Then Dead by Daylight (DbD) is the perfect game for you. Players who love the horror genre; with all its dastardly monsters and otherworldly beings hunting down helpless survivors, should check this game out.

And to help players with the hunt (or avoid being hunted), we’ve compiled a list of the latest working Dead by Daylight promo codes.

Most of the Dead by Daylight codes will award players with Bloodpoints, which is pretty handy for grinding levels. But there are also codes for charms if you wanted to add a little customized piece to your characters.

Before we get into the list of DbD codes, let’s take a quick look at what the game is all about.

What is Dead by Daylight (DbD)?

Dead by Daylight is an asymmetrical competitive horror game where 1 player is the Killer and the remaining 4 players are Survivors. It’s a 4v1 battle to the death, well, sort of.

Survivors will be set with doing tasks that allow them to escape while the Killer will eerily creep up behind and slaughter Survivors. Sounds fair. You can’t fight head-on with Killers though, so keep that in mind.

The fun comes from the thrilling chases and close encounters with Killers. Dodging, hiding, and stealthily creeping away from the mayhem is exciting. Or else you’ll be hearing the maniacal laughter of Killers catching and sacrificing Survivors.

Lots of characters to choose from on both sides of the game.

For Survivors, you can pick from 29 playable characters including prominent horror icons like Leon from the Resident Evil series, Steve Harrington from Stranger Things, or Ash from Ash vs Evil Dead.

For Killers, there are currently 26 available characters including famous horror monsters/killers like Freddy Kreuger, Ghost Face, Michael Myers, and many more. The Killers’ gameplay also greatly differs from one another thanks to character-specific abilities, weapons, and mechanics.

All of the characters come with unique perks, offerings, and items to unlock as you play through the game. To do that though, you’re going to need Bloodpoints, which can be a slow process to gain.

To help you out, check these Dead by Daylight codes to redeem!

How to Redeem Dead by Daylight (DbD) Codes

Above are all of the latest codes for DbD available. To redeem a DbD code, here’s what you have to do:

One thing you should keep in mind is that Dead by Daylight codes are available only for a limited time. Some codes last 24 hours, while some will last up to a week or more.

To ensure you get all the rewards possible, you should redeem Dead by Daylight codes as soon as you see them. Luckily, there are other ways to earn Bloodpoints in Dead by Daylight other than using codes.

How to Earn More Bloodpoints

The simplest way to earn Bloodpoints is, well, playing the game. As you play the game, it will reward you for doing certain things as either a Survivor or Killer.

Just doing things like helping other players out of traps, hiding, or working on the objectives will award additional Bloodpoints at the end of a match. These are the categories they’re based on:

Goes without saying that you should be playing the game well to score more points in a match. The more events you accomplish, the more points will be added to your score.

There are various modifiers in the game that can modify how many Bloodpoints you earn in-game. You can get these modifiers from specific perks, events, or Offerings in the game and can make it much easier to earn Bloodpoints.

Keep an eye out for what modifiers you need and how to get them.

Lastly, events happen in Dead by Daylight all the time. All you need to do to receive free Bloodpoints is to log in to the game and you’ll get the rewards.

There isn’t much to say here, but you should keep an eye out for special events and rewards from the official Dead by Daylight Twitter account. The Dead by Daylight subreddit is also a great place for more info on the game, so check that out here.