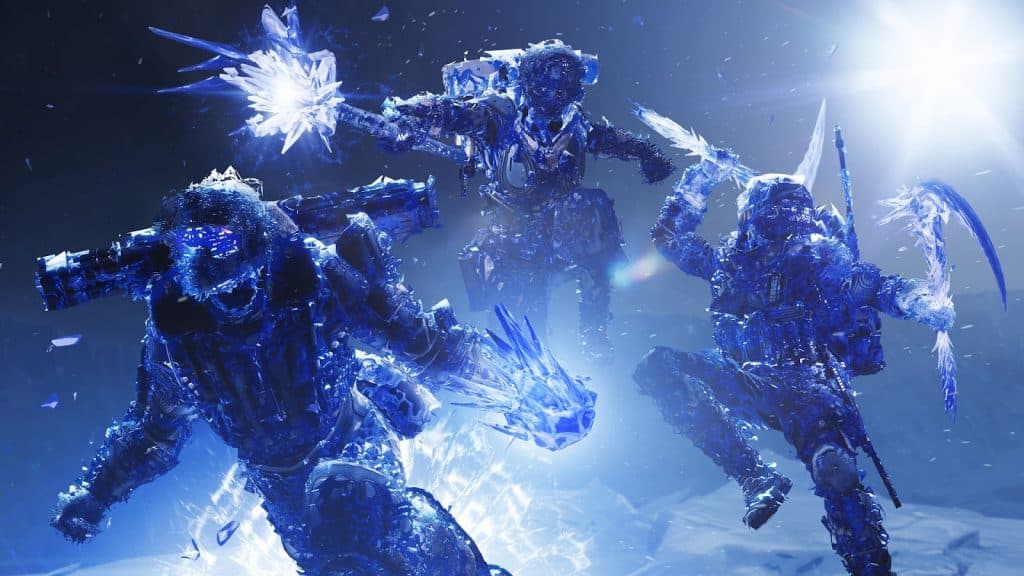 Fans of the famed Destiny franchise commit a lot of time grinding and playing through the new content released yearly.

As such, it’s only natural that in 2022 many players are looking for modern features like roadmaps to additional content, frequent updates, and cross-platform play and progression. Is Destiny 2 Crossplay enabled?

Since moving over to a free-to-play model, Destiny 2 has seen a boom in player counts across all platforms. And with that, comes another very important question; what about cross-platform functionality?

Luckily enough that’s what we’ll be talking about today. For players wondering if Destiny 2 does have cross-play functionality, we’re going to show you everything you need to know about the essential multiplayer feature.

Luckily, fans of the franchise can rejoice as yes, Destiny 2 supports cross-platform play & progression. This means you’ll be able to play Destiny 2 with players across all platforms the game is available on.

The feature was released not too long ago and was finally out of beta in Season of the Lost back in August 2021.

Before this, Destiny 2 had already worked out how to transfer data across platforms with their Cross-Save feature in 2019 so you can also move progress over to other platforms seamlessly.

This means even if you’re playing on your PS4 or Xbox One, log out, log into your PC version of the game and continue wherever you left off without missing a beat.

Thanks to this functionality, you’ll be able to transition from playing with friends on your Xbox to the homies on your PC. Plus, this makes it much easier to coordinate Raids, squad up for Crucible matches, Gambit, and other intensive content in Destiny 2.

If you were wondering how it works exactly, don’t worry, we’ve got you. Check out the section below for all the info you’ll need about Destiny 2 cross-platform & progression.

How To Crossplay in Destiny 2?

Unlike the lone hunter above, crossplay in Destiny 2 will ensure you have a Fireteam at all times. But if you’re wondering how crossplay works in the game, worry not, here’s how!

Destiny 2 players will be able to find, play, and squad up with other players across all platforms including PC, Xbox, PlayStation (PS4/PS5), and Stadia.

While this seems to be a gargantuan task with plenty of issues sprouting up, Bungie has it all figured out thanks to their systems.

If you’ve played Destiny 2 after the launch of cross-play, you’ll automatically generate a unique Bungie Name which will be used to identify you across platforms.

The name will be based on the account name of the first platform you play on after Cross-Play’s launch along with a 4-digit numerical identifier.

If you’re just getting into Destiny 2, you’ll be prompted to create your own Bungie Name while making the account. Keep in mind if your name includes more than 26 characters or has unique fonts/icons, these will be removed in the Bungie Name.

For now, you won’t be able to edit the name but Bungie mentions this feature will be added later on.

And that’s pretty much it. There’s nothing more for you to do besides logging into Destiny 2 and you’ve already enabled cross-play.

To squad up with players on other platforms, you’ll first need to add friends using their unique Bungie Name in-game or at this link.

After that, you’ll see friends in the Roster/Friends list menu which shows the platform they’re playing on and can invite/join their Fireteam directly.

By now, you may be questioning how this will change the game for the better (or worse), especially for competitive PvP game modes like Crucible and Gambit.

But something to keep in mind if you plan on playing with your PC friends while you’re on console; if you play Crucible or Gambit with at least one PC player, you’ll be grouped in the PC matchmaking pool.

It’s important to remember because this can make a huge difference in matches and you may find yourself losing firefights more often. For other modes (PvE) like Strikes, Nightfall, and Social spaces, the game will matchmake across all platforms.

For players who need the extra clarification, players on Xbox platforms can both transfer data to PC as well as play with players on PC platforms. You don’t need to do anything other than add your friends using their Bungie Name as we mentioned earlier.

But if you weren’t keen on matching with players on other platforms, here’s how you can disable cross-play:

Similar to how cross-play works with any other platform, you can play Destiny 2 with friends and Fireteams on PlayStation even if you’re on Xbox.

Things work slightly differently from the PC version as Xbox and PS4, players are automatically added into the “console matchmaking pool”.

You’ll run into players from different platforms often since they populate the same servers across Stadia, Xbox, and PS4/PS5.

For PlayStation players, you can update settings in-game if you don’t want to matchmake with other platforms.

Surprisingly, there aren’t any intrinsic issues to cross-play & progress on the rival platforms which is overall a good thing for everyone involved. Console wars are so 2000s.

And that’s all you need to know about Cross-Play in Destiny 2. If you have any other questions, hit us up in the comments and we’ll do our best to answer. As a final note, here are some wise words –

Watch each other’s backs, Guardians, that’s what a Fireteam is for!