The Best Hunting Games For PS4 and Xbox One 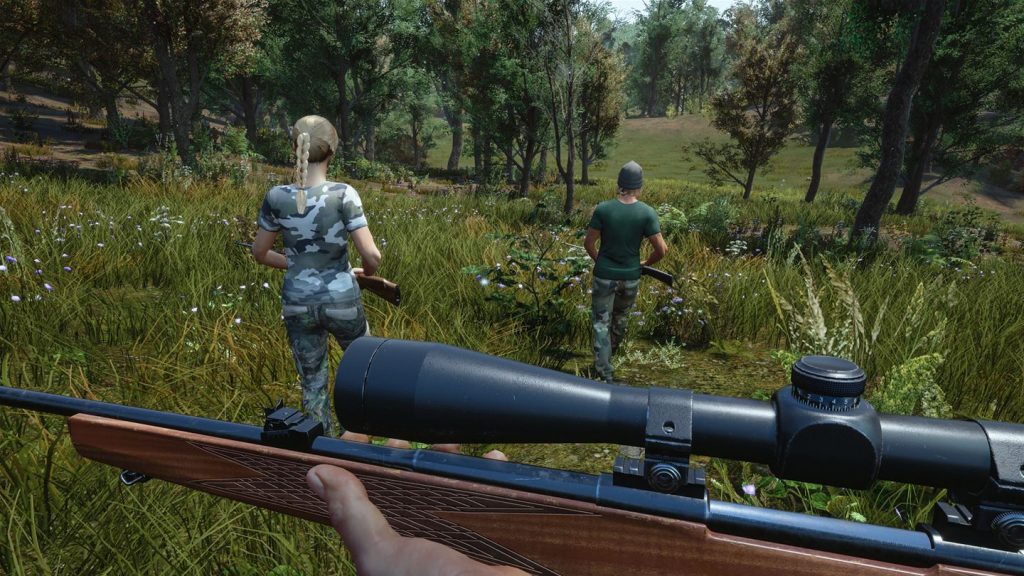 Who says you can’t be one with the outdoors when you’re playing video games?

The truth is, there have been so many video games released over the years that there’s a type of video game for pretty much everybody. This includes hunters, who love the outdoors more than staying indoors.

Believe it or not, there are plenty of good hunting games for Xbox One and PS4 available out there.

Meticulously built to mimic the feeling of exploring the wilderness and hunting wildlife, hunting games are the perfect way to satisfy your hunger for hunting without stepping outside.

Unfortunately, not all hunting games for PS4 and Xbox One are good. Some are a complete waste of time.

With that said, we’ve rounded up the 7 best hunting games for PS4 and Xbox One that are available today. Best Hunting Games For PS4 and Xbox One

A good sign that a game is good is if it comes as a sequel. This isn’t to say that a lot of video game sequels are good. Everybody knows that there is a fair share of sequels that should have never been made in the first place. However, Hunting Simulator 2 is one of the few sequels that aren’t just good but are better than the first title.

Hunting Simulator 2 takes all the good bits of hunting and removes all of the annoying bits. The former includes buying licensed gear and firearms, as well as stalking animals based on sound and sight, as you would in real life. The latter, meanwhile, means that there’s very little post-kill processing in the game if at all.

If there’s one gripe that we have with Hunting Simulator 2 is its lack of overall structures.

Without any missions or challenges presented to you, it essentially just lives up to its name, which isn’t necessarily a bad thing, but it feels like it missed out on something that could’ve given it better replay value.

2. theHunter: Call of the Wild

In terms of gameplay, theHunter: Call of the Wild doesn’t really deviate much from other hood hunting simulator games. This isn’t necessarily a bad thing, since it means that it’ll feel very familiar right from the get-go. However, what separates the games from others is just how beautiful it is.

It’ll definitely take some time getting used to the gameplay and the game is quite difficult.

If it’s any consolation, you’ll find yourself rewarded with a large map filled with beautiful scenery.

Whoever said that our list is exclusive to hunting games that lets you hunt real animals?

The fact is, as much as Horizon: Zero Dawn is an open-world, action-adventure title, it’s very much a hunting game through and through.

One of the most hype-inducing parts of the game, when it was first announced, was the premise of being able to fight against giant robot-like machines. However, once it came out, each machine’s uniqueness blew everyone away. They weren’t just bigger or stronger versions of each other. They actually had unique mannerisms and reacted differently to you.

Some are tamer and won’t mind you going about unless you show signs of aggression, while others will stalk and attack you at first sight.

Each machine also has a specific set of weaknesses and weak points that help add a layer of strategy to the hunt, making each encounter a thinking man’s game, especially after your first playthrough and you’ve unlocked the super fun but uber-challenging Ultra Hard mode.

Ubisoft’s Far Cry series has always had a hunting and gathering element to it. It’s one of the few games that use both effectively to really make you feel like you’re the main character who’s desperately fighting for his life. However, as the game progressed, hunting and gathering took a backseat.

Not that we’re complaining. Far Cry games tend to have awesome storylines with even better villains.

But, when it comes to hunting and gathering, Far Cry Primal takes the proverbial cake.

Far Cry Primal doesn’t really do anything new. It’s just that it takes things up a notch. It’s set during a time wherein people still fought for survival using literal sticks and stones. You might have the series staple bow, but the addition of the spear and club helps add a whole new dynamic to the gameplay and combat.

Considering your weapons aren’t exactly built to take down prey in one shot, Far Cry Primal puts a lot of emphasis into knowing how to hunt properly. This includes fighting efficiently and knowing how to use stealth to your advantage.

The thrill and challenge of the hunt is universal. It’s not just something that you can get from hunting deers and real-world animals. Or, at the very least, those that are partly based on them.

If you’re looking for a more fantasy-based hunting game, then look no further than Monster Hunter World.

The whole point of the game is simple — the constant search for  bigger and tougher monsters to test your mettle against. After you take one down, it’s on to the next one, and another, and another, and before you know it, you’ve spent dozens if not hundreds of hours tracking down skyscraper-sized monsters.

What really sets Monster Hunter World apart is how unique and diverse the game’s environments are, as well as the dynamic AI used to make each monster feel just as challenging as the other.

While purists and hardcore fans of the franchise might scoff at Monster Hunter World’s attempt to make the game “easier”, it’s an excellent entry-point that caters to both fans and non-fans alike.

If Horizon: Zero Dawn is set in the far future where humanity has taken a huge step back following a cataclysmic event and pits rather primitive human beings against dinosaur-sized machines, The Witcher 3: Wild Hunt is its more of its epic fantasy cousin where you’re in control of basically a superpowered human being that can take down monsters.

What really makes The Witcher 3: Wild Hunt feel like a proper hunting game is how different each battle can feel. Each monster, from the Lesthen to the Shriekers, have their own unique attributes. You’ll have to spend quite a bit of time learning their patterns and weaknesses. Otherwise, you’re going to find yourself in a world of hurt.

Naturally, as you progress in the game, battles become easier. They become less about tactics. They start to boil down to hacking and slashing your way through hordes of enemies. But, you can raise the difficulty, and once you do that, enemies start becoming more challenging again.

With that said, The Witcher 3: Wild Hunt isn’t necessarily for all hunters. However, it’s a hunting experience that’s very well worth the try, especially since it’s one of the best games ever made.

Hunt: Showdown does an excellent job of putting you in the shoes of both the hunter and the hunted.

The game is made by the very same people behind Crysis. This means that you partly know what to expect here. No, it won’t melt PCs as Crysis did. Nor will it tax your console too heavily. However, the game is beautiful. At least, in its own grotesque and horrific way. But, it’s not just a good-looking game with immersive environments, it’s also very well made.

Hunt: Showdown is a first-person shooter with PvP and PvE elements. It puts players in a Battle Royale-Esque match wherein they’re tasked to take down monsters while also having a target on their back.

Think of Hunt: Showdown like a game of cat and mouse with a bit of hot potato thrown in.

Together, these qualities combine to create a very tense game that’s perfect for hunters who live for the thrill.

It doesn’t matter if it’s hunting in a traditional sense like the deer hunting games for Xbox One and PlayStation 4 that you like. Or, if you prefer a more fantasy setting or science fiction. The fact is, there are plenty of hunting games for PS4 and Xbox One out there.

We didn’t include Cabela’s hunting games because they’re not exactly available for the PlayStation 4 or Xbox One. At least, not without backward-compatibility But, rest assured, as soon as one is made for the current-gen consoles or even next-gen consoles, we’ll be the first to try it out to see if it’s worth including in our list of recommendations.

For now, our list of Xbox One and PS4 hunting games will have to do.