How To Download & Install Minecraft mods: Step By Step Guide 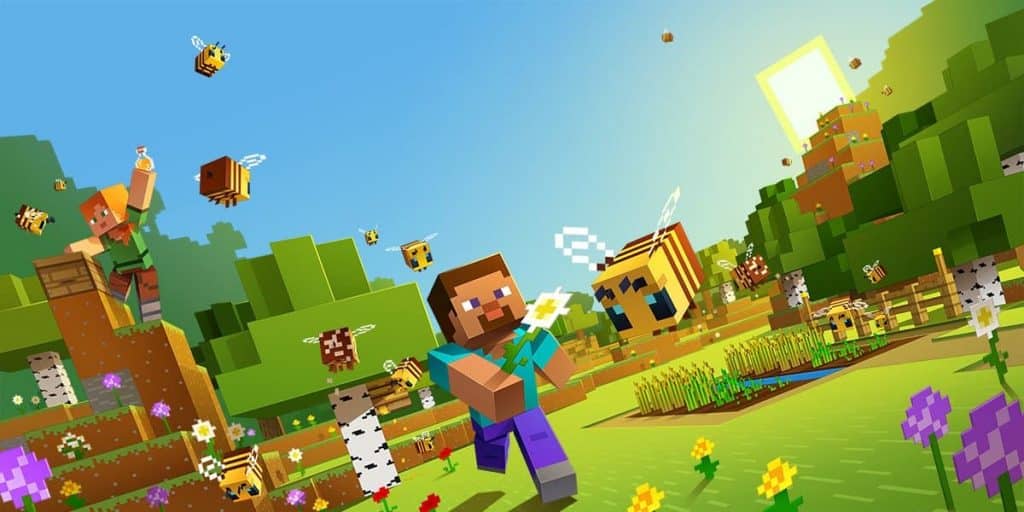 Want to know how to download and install Minecraft mods on windows and mac? Well, then this is the article you need to read. A step-by-step guide for you…

Minecraft is arguably the best-selling game ever in the history of video games. With endless possibilities, Minecraft is the ultimate virtual sandbox where you can create anything you like. With a huge fanbase and long-running official support, there is bound to be a high demand for mods.

Thanks to the highly customizable gameplay and liberal support from developers, an onslaught of Minecraft mods can be found on the internet.

In this guide, we’ll walk you through how to download and install Minecraft mods on windows and mac.

You can add Minecraft Mods from reliable websites. The most popular website with an extensive catalog of Minecraft mods is Curse Forge.

Here, you can find Modpacks, Customizations, Addons, Resource Packs, and of course, Mods. You can also find prebuilt worlds which you can simply explore or further customize.

Under the mods tab, you can sort by the type of mods as well as the supported versions. A one-line description of what a particular mod does is also available in the listing.

1. Find the mod you’re looking for on Curse Forge or any other site and simply hit install (on curse forge) it will take you to the download page.

2. Most of the time, the mod files will be compressed into a Zip file. You’ll need to unzip the file and extract all its content before you can install and enjoy the mods.

3. By default, these mods will end up in your download folders if you didn’t change the extraction location. Hence, you’ll have to manually move them in order to run them.

NOTE: Mod files are based on Java, so you don’t need to worry about finding Windows or Mac-specific files. If the mod supports your Minecraft version, then it will run on both Windows as well as Mac. Furthermore, you’ll need to download Java separately if you’re running a non-Java Minecraft in order to install any mods.

How To Install Minecraft mods On Windows?

There are a few ways to install Minecraft mods on Windows but the simplest and most popular method requires Forge, a simple program used to integrate Minecraft Mods.

Here’s how you can get Forge for Windows

2. In your downloads folder, you’ll find the Forge download with a .jar extension. Simply double click on the file load the installer.

3. Select the ‘Install Client’ radio button. The browse the location where you want Forge to be installed or simply leave it unchanged. Click ‘OK’. Forge will be installed on your system.

4. Now, boot up the Minecraft.

5. In the Minecraft Launcher, head over to ‘Launch Options’ and click on the ‘Add New’ button. In the ‘name’ column, write Forge and under the ‘version’ tab, select the Forge you just installed.

6. Head back to the ‘News’ tab and click on the arrow beside the ‘PLAY’ button. Here, select Forge.

If you named it anything else in the previous step other than ‘Forge’, then select that name. Now when you launch the game, a dedicated ‘Mods’ button will pop up on the menu. Here, you can see all the installed mods.

How To Install Minecraft Mods With Forge:

1. Once you’ve downloaded your mod of choice and installed Forge, it’s simply a matter of moving the files. Copy the mod from the downloads folder and move it to the mods folder located inside the .minecraft folder. The ‘.minecraft’ folder is usually found in the C:\ drive.

2. Paste the mod file inside the mods folder. If there is no mods folder inside your ‘.minecraft’ folder, you can simply create a new folder, name it mods and add Minecraft mods there.

3. Launch the game with the Forge client active. Keeping in line with #6 from the previous section, click on play and you’ll find your desired mods in the mods tab. Here, you can activate or deactivate them whenever you wish.

How to Install Minecraft Mods With an Alternative Method Without Forge:

2. Double click and Twitch Setup and follow instructions of the Wizard to install Twitch on your system.

3. You’ll need a Twitch account to log-in. If you don’t have one, you can create it for free on Twitch.

4. Once you’re on the home screen, click on the ‘Mods’ tab at the top of the screen in the navbar. Here, find Minecraft and select it.

5. Find the Minecraft version that resembles your version and create a new profile for it.

You can also browse Twitch mods on Curse Forge as we have shown above. Instead of clicking the download button, click on the ‘Install’ button with a Twitch logo on Curse Forge site. You can install the mods using either of the two methods.

7. Once installed Go to ‘My Games’ in the Twitch client and select Minecraft. All the installed mods will now be visible and usable in-game. From there you can click on Play to start the game.

How To Install Minecraft mods On Mac?

You’ll be happy to know that the process to Install Minecraft mods on Mac is simply the same as installing Minecraft Mods on Windows! Forge is available for Mac as well. The Twitch method works for Mac as well, simply download the Twitch app for Mac instead of Windows and follow the same steps.

All mods for Minecraft are free, as stated by Mojang’s end-user license agreement. Developers are not allowed to charge a fee or sell Minecraft mods. As such, you never have to pay for any mods or mod packs. However, a few developers accept donations if you’d like to support their endeavors.

According to Mojang’s end-user license agreement, all mods are legal to own and distribute. However hacked versions of the game or server software are not legal to distribute.

The safety of Minecraft mods is based on their source. If you’re downloading a Minecraft Mod from reliable sources, such as Curse Forge, then mods are generally safe. You can take a look at the ratings, reviews, and comments of a mod to further verify its legibility.

That being said, Minecraft mods sourced from unreliable sources are generally unsafe. It’s very easy to hide a Trojan in an unchecked mod. So the next time you lust after the unlimited diamonds mod from a shady website, remember it’s not worth your data.

Can I install multiple Minecraft Mods at once?

Yes, multiple Minecraft mods can be installed at once. The only limitation to the number of mods installed is your hardware capabilities. A more powerful system can support a larger number of mods without any troubles. Furthermore, the number of mods also depends on the requirements of a particular mod. So the ray tracing mod for Minecraft requires more horsepower than a fabric mod.

Can I install Minecraft Mods without any external client?

Technically, yes, you can install Minecraft mods without any external client. However, we won’t recommend you to do so the process is long, complicated and you often run the risk of corrupting your game.

If you followed this guide step by step, you’re about to venture into a whole new world. Minecraft mods open a doorway to a ton of possibilities, greatly expanding the fantastic virtual sandbox of Minecraft.

The best part is that you need to follow this setup just for installing your first mod. Once you’ve got everything in place, it’s just a matter of finding and downloading your preferred mod.