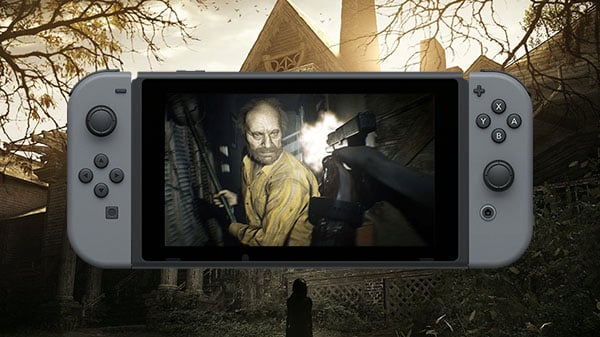 Horror video games, especially those in the AAA price range, are becoming increasingly rare. However, there are a few series that are keeping the AAA horror genre alive, and Resident Evil is the most prominent of these. Resident Evil 7 has finally been released for Nintendo Switch, joining the most recent installment in the franchise, Resident Evil Village.

The 2017 release is easily one of the best horror games of the previous decade, so this is fantastic news for Switch owners. It was developed and released by Capcom, and it marked a departure from previous entries in the series, which had focused more on action horror, by switching to a first-person perspective and returning to the series’ survival horror origins. Resident Evil 7 Cloud versions of the game have been playable on Nintendo Switch in Japan since 2018, but they have not been released in the West until now.

But, that’s not the only game added recently. Another good news to Switch players and old-school gamers: The Sega classics are finally back after decades-long waiting.

What are Cloud Versions?

Cloud versions, for the unfamiliar, indicate that the game cannot be downloaded directly but must be streamed, with the streaming technology performing some of the heavy liftings to make the game compatible with the Nintendo Switch with less effort spent porting the game. Obviously, this isn’t the best method, but it’s the only one available on Nintendo Switch.

Resident Evil 7 takes it to the next level

According to the official synopsis, “Resident Evil 7 biohazard is the next significant chapter in the famed Resident Evil series and sets a new route for the franchise as it leverages its origins and opens the door to a genuinely scary horror experience.” Resident Evil 7 is described as “a dramatic new shift for the franchise to first-person perspective in a photorealistic manner driven by Capcom’s new RE Engine,” which results in “an unprecedented degree of immersion that puts the exhilarating terror up close and personal.”

For the main part, Resident Evil 7 pre-orders can now be placed on their official website, including instructions on how to play and game notes.

Nintendo has always fascinated gamers with Switch — it is a completely different gift from other noteworthy competitors, but 90% haven’t unlocked its true potential. Fortunately, we have the complete guide to Jailbreak Switch consoles.