All Among Us Colors List: Mere Cosmetics OR Mysterious Occults? 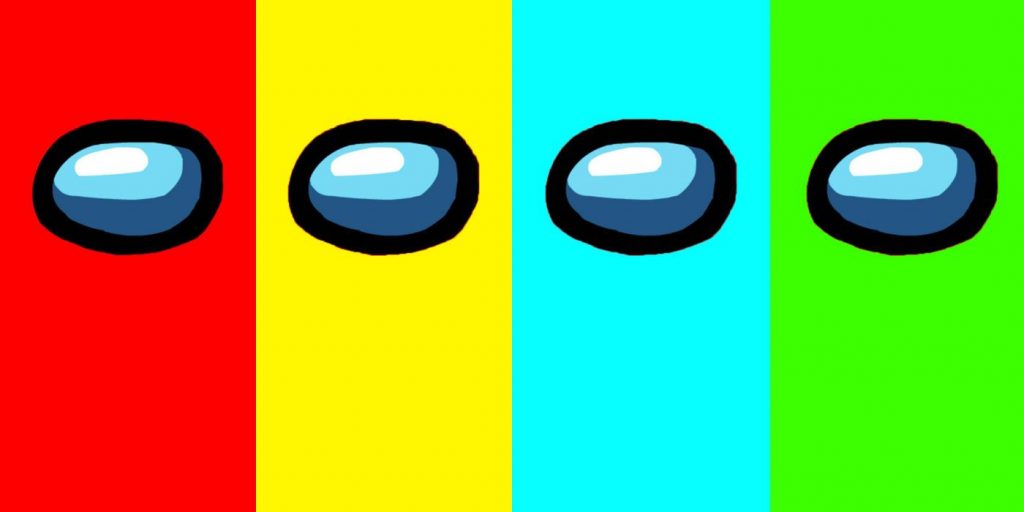 The stellar success of Among Us in 2020 gave birth to one of the biggest modern-day cultural phenomena – the humanoid/dwarf astronauts. From questioning their existence to chalking up their anatomy, fans did almost everything.

But, the hot topic has been the Among Us character colors.

Although the Among Us colors are just a means to differentiate, that didn’t stop people from coming up with their own interpretations. Fetching up crazy backstories and outrageous gameplay claims, the gaming community went to town with the Among Us colors.

So, is there more to these Among Us character colors than meets the eye? Is there any correlation between the color you choose and the role you get?

There are claims that specific colors have higher chances of getting an Impostor (Red & Black Among Us colors are the usual suspects.)

Well, that’s the kind of questions we are going to answer today- and more! So, let’s get started.

How Many Colors Are There in Among Us?

Among Us started with 10 colors. 2 new colors (Cyan & Lime) were added in October 2019. And then in June 2021, 6 new colors were added with a major content update to complement the new 15-player lobbies.

So, players now have 18 different Among Us colors to choose from.

Here’s a list of all colors in Among Us, including the new ones.

The new Among Us colors update also had Fortegreen and Olive, both of which didn’t make the final cut- maybe in the next update.

Fun Fact: Innerlsoth held a vote on their Discord server where members had to choose one color between Coral and Olive. In a tiebreaker, Coral won the vote and was added to the game.

Among Us Character Colors – Role Call!

Contrary to popular belief, the color of an Among Us character does not decide which role the player is going to get.

For example, as the internet would have you believe, the Red Among Us character is not always an Impostor.

Aside from the memes, the promotional content on the game also highlights darker shades like Black and Purple as an Impostor. But again, that doesn’t mean that these are the ‘most likely to get Impostor’ colors.

And the same goes for Crewmates.

Colors like Green, Pink, and White have been heavily associated with being a Crewmate most of the time.

Plus, the new roles added to the game are also not affected by the character’s color. Whether you get Engineer, Scientist, or Shapeshifter, it’s all a game of chance.

And, to bust the various myths surrounding the Among Us colors, we can say once and for all that these are mere cosmetic items, much like Among Us hats and skins.

So, instead of profiling these colors, we suggest you hack Among Us to pick and choose the role you want to play in Among Us.

Among Us Colors – Popularity Rankings

Some people just pick their favorite colors, while others choose a specific one in the hopes of becoming an Impostor. And although picking a certain Among Us color makes absolutely no difference to the odds, that doesn’t stop people from going for it.

No matter what is the reasoning behind it, one thing’s for sure, players have a strong favorite.

Here are the official popularity rankings of all Among Us colors – from most popular to least – released by the Among Us Twitter account.

This data was collected and released after the 18-color update. But we’re pretty sure Red was on top of the list before that as well.

There weren’t any votes held for this. These are official rankings prepared by the devs using game data. And we have to say that there are a few surprises in here.

First up is a surprise in the top 4 with Rose ranking higher than some OG colors like Purple and Cyan. Coral – a color that made it to the game after a tie-breaking vote – is more popular than Green and Brown.

Sympathies are with Tan for coming in dead last, but we don’t think Tan is jumping places anytime soon. It’s just not a good look on an astronaut.

How To Change Among Us Character Colors?

When it comes to changing the character’s color in Among Us, there are 2 ways to do so. One is from the home screen and the other is in the lobby before the game starts.

Here’s a walkthrough for both of these methods:

Changing Among Us Character Color – Homescreen

For full character customization, before you join any game, you can head over to your wardrobe to select Among Us character color, equip hats, skins, visors, and more.

From here, you can also equip hats, choose a skin, select the visor, pick a pet, and customize the name bar as well. The new addition, Cosmicubes, is also accessible from here.

But there is one problem with this method.

Let’s say you chose the color Green in the wardrobe. Now, when you head over to Find Game and join a lobby, your character will not be Green if someone else, who joined the lobby before you, has equipped Green as well. In that case, you’ll be given any random color.

Changing Among Us Character Color – Lobby

Once you join a lobby, you can still access your wardrobe to choose different colors and equip any cosmetic items. Here’s how:

Doing this will open your wardrobe, but this time the colors already equipped by other players will be grayed out.

If you are adamant about playing with a specific color, you can also ask others to switch colors with you in chat. Better yet, host your own lobby to do everything according to your liking.

Now you know everything about the all Among Us colors in the game. Heck, you know about a couple of colors that aren’t even in the game.

And in the end, don’t pay heed to people saying you can get Impostor or Crewmate by picking a specific color. All that is just hearsay. Focus on the game and you’ll have fun regardless of the color.