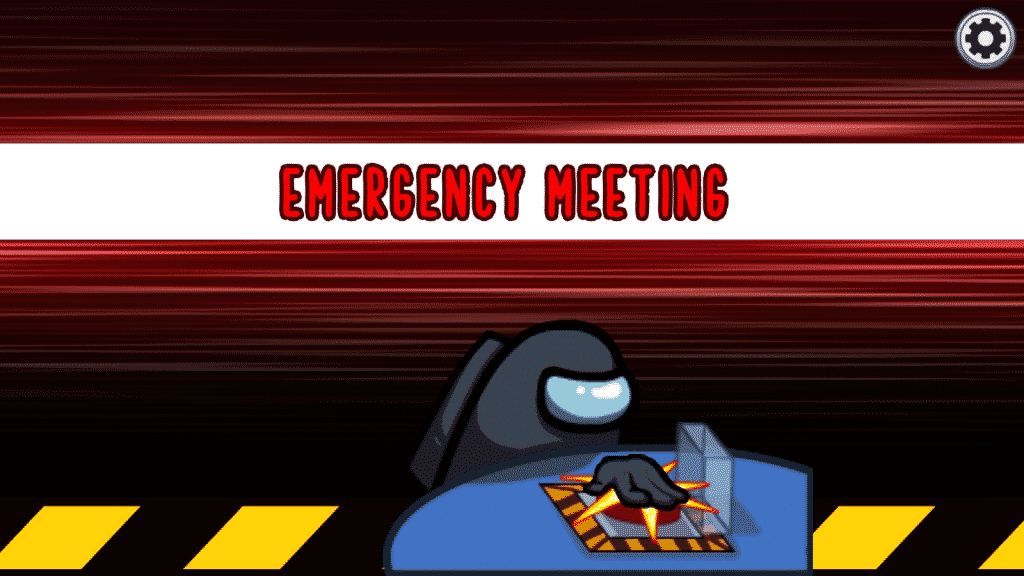 The Among Us Black character color was deemed the second most popular choice according to backend Among Us data. Only the poster boy of Among Us Impostors, Red, beat the Black Among Us character color in terms of popularity.

But why is it so popular?

To be honest, seeing Black in 2nd place was a surprise, but the Among Us community just loves the Red Among Us character (and its memes.)

But, the reason for Black’s popularity is our love for the color itself.

Corpse Husband & Among Us Black Character

Plenty of YouTubers cashed in on the success and popularity of Among Us to grow their own channels. Many benefited a lot but Corpse Husband is a name that stands out.

The YouTuber got famous for his deep, low voice, insane Impostor plays, and the iconic Black Among Us character look (which we’ll tell you how to recreate). He played Among Us with some of the biggest YouTubers and Twitch streamers including PewDiePie and Pokimane.

And in those streams, fans fell in love with his gameplay and his voice. All of a sudden everyone wanted to play Among Us as Black.

Fun Fact: The Black color in Among Us was named Gray initially. It was later changed to Black when the color Gray was also introduced in the wardrobe.

Also, you can read about all among us characters here.

We’d love a Batman cape and mask in Among Us so we can live our fantasy of playing Among Us as Batman with the Black character. And ever since the Scream collaboration, our hopes have reached new heights.

But until Batman enters this meta/universe, we have to make do with other looks on the Black Among Us character. Here are our top 3 looks on Black.

Bring out the classy Crewmate or the gentle Impostor in Among Us by suiting up in all black. The only thing missing is the black glasses, but the spacesuit visor will do just fine.

To create this look, equip the Toppat Grunt hat and the Suited Up skin from the wardrobe. You can also mix it up by using a white hat or white skin- or both.

Many would disagree, but the Scream look only works in Black. It’s so-so on the White Among Us character, but using any other color just feels wrong- especially Red.

Equip the Scream Mask in hats and Scream Robes in the skins tab.

The hat and skin both were part of the Scream collaboration and you may or may not have it in your wardrobe depending on your version. If it’s not there, update your Among Us.

Although it’s not the original Halo suit color, it looks dapper in Black. To be fair, it’s the Halo suit, it looks great in almost every color.

Use the Spartan Helmet and the Spartan Armor for hat and skin, and you’re good to go. Add the Guilty Spark pet to complete the futuristic look.

How To Create The Corpse Look In Among Us?

Corpse Husband used 2 different looks in Among Us- a simple one and a Halloween special. Here’s how to create both of them.

A chaotic combination of horns over a black suit. Corpse used this look for plenty of games before Halloween came knocking.

This was a simpler but more iconic look. But, the bad news is that you cannot recreate it now because the main (only) ingredient, the Werewolf hat, has been removed. It might return come Halloween.

Here’s a screenshot of that look, though.

Even PewDiePie is copying the Among Us legend.

And that’s about it for our Black Among Us character ideas, for now. With new hats and skins, we’ll soon be seeing a lot more for Among Us Black. Cheers!