How To Play Among Us? A Mixed-Bag Among Us Guide! 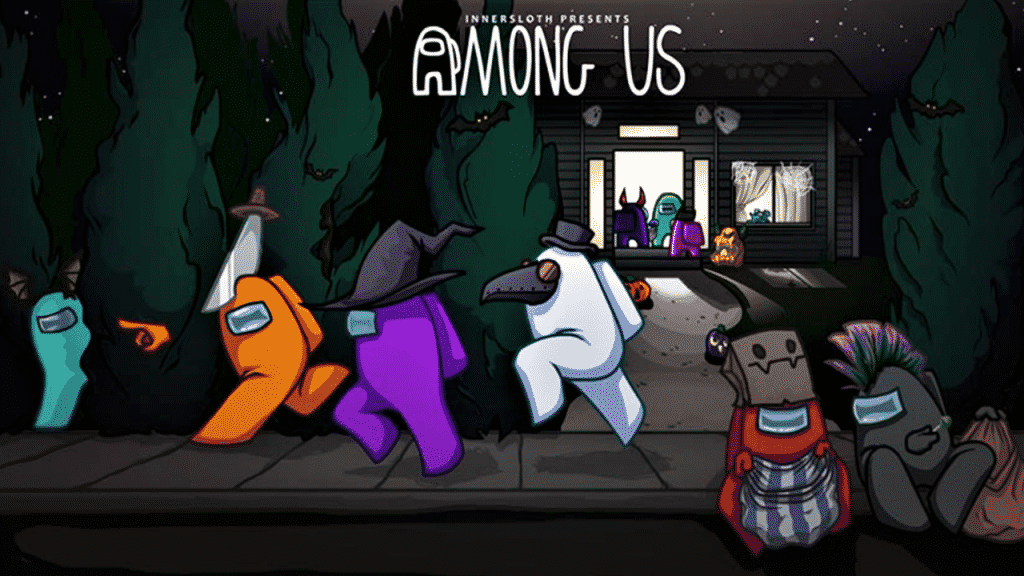 Among Us mania took over the world during the pandemic, and the game quickly became an out for people stuck in their homes. During the countless lockdowns, Among Us was on everyone’s playlist.

People refuse to believe that the game was released in 2018, and it absolutely tanked. But, that’s the truth. Among Us only became a cult classic once it was adopted by Twitch and YouTube.

That said, there are people oblivious of this phenomenon. Mostly because they couldn’t figure out how to play Among Us. One of us admitted to this as well. Now, he’s a Level 10.

Among Us does seem a bit tricky at first, but it’s fairly simple once you get the hang of it. We say simple and not easy because the premise makes it far from easy.

Among Us – Genre & Premise

Among Us is a social deduction game where players work with each other and against each other simultaneously.

We disagree with the ‘murder mystery’ tag on Among Us because there is so much more going on in the game.

Here’s what that means.

In Among Us, players have to complete certain tasks while an alien parasite is going bananas. The players can either be a ‘Crewmate’ or an ‘Impostor.’

Crewmates have to finish tasks to win, while Impostors have to kill all  Crewmates or sabotage the whole map to win.

But, Crewmates can call meetings and vote out anyone who they think is the Impostor. And if they vote out the right person, Crewmates win. If they are wrong, the game goes on- with an innocent Crewmate dead.

Pretty straightforward on paper, complicated and gripping in real-time. And now that the essence is clear, time to move on to substance.

How to Play Among Us as a Crewmate?

Most times, you’ll be playing as a Crewmate because a lobby can only have a maximum of 3 Impostors but 12 Crewmates. So, mastering Crewmate gameplay is the perfect way to master Among Us.

Crewmates are the protagonists, and they essentially have 2 missions.

If they can even complete one of these two, the victory is theirs. But, they also have to deal with crazy sabotages, defend themselves in Emergency Meetings, and gain others’ trust.

Pro Tip: Team up with 1 or 2 Crewmates and perform visual tasks with one another to prove you’re not the Impostor. But, it’s a high-risk, high reward strategy that’ll get you killed if you team up with an Impostor.

To add more depth, Among Us now has sub-roles for Crewmates. Here’s a summarized list:

How to Play Among Us as an Impostor?

Although players seldom get to be an Impostor, it’s way more fun than being a Crewmate.

For an Impostor, the whole point is to be chaotic. Killing Crewmates in cold blood, sabotaging important map locations, and lying through their teeth to survive is what Impostors have to do to win.

Pro Tip: If you are to play Among Us as an Impostor, master the Sabotage & Kill strategy. It’s a simple but effective strategy, where you Sabotage a location, find a lone Crewmate and knock ’em out.

How To Join an Among Us Game?

Now that you know the basics, it’s time to join the party. And by party, we mean one of the numerous Among Us lobbies on the servers. Here’s how to play Among Us on public servers.

You can also see the Host and Private options here. If you’d like to create your own lobby (it can be public or private), click on Create Game. And to join a private lobby, click on Enter Code, and input the 6-character code.

In the bottom right-hand corner, you can see a globe icon. Click on it to switch between Asia, North America, and Europe’s public servers.

You can filter lobbies by map, number of Impostors, and chat type. More filters mean fewer lobbies to choose from.

Among Us Available Platforms

Among Us is available on almost every major platform and device that you can play games on.

As you can see, there is still no Among Us for Mac. Apple’s like, iPhone and iPad users can play it, but you bought our costliest thingy? No Among Us for you! What’s up with that Apple?

However, you can still play among us on mac, follow our guide here to learn more.

How Many People Can Play Among Us at Once?

The host – lobby creator – can choose how many players will play the game at once.

The minimum number of players that can play Among Us at once is 4 (3 Crewmates & 1 Impostor).

The maximum number of players that can play Among Us at once is 15 (3 Impostors & 12 Crewmates).

How to Play Among Us with 100 Players?

So, it’s established that officially Among Us only allows 15 player lobbies. But, where did this bonkers Among Us with 100 players gameplay come from? Well, we have Socksfor1 to thank.

Basically, the YouTuber created an Among Us mod and a custom server to play Among Us with 100 players and then posted the video on YouTube. And as you can imagine, it was pure chaos and entertainment.

But, unlike most of the mods and servers used by YouTubers, this one is public.

However, it is still quite exclusive as it is moderated to keep scammers and hackers out of the Discord server. And if you want to be a part of this exclusive server, you’ll have to grind in the hours.

Now, to play Among Us with 100 players, you need to reach Level 5 rank in the server- not in Among Us but on the Discord server.

How To Reach Level 5 on the Server?

Every newbie is a Level 1 player, but by following the rules and contributing to the community, you can increase your level. Your activities will be monitored by the bots and moderators, and your level will gradually increase.

Once you’ve reached Level 5, put in the request and wait.

Once you put in the request to join the 100-player Among Us server, any participant can send you the invite and you’d be able to join it just as you would join any ordinary Among Us server.

How to Play Among Us on Chromebook?

No, we aren’t mucking about- you can play Among Us on Chromebook as well, thanks to the Google Play Store.

Make sure your Chrome OS version supports Android apps. Then, just install Among Us on your Chromebook from the Google Play Store, as you would on any Android device, and go to town.

The gameplay is the same as on PC. You’ll have to use mouse + keyboard or mouse alone controls as per your preference. No touch screen support, even if you have a touchscreen Chromebook.

How to Play the New Among Us Map?

It all started with 1 map, and now there are 4 Among Us maps available, with the 5th map all set for release sometime in 2022. The 4 maps are:

Skeld is the first-ever Among Us map, and Airship is the latest inclusion. And to enjoy the latest maps, all you have to do is ensure that your game is up-to-date.

The good news is, that’s super easy because the game updates automatically on every platform. So, to play the new Among Us map, all you have to do is wait until the 5th map is released. Until then, enjoy the other 4.

And now you know how to play Among Us, join and create lobbies, and a few more things that we’re sure you didn’t know before.

But, we’ve just scratched the surface in this article. There’s plenty more to learn about Among Us so make sure to check out our other Among Us content and tell us what more you’d like to know!