How To Change Name In Among Us? Airship Map Update! 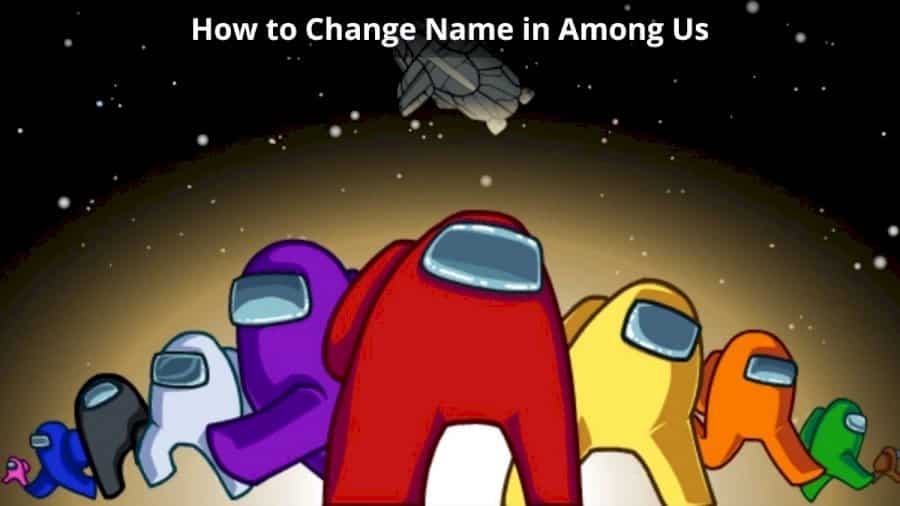 The latest Among Us update brought plenty of new features and changed a lot of stuff for the better. The only thing that’s worse off is Among Us name changing.

Ever since the start, changing names in Among Us was as simple as it could be with the Change Name option sitting on top of the home screen. Now, it requires a little bit of navigation. It’s still quite easy, but we think the change was unnecessary.

To be fair to the devs, they did include a random name generator as well, but more on this later.

Right now, this is how to change name in Among Us. We’ve also added some related tricks and tweaks to help you along.

How To Change Name In Among Us?

Among Us, ever since its release, was a plug-n-play title. There was no progress to be saved, no gifts or rewards to be redeemed, so there was no need for account creation.

It was just there. A simple game.

At that time, players could set up their Among Us names on the very first screen.

But, then came the Account feature and the Change Name feature moved too.

Here’s a step-by-step guide on how to change your name in Among Us after the latest update.

And that’s how to change name in Among Us. The process is all the same regardless of the device you’re using. Even the consoles like Xbox, PlayStation, and Nintendo have the same process of changing names in Among Us.

But that’s not all. There is a catch to name-changing if you decide to play Among Us as a guest.

How To Change Name in Among Us Playing as a Guest?

If you decide to play as a Guest, you can not set a name for yourself. You’ll just have to use random names generated by the game itself, which are just so-so.

While playing as a guest, Among Us removes the Change Name button and replaces it with Randomize Name, as you can see in the image below.

Hit the Randomize Name button as many times as you want and select a name you find tolerable.

And that’s all there is to know about the new Change Name feature in Among Us. Now you know how to change name in Among Us, and when is it impossible to do so.

We’d say, just sign in with an account. It’s super easy and brings plenty of perks. All you have to do is hit the Sign In button and the game will do everything itself!

More Among Us Guides and Articles