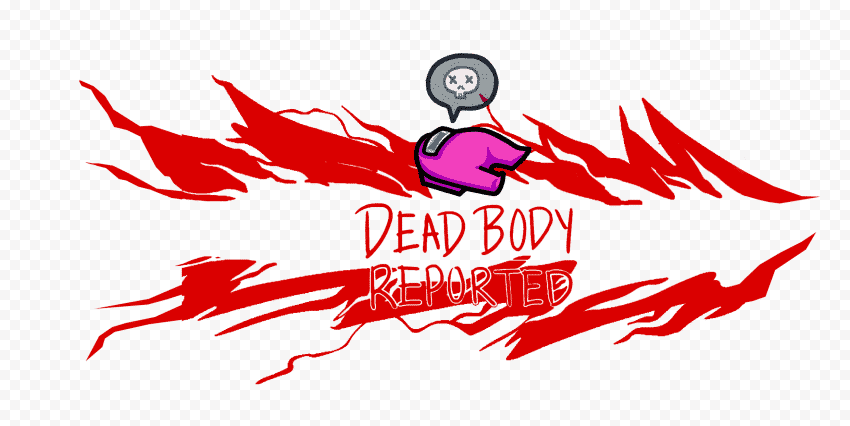 The Pink Among Us character is considered one of the most innocent colors in-game. Rarely would you see someone sus Pink, unless, of course, they are an Impostor and expose themselves by poor gameplay.

Even in the promotional material, Pink is shown as a ‘too cute to be sus’ Crewmate, just murdered by a Green Among Us character. Apart from this, we rarely see Pink in any in-game tutorials or marketing content.

Let’s just say Pink is a vanilla color in Among Us who is silently getting by.

But, don’t be blinded by the shocking pink color. They have the same odds of being an Impostor as any other Among Us character.

With our crazy theories about Pink out of the way, let’s move on. We’ve got some more stuff about Pink we want to tell you (Pink crewmate glitch and some costume ideas.)

Pink Among Us Character Glitch

When a game is available on as many platforms as Among Us is and has the kind of content that Among Us has, there’s bound to be a few glitches.

However, very few have been as annoying as this, and Innersloth received plenty of complaints.

Some players would even appear to be invisible. However, the hats and visor cosmetics would appear just fine. Also, the Among Us character names would be clear to see.

And let’s face it, no one calls out each other’s names in Among Us. Everyone uses the character color to keep everyone in check. In turn, this rendered the game almost unplayable because no one knew who was doing what.

Upon investigating the complaints, Innerlsoth found out that the pink blob glitch was arising on certain Android devices and Chromebooks.

Random Fact: Pink can be seen using a Microsoft Tablet in the How To Play section.

Thankfully, the devs have removed the glitch from most of the devices. The fix was included in the update that brought 15-player lobbies to Among Us. If you still have this problem, we suggest you update Among Us and try again.

Pink Among Us Character – Top 3 Looks

Now is the time to add some funk to this boring Among Us character color. There’s a huge collection of Among Us hats and skins to create some unique combos. Here are the 3 we like most.

The famous summer item of 2021 made its way to Among Us too. This pool floaty swan fedora will get you in the summer spirit. Just equip the Floaty Flamingo hat and you’re good to go.

A scary little combo with Scary Robes skin and the Third Eye hat. Even the Impostor will think twice before shutting your eyes down.

Another costume with Scary Robes but this time to annoy others. Put on the P Hat to announce the party and ruin it with the Safe Not Sorry visor cosmetic.

That brings this Pink Among Us character article to a close, and we’re ending on a high. There are no more Pink Crewmate glitches to worry about. Just be on the lookout for the Impostor hidden behind this oh-so-innocent Among Us character color.