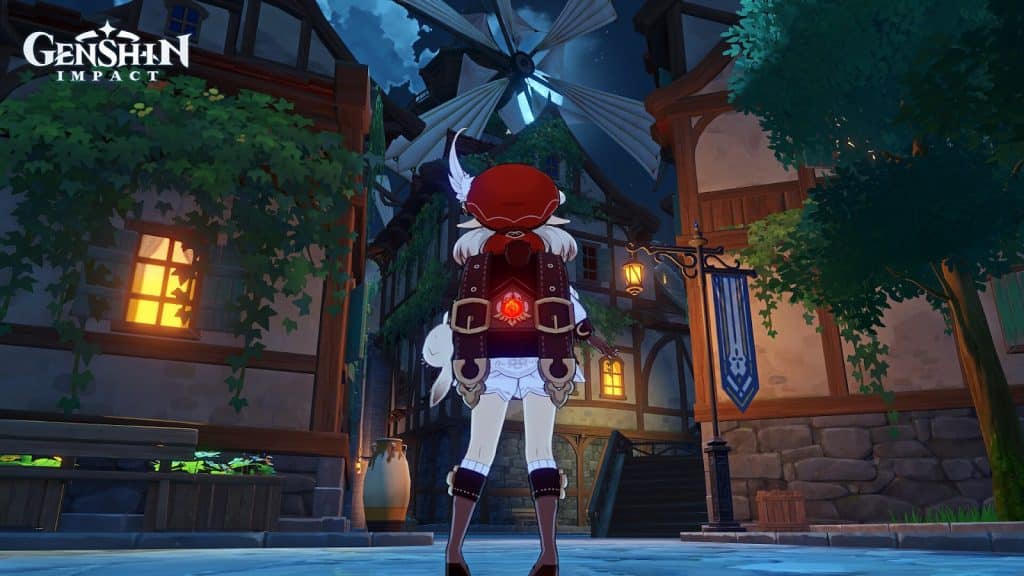 It’s no surprise that Genshin Impact, an Open-World Gacha game ‘inspired’ by the renowned Breath of the Wild series can be a bit jarring for newcomers.

There’s a lot to do in-game and while it can be overwhelming, there are plenty of tools to help you navigate the expansive world of Teyvat.

One such tool is the Genshin Interactive Map which was officially released by developers HoYoverse back in April 2021 and it has been an invaluable resource for beginners and veterans alike.

Any and everything you’re looking for, be it Ascension materials, places to earn Primogems, Oculi, Animals, Puzzles, Plants, and Enemies can easily be tracked using the full Genshin Map.

So, today, we’re going to be checking out the latest updates to the official Genshin Impact Interactive Map. We’ll highlight some of the most important things to know especially for beginners wandering around aimlessly in Mondstadt.

Hopefully, by the end of the article, you’ll be somewhat accustomed to the ‘important’ things in Genshin Impact, where to look for them, and the best ways to use the Genshin Interactive Map.

The Best Ways To Use The Genshin Interactive Map

Genshin Impact is based in the vast, expansive world of Teyvat which is divided into several regions. When you first start the game, you’ll find yourself in Mondstadt which will serve as your playground for the first few Adventure Levels and Quests.

With that in mind, we’ll be covering a lot of content regarding things to know/find in Mondstadt, as well as other regions including Liyue and Inazuma. First things first, HoYoverse has its own official Genshin Impact Interactive Map which is a great resource for players.

This is the official map we’ll be referencing throughout the guide.

The first time accessing the map you’ll see a full screen of markers sprawled throughout the map. But don’t worry, for the most part, you’ll only need to keep track of certain things at a time and everything is easily adjustable.

Once you open the map, you can turn several Observation Hub Pins on or off to make it easier to navigate.

But before you get to this part, I’d suggest thinking about what you’re looking for. Looking for a fun puzzle to solve? Grinding certain materials? Looking to farm certain enemy types? You should know the specifics of what you need before using the Genshin Interactive Map.

We also recommend turning off pins you don’t need when you’re looking for specific things.

Otherwise, you’re going to be confusing yourself more than is necessary. We’ll point out some important things on the full Genshin Map, but you’ll need to figure out which to pursue and when.

To fully utilize the Interactive Map, use the in-game Pins to mark whatever you’re tracking on the map. This will make it easier to cross-reference between the two so you don’t have to keep checking the site.

Another good tip is to use the “Create Route” function on the Genshin Interactive Map. This makes it easier to plan how to search for things like Oculi with a set route hitting each one, ensuring you don’t miss any along the way.

That said, that’s all you’ll need to know about the best ways to use the powerful Interactive Genshin Map. Now, let’s move on to some important things to look for, and starting things off will be the elusive Oculi!

One of the first and most important things to collect in Genshin Impact would be Oculi, orbs of Elemental Energy scattered all around Teyvat.

When collected and offered to one of the Statues of The Seven in a region, Oculi will bestow useful rewards to the player.

This includes Adventure EXP, Primogems, and most importantly, an increase to your Stamina bar. Stamina is a precious resource you’ll need throughout your playthrough and this is the only way to increase it.

Stamina is used for Charged Attacks, Sprinting, Climbing, Swimming, Gliding, and Dodging which makes it essential for survival around Teyvat. We suggest looking for as many Oculi as you can early on to make things easier in the long run.

Check out the locations below to find Oculi in various regions!

After you’ve found a bunch of Oculi, play through the main story, and side quests, and do other activities in Teyvat, you’ll eventually need to Ascend your characters to make them stronger.

You can play through the game to get up to Lvl. 20 overtime and it isn’t too hard to do so. But to make it much faster, use the Experience Materials (for eg. Adventurer’s Experience, Hero’s Wit)

To Ascend your character, you’ll need a few things. First, you’re going to need Ascencion Gems that are specific to the Element the character has. These are relatively easy to find and can be bought, crafted, or obtained from Normal and Weekly Boss fights.

You’re also going to need specific character materials mostly known as ‘Local Specialities’ to Ascend characters. This is determined by where the character originates from (Mondstadt, Liyue, Inazuma) and you’ll find these materials in their respective regions.

While this is considered one of the easiest materials to obtain in the whole Ascension process, it can be frustrating to find specific materials when you’re missing just one or two for a character’s Ascension.

Luckily, you can easily track where to find all these materials on the Genshin Impact Interactive Map.

We’ve included all Local Speciality items from each region so you can have a better idea of where to go to find materials. Before proceeding to Ascend a character, you’ll need a few more materials but more on that in a bit.

Besides Ascencion Gems and Local Specialities, you’re going to need additional Normal Boss Materials which can be farmed by fighting specific bosses.

These are straightforward so you don’t have to go searching for them. They’re easily found by using the Genshin Impact World Map in-game.

But there are also Common Materials that are dropped by specific Common enemies. And it’s probably a good idea to have a stockpile of these materials as they’re used for Character & Weapon Ascencion as well as Talent Leveling.

The only way to get these materials is by defeating these enemies and hoping they drop the materials you’re looking for. To make it easier to grind and farm these enemies we’ve located where each enemy spawns.

Consider creating a route with the Genshin Impact interactive map to quickly farm multiple clusters of enemies. It makes the grind a little more tolerable.

We’ve also divided enemies by type and will include a full list of enemies and their item drops across the 3 regions.

Keep in mind that some enemies just don’t appear in certain regions/places. So if you see an enemy type in abundance in a region you haven’t unlocked yet, try and farm the ones that are accessible.

For example, there aren’t many Fatui enemies in Mondstadt but you’ll find plenty of them up in the Dragonspire. But this is a higher-level area so you may have to level up appropriately before proceeding.

The last things we’ll be checking out on the Genshin Interactive map are Precious and Luxurious chests.

These are some of the higher-rarity chests in Genshin Impact and they’re all over the place waiting to be found.

And it’s probably a good idea to find and unlock as many of these chests as you can because the rewards can add up pretty fast.

But since these are higher-rarity chests, you can expect a fair bit of work to attain their rewards. You will usually come across these chests in these places –

And similar to the Oculi some of these chests will need a thorough investigation to find and may leave some of you frustrated.

Thankfully there are other ways to get these rewards, but if you’re up for the challenge, I’d suggest mapping a route and finding a few chests.

Those Primogems will come in handy when you’re summoning new characters. Check out the locations of these chests and start looting!

And with that, we’ve come to the end of the article and our Genshin Interactive Map guide. By now, I’m sure veterans of the famed Gacha game already know most of this, but there are many players out there who are unsure of many aspects of the game.

And that’s who this is really for, the newbies and beginners to Genshin Impact. Don’t be intimidated by the grind because that’s all part of the fun. Use these tips to figure out how things work in the game, and start exploring the wondrous realm of Teyvat.