Why Is Among Us So Popular? 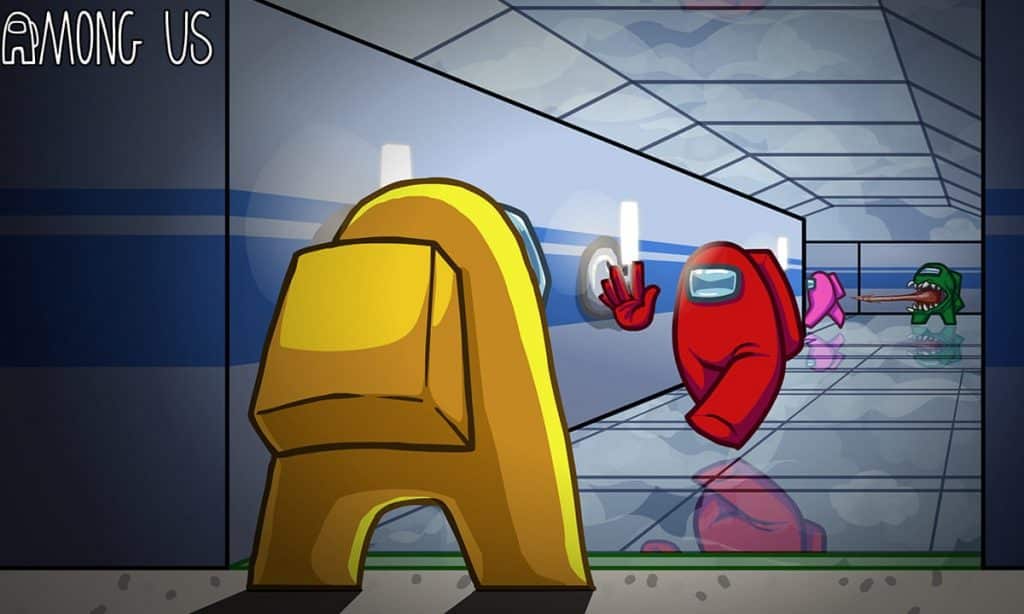 It certainly took its time but Among Us is an absolute cult classic now. And the fact that it gained so much fandom before its console release speaks volumes about the game’s ability to attract new players.

But how did it all happen? How did a game with barebones marketing, no flashy graphics, and a vanilla premise get so popular among the masses? And what next for Among Us?

From history to future roadmaps, we’ll talk about all this and more right here, right now- to give you an answer to the question: why is Among Us so popular?

What is The Among Us Game About?

Among Us is a murder mystery multiplayer game where a group of players is dropped into a map. The players then have to complete given tasks before a murderous maniac kills everyone.

The players trying to complete the tasks and survive are called ‘Crewmates’ and the killers are called ‘Impostors.’ Crewmates can report dead bodies and call Emergency Meetings to try and figure out who the Impostor is.

Meanwhile, the Impostor has to lie, sabotage, and betray like it’s their bread and butter. As for winning the game, there are two different outcomes:

If Crewmates complete all their tasks before the Impostor kills them all, they win.

If Crewmates figure out who the Impostor is, and vote them out, they win.

If Impostor kills every Crewmate to the point that there are only two players left on the ship, they win.

If Impostor succeeds in sabotaging the whole map, they win.

Who Made Among Us? Release Date & Initial Reception

Among Us was made by Innersloth, a small indie game development company that operates out of Redmond, Washington.

The devs of Innersloth have worked on plenty of indie games, most popularly the Henry Stickmin Collection and Dig2China, but Among Us is the only release under their own banner.

And let’s just say, it wasn’t the best release at first.

Innersloth really channeled their inner sloth when it came to marketing Among Us. No one knew there was a Mafia-like social party game available on iOS, and Android way back in June 2018.

In November of the same year, Among Us was released for PC as well, through Steam- but no one cared because no one knew.

Between November 2018-November 2019, Among Us averaged 74 monthly players on Steam. But, it all changed, thanks to COVID-19.

When Did Among Us Get Popular?

Among Us’ popularity numbers started to peak as the COVID outbreak was on the rise- just at the start of 2020. But COVID wasn’t the only factor, Twitch streamers played a huge role in bringing Among Us into the limelight.

Pretty soon, Among Us was everywhere on the internet. Once Among Us was exposed to a larger audience by Brazilian and South Korean Twitch streamers, everyone jumped on the bandwagon.

In fact, Among Us beefed up the subscribers of many YouTubers and Twitch streamers as well. YouTubers like Sykkuno, Corpse Husband, Valkyrae, and more saw their popularity reach new heights.

The game got so popular that even politicians like Alexandria Ocasio-Cortez hosted a few Among Us game streams.

Why is Among Us so Popular?

From 2020 to 2021, Among Us was one of the most popular games all over the world. The numbers have dampened up a bit in recent months, but it’s holding up pretty well with new maps, interesting roles, and some much-needed features like Friend’s List.

Once you play the game and also experience the thrill that comes with it, you’ll see why it is so popular and why it is still hosting 400M+ players a month.

What’s really exciting is that the devs aren’t done with Among Us just yet. They have new roles in the works, a brand new map is confirmed to be released sometime in 2022, and even some new game modes. Fingers crossed!