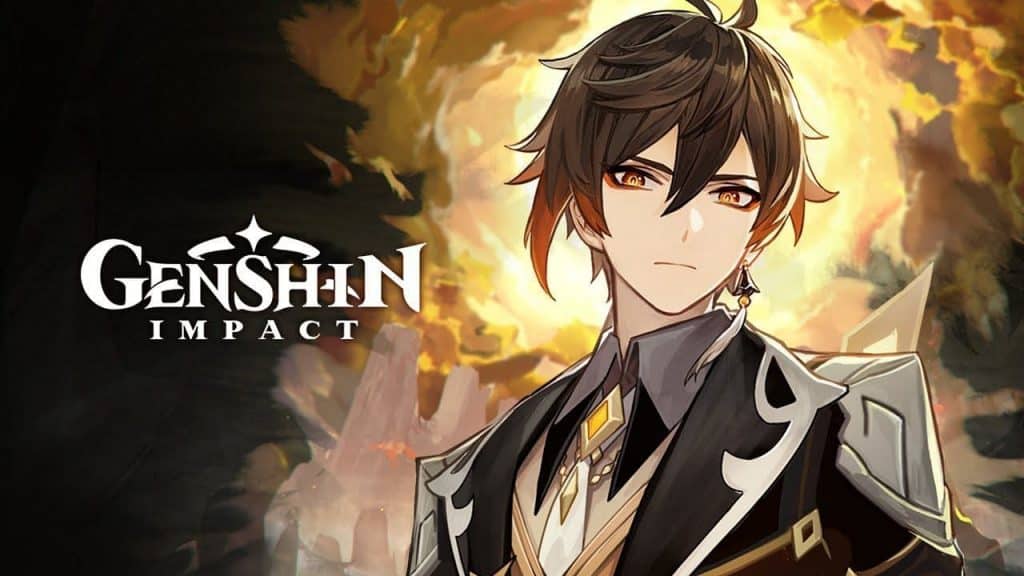 A fan favorite in the storied Genshin Impact franchise is resident Archon bad-boy, Zhongli, aka Morax. Some of his fans even adopt “Genshin Impact” as his last name and call him Morax Genshin Impact.

He is also known as the God of Contracts. Better known as Rex Lapis. Yeah, he’s got quite a few monikers that just show how cool he is.

Besides the obvious swagger about him, Zhongli is an integral part of Genshin Impact’s story and the events in the game. So much so, the universal currency in Teyvat, Mora, is created and distributed by him and Liyue.

But onto what truly matters about Zhongli; how to build and play him effectively. And that’s what we’re here to do today,

We’ll show you exactly how to build Zhongli Morax into a God-Tier character mowing down mobs and bosses with ease. Let’s get started!

Zhongli is an excellent support character who can also deal out massive damage thanks to his Elemental Burst attack.

He’s a combo Support/DPS which makes him a valuable, high-tiered character who can do it all.

Depending on your playstyle and what you need on your team, Zhongli can function as either Support or DPS so we’d advise picking one and focusing his build around the archetype.

But before that, we’ll go through his Talent sheet to figure out the best way to play Zhongli.

Zhongli has a pretty standard Normal attack, Rain of Stone, which allows him to deal 6 consecutive strikes with his spear/polearm.

His Charged Attack teleports him forward, with stone spears raining down in his wake.

The Charged Attack is useful for quick dodges into enemies to avoid their attacks and for enemies lined up in a row. But otherwise, nothing too special, but I will say his Normal Attack does look pretty cool with a slick kick on the 5th attack in the chain.

His attacks are also pretty quick which is useful for fast ambushes and quickly overwhelming the enemy.

Zhongli’s Elemental Skill is very useful as both a support and damage dealing skill. With a Press of the skill, a Stone Stele sprouts from the ground and emanates AoE Geo Damage, resonates with other Geo constructs, and is climbable which is useful for world exploration.

Holding the Elemental Skill will cause a bigger Geo energy explosion, provides a Jade Shield that scales DMG absorption to Zhongli’s Max HP & reduces Elemental and Physical RES for enemies in the AoE by 20%.

You can use the skill as crowd control, get a shield, and fight near the Stone Stele for consistent Geo DMG while debuffing enemies for easier fights. Overall, a super useful skill that pairs well with almost any team composition out there.

Last but not least, Zhongli has a killer Elemental Burst, Planet Befall, which hurls a huge meteor from the Heavens onto enemies.

This deals substantial Geo Damage in the AoE and also applies Petrification, turning enemies to stone.

Not only does the skill look hella cool, but it’s also effective in dealing massive damage in a relatively wide area and will be a great catalyst for Elemental reactions. But mostly because he just looks badass doing it.

And those are the most integral things to know about Zhongli’s move sheet.

Now, let’s move on to spending some Mora (yes, Zhongli’s favorite activity) and check out weapon and Artifact builds to optimize his potential.

There are a few different weapons and artifacts that take advantage of Zhongli’s Talents and stats to the fullest, but to make it easier, we’ll be talking mostly about a Support/DPS build focusing on HP and Elemental Burst damage.

The Staff of Homa is an excellent weapon choice for Zhongli as it focuses on increasing HP as well as Attack DMG potential.

The weapon increases max HP by 20%, which also increases your shield from the Elemental Skill Dominus Lapidis.

It also provides an Attack Bonus based on 0.8% of Max HP and when HP is less than 50%, this increases by an additional 1% of Max HP.

This is a pretty powerful weapon built for Zhongli and will increase both HP and Attack power when scaled to Max HP.

If the Staff of Homa wasn’t your favorite weapon or you’re missing it, you can opt for these weapons which have different focuses but are still well suited for Zhongli. Here are some other weapons you can use –

Similar to his weapon equipment, Zhongli Morax Genshin Impact can use multiple Artifact sets to increase his overall viability. Mostly, you’ll want to focus on maxing out his HP, increasing Elemental Burst DMG, or Geo DMG. Here are some Artifacts to look for –

For a DPS focused build, here are some stellar Artifacts to use –

By the end of all this, Zhongli will be a powerhouse Geo character in your team and indispensable. But there are plenty of different weapons and builds to choose from, so if this isn’t something you guys are into, let us know in the comments your preferred loadout!