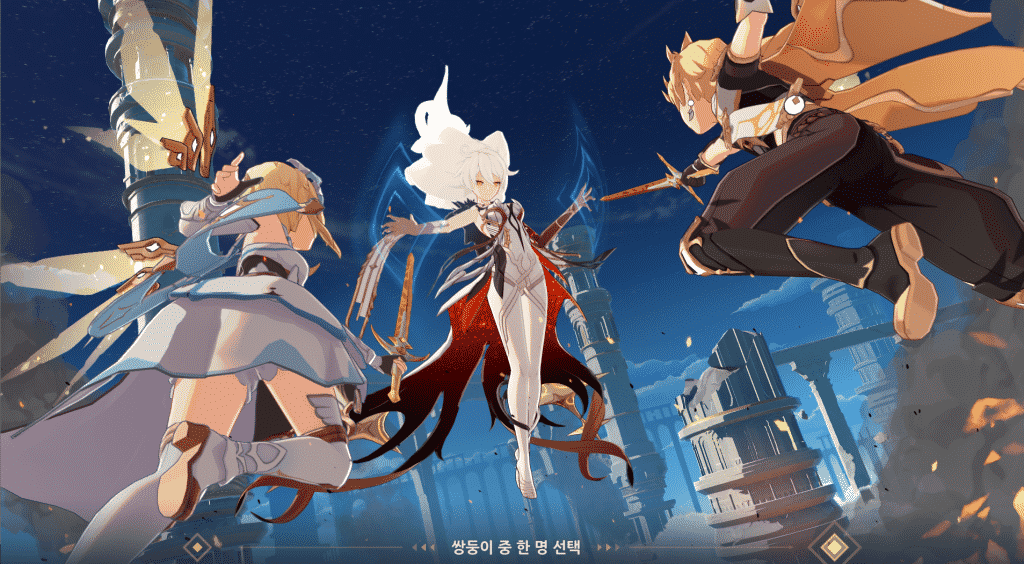 As fans, it’s near impossible to not speculate on things that have never been explained. Be it in novels, movies, anime, manga, or video games, fan theories are prevalent in every form of media.

For instance, one of the biggest mysteries surrounding the critically acclaimed gacha adventure game, Genshin Impact where many fans are left puzzled and wondering who the “Unknown God” truly is.

You know, that mysterious lady with the cubes who captured the Travellers and forced them to separate them at the beginning of the game? Oh, don’t remember? Well not to worry.

Today, we’ll be going over the numerous Unknown God Genshin Impact theories to see if we can finally figure out who she is. To help us do that, let’s take a brief moment to talk about what we do know about the Unknown God.

What We Know About the Unknown God in Genshin Impact

Before we get to discussing possible theories questioning “Who is the Unknown God in Genshin Impact?”, let’s go over the little we do know about the Genshin Unknown God.

Essentially, we’ve only encountered this character once in the game and that was in the beginning cutscene.

You and your sibling (Lumine or Aether) are blocked by this “Unknown God” from leaving Teyvat. As a ‘Traveler’, one who travels throughout the universe visiting different worlds for some reason we’re not sure of yet.

This is one of the bigger mysteries in Genshin Impact, the meaning behind the Traveler siblings’ appearance in Teyvat and their true intentions.

And once this has been answered, we’ll probably have a clearer view as to who the Unknown God truly is.

But we’re getting ahead of ourselves here.

In a fight to the death, the Unknown God, who says she is the “sustainer of heavenly principles” and condemns the “arrogation of mankind” eventually bests the twins.

She traps both of the Travelers within dark red cubes and puts them into a deep slumber filled with nightmares only to awake 500 years later.

This is when you meet one of the prime suspects of the real identity of the infamous Genshin Impact Unknown God, Paimon. You retell the tale after saving the impudent creature, Paimon, by fishing her out of the water before she drowned.

Isn’t it too much of a coincidence that by chance, as we awake from a 500-year slumber after being trapped by an Unknown God, only to meet a strange, floating creature who has some similarities and symbols related to the aforementioned Genshin Impact Goddess?

Yeah, it might all just be a big coincidence but there’s too much to consider before putting it off completely. Now, before getting to the theories, let’s remember a few things about the “Unknown God” and speculate a bit.

What We Think We Know About the Unknown God

The little things we know about the Unknown Genshin Impact Goddess could serve as evidence of her true identity.

First, she can manipulate space as showcased by her power to create cubes and control their sizes freely. These cubes are seen again later in the game when players learn about the destruction of the Kingdom of Khaenri’ah during the Cataclysm.

You know, the one-of-a-kind kingdom built entirely by humans without the interference of Gods or Archons. This could relate to the Unknown God’s hatred towards humans but we can’t confirm that just yet.

Also, we know that the “Unknown God” actually has a name after data-miners on Reddit looked through the game’s files. They found the Unknown God referred to as Asmoday, a variant of a demon’s name, Asmodeus from the Ars Goetia.

This spelled a ‘dark’ image to Asmoday in Genshin Impact, AKA the ‘Unknown God’. Another coincidence is the story told by Venti when accessing the in-game battle pass system. You can check it out yourself below:

This story has been related by fans of the series to both Asmoday and Dainsleaf, and Asmoday is actually the Queen of the Kingdom of Darkness.

This means Dainsleaf is the true heir in the story and could explain the history of the Traveler and Dainsleaf from hundreds of years ago.

Secondly, the 4-point symbol from which she emerges in the cutscene at the beginning of the game.

There’s been a few times that we’ve seen this symbol and it always leads back to speculation about the Unknown God.

You’ll notice this same color and symbol in the video above. Check out the screenshot and tell me there isn’t something a little similar.

Again, this might all just be a coincidence but you won’t believe where else we see this unfortunate symbol; on our prime suspect, Paimon.

And there are a few more similarities or ‘questionable’ factors that point to the cute mascot being the main antagonist of the story.

Is Paimon the Unknown God?

One of the most prevalent fan theories about the Genshin Unknown God is that Paimon is somehow related to her. This means that Paimon could be the Unknown God disguised as a cute floaty thing or that they’ve forgotten their true identity.

It’s also possible that Paimon is a ‘part’ of the Unknown God sent to keep an eye on the Traveler’s adventures and deeds.

For now, it’s not entirely sure but it’s too big a coincidence to brush aside.

Not to mention that the name ‘Paimon’ is also related to Ars Goetia from which the name Asmoday originates.

While there are other characters, usually Archons, with names from the Ars Goetia like Barbatos for Venti, Morax for Zhongli, Baal for Raiden Shogun, etc.

it seems out of place for someone who isn’t an Archon to hold the name of a demon.

Also, just look at the character design of the two; Paimon and the Unknown God. Doesn’t Paimon sort of look like a squished-down, cute version of the Unknown God?

They have the same hair color, they’re also the only two characters who sport a cape that has stars and constellations on the interior, and the most damning piece of evidence, Paimon’s hairpin is the same motif as the Unknown God’s portal.

Paimon also has the uncanny ability to teleport and disappear as she pleases, which could relate to the Unknown God’s power of controlling space.

Looking at all these factors together, you could very well imagine that Paimon truly is the Unknown God. But again, none of this has been confirmed and we’re showcasing evidence from the small bits of information we know in-game.

Don’t take this as fact but it sure is interesting to think about. Not to mention when you think about storytelling,

it’s a fairly common trope in video games and anime that the one closest to you is the one you should’ve been wary of the most.

Their story might very well play out this way as devs HoYoverse put out more content and story building in the mysterious world of Teyvat.

Maybe the whole story is geared towards explaining the enigma that is Paimon, the Unknown God, and how everything fits together.

Is the Unknown God in Genshin Impact Kiana From Honkai Impact?

Another popular theory about the Unknown God’s identity is that she’s a character from one of HoYoverse’s other games, Honkai Impact. Many fans believe that the Unknown God in Genshin Impact is Kiana, Herrscher of the Void.

One of the main reasons for the theory is that the Herrscher of the Void has the power to control space and time, which is believed to be the same power the Unknown God Genshin Impact possesses.

While the idea is seemingly absurd, it might be due to Kiana’s ability to control time and space, traveling into an alternate dimension or “bubble universes”. Besides them having the same powers, there’s another reason for the comparison; they look the same.

Yes, they are very identical in their character designs and I can’t dispute that. Both have long, flowing white hair, the same eyes, and interestingly, they both have cutscenes walking onto platforms created with their powers.

While she does bear a striking resemblance to the Genshin Impact Asmoday, I feel this is a little far-fetched.

There’s nothing else that gives this theory credibility as we haven’t seen any other references to multiverse-type situations yet.

They might in the future, but for now, this is pure speculation so take it as such.

To me, it seems like HoYoverse recycling character designs and nothing more. Considering Kiana is a famous character from one of their franchises, it doesn’t surprise me they’d design a new character with a similar aesthetic.

But that’s going to be it for today, we’ve gone through some compelling evidence suggesting mysteries about the Unknown God in Genshin Impact but it’s all theories at this point.

We’ll learn more about Asmoday as the game’s story progresses, so stay tuned for more Genshin Impact content! Let us know in the comments what you guys think, is the Unknown God Paimon or Kiana? Or somebody else entirely?

Where to find Valberry in Genshin Impact? (Locations, Vendors)