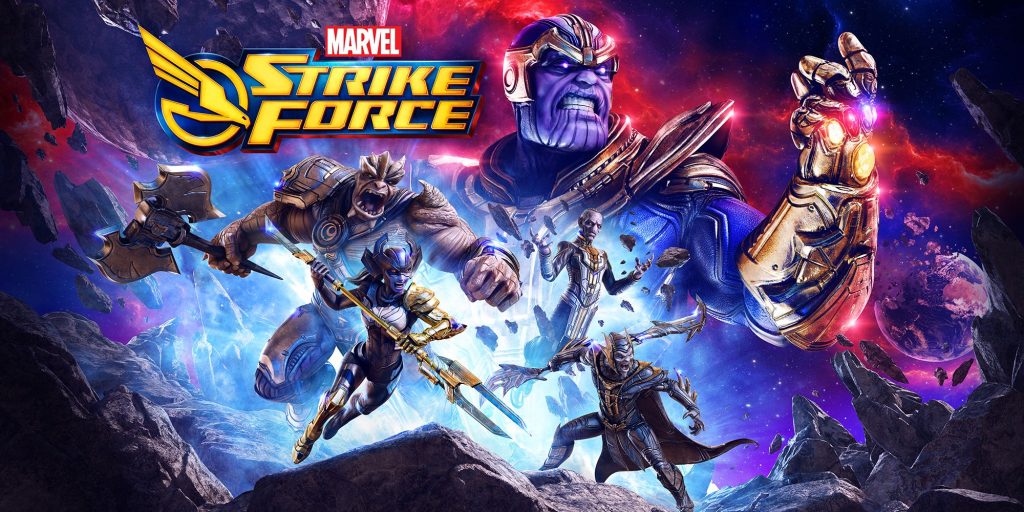 At your disposal is a slew of Marvel characters — both villains & heroes — inspired by star films and shows, effective enough to keep you captivated to your screens.

You can defeat Ultimus with his army while also preserving the Earth if you bring your A-Game! How?

Our Marvel Strike Force Tier List offers you the finest, playable character choices for your gameplay! Read on.

All heroes and villains belong to a unique class type, which includes Support, Controller, Brawler, Blaster, and Protector.

Below is a walkthrough of the class types:

Our Marvel Strike Force Tier List includes all of the title’s 150 plus playable characters for your gameplay!

Our rating model has 5 levels, S-Tier featuring the highest while D-Tier reps the lowest. All villains & heroes are rated according to total power & utility.

Keep in mind: We only include unique heroes & villains. Consequently, you will not find the “A.I.M. Assaulter” or “Mercenary Lieutenant” in this.

Currently, the game’s finest characters! Most gamers regard them as overpowering due to their high utility just by being in your squad!

Outstanding personalities who would work decently in any team setting. Not as powerful as their S-tier options, but comparable.

These are solid characters who will serve you consistently in your gameplay. They are still a component of Marvel Strike Force’s meta, but they’re not leaders in it.

These are your typical characters that are most unlikely to join your ultimate endgame squad.

These characters are slowly making their exit from the metaspace. Look to replace them as soon as better alternatives are offered.

F-tier characters aren’t worth your investment.  For that reason, we won’t delve into these characters.

The Infinity Watch squad is now the finest Arena crew in Marvel Strike Force, outclassing all War teams save Heroes for Hire.

Even though they weren’t intended to be a raid team, the Infinity Watch is ideal for Mystic-restricted nodes or clearing out a difficult boss node for gamers pushing their way through Ultimus Raids.

Adam Warlock keeps the squad stocked with boosts and Death Proofs, and if anyone dies, Gamora, Nebula, and Warlock all get a free revival. Phyla-Vell & Moondragon provide effective draining and restoration to make sure everybody’s health is in check.