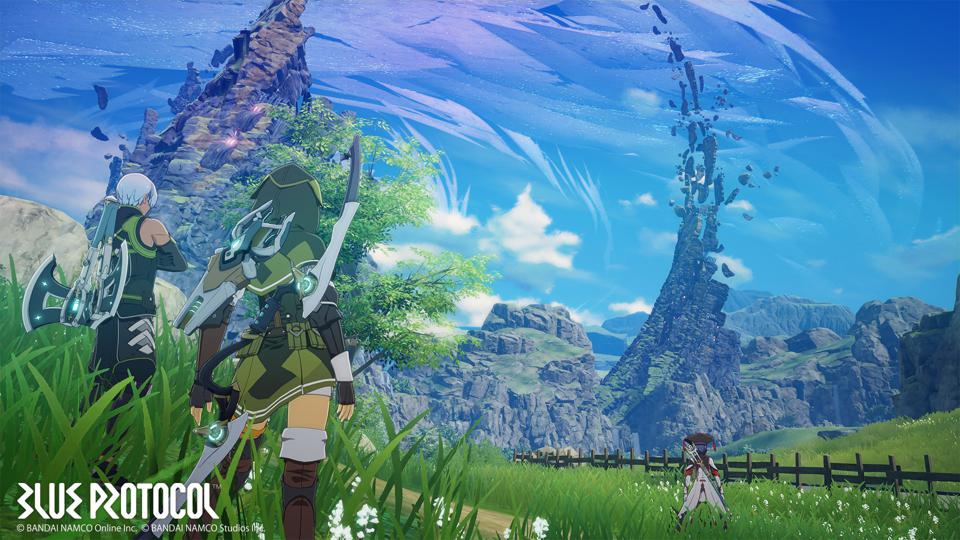 According to Famitsu, the PC release is scheduled for 2023, with console releases following — making Blue Protocol cross-play a possibility.

Bandai Namco Online, the company working on the MMO, just released a trove of information, including information on the game’s release date, monetization plans, cross-play opportunities, and more. Release dates for PC and current-gen console versions of Blue Protocol were announced for 2023, with more specific dates provided for each platform. According to Famitsu, the PC release is scheduled for 2023, with console releases following.

According to a report from Siliconera, the news reports by the Japanese publication Famitsu, which stated that while the PC version of Blue Protocol would be released in Spring 2023, the previously announced versions for the Xbox Series S|X and PlayStation 5 would be released “at a later date.”

Many gamers are relieved that Blue Protocol doesn’t have gacha-based gameplay. Because of its status as a massively multiplayer online role-playing game, Blue Protocol will employ a standard MMORPG monetization model, emphasizing its in-game cash shop, which will provide the usual assortment of skins and other cosmetics.

In addition to the free-to-play mode, players may pay for a battle pass to unlock premium features like special outfits and other cosmetic items that can’t be obtained any other way. There are parallels to be drawn here with the combat system found in titles like Sea of Thieves. These additions will strengthen the game’s monetization without resorting to cheap tricks like classic gacha.

If not gacha, then what?

Blue Protocol may take inspiration from any number of popular massively multiplayer online role-playing games (MMORPGs), but given Bandai Namco’s penchant for Japanese video game tropes and its anime-ish graphic style, Final Fantasy 14 is probably the best place to start. We don’t know if the game will be more like Final Fantasy or something else in the genre, like Genshin Impact or Guild Wars 2, but Final Fantasy does enough well to stand on its own. Amazon is still relatively unknown, but if Blue Protocol is managed properly, it might be the company’s breakout success. With the game set to launch a PC version and a console as well, it is highly likely that Blue Protocol will have its own cross-play.

Now that they’ve set the approximate release date for Blue Protocol, the game is available on Steam and can be added to your wishlist.

Blue Protocol’s possible source of inspiration, Final Fantasy, has recently launched Crisis Core Final Fantasy 7: Reunion and is now also available on Steam. And if you’re interested in trying Genshin Impact while you wait for Blue Protocol, this is how you play it.