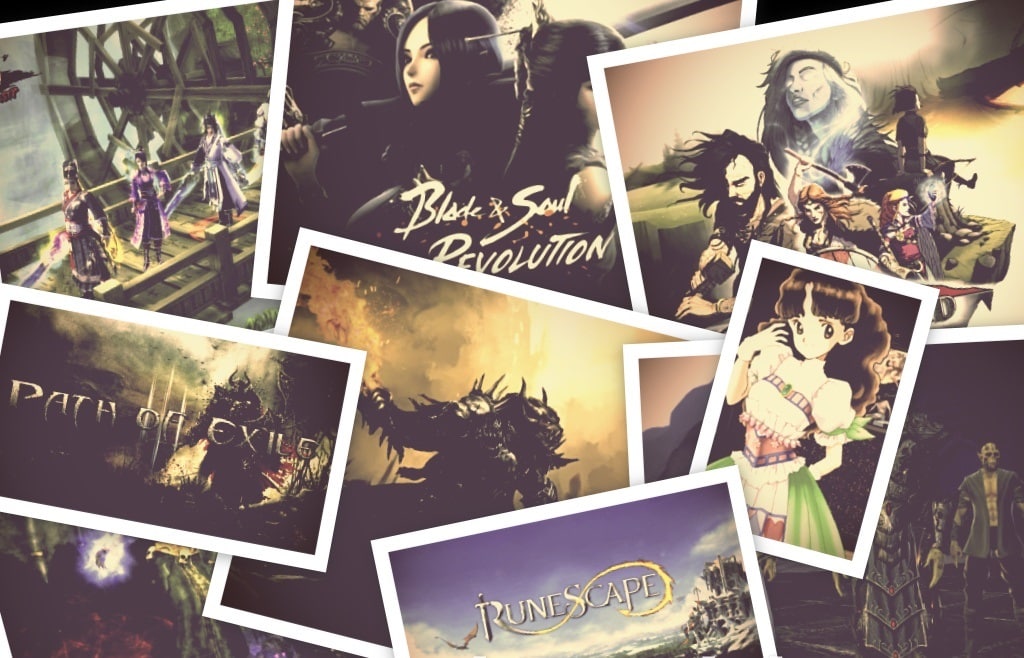 Get Access To Early “Black Friday” Deals On Amazon

RPGs are the glue that sticks the whole gaming community together and without them, gaming wouldn’t be the same. We’ve had some excellent RPGs over the last couple of decades and our love for RPGs has grown drastically ever since.

Some famous RPGs like Witcher 3 and Final Fantasy series are among the most loved games in this genre. However, you’ll have to pay a decent amount of money to get your hands on such AAA titles. But, if you’re into RPGs and looking for some free-to-play RPGs then you’re at the right place.

After extensive research, luckily, we’ve found some amazing free RPGs that will blow you away. Here are the 15 best free RPG games that you can get your hands on without spending a penny.

15. Heroine’s Quest: The Herald of Ragnarok

Just another day at the office, the world is in danger and you are the messiah that is going to save it from dangerous creatures. Heroine’s Quest: The Herald of Ragnarok is set in the Norse world where Egther is threatening to freeze everything on the face of the earth and the heroine is called to help defeat this frosting monster.

This free-to-play RPG offers excellent gameplay that was ahead of its time and the immersive RPG elements in this game will make you fall in love with this one. There’s a lot of exploration and boss fights in this one and you’ll also have to solve many puzzles in your journey. For people who love story-based RPGs, Heroine’s Quest: The Herald of Ragnarok would be fun to play.

Love playing hack-and-slash games? Trove is right up your alley. It is an MMORPG with flawless tactics and impressive gameplay. Enjoy the turned-based combat with your teammates and fight through the enemy lines to acquire realms. You can choose from many different classes but Gunslinger is our favorite.

As for the RPG elements, there’s a lot of them and you’ll enjoy every bit of Trove, although you will have to be very competitive to succeed at this one because fighting off devilish creatures is quite challenging. Furthermore, Trove is also slightly inspired by Minecraft and you’ll find a lot of ‘crafting’ tools around you.

Trove is surely an excellent MMORPG but the best thing about this one is that it is completely free and you won’t have to pay a single penny. Trove is available on PS4, Xbox One, Microsoft Windows, and macOS.

Looking to play some classic RPGs that won’t cost a buck? Daggerfall got you covered. The predecessor to one of the best RPGs of all time, The Elder Scrolls II: Daggerfall is an old-school RPG with an excellent story and detailed gameplay. It takes place in Tamriel and the world is immense with hundreds of cities and innumerable possibilities where you will play as you see fit.

Even though the game is pretty old, the mechanics of the game holds up pretty well and you’ll surely enjoy this one. However, Daggerfall is not available on Windows and you’ll need a DOS emulator to play this one on your PC.

Blade & Soul is an online RPG with one of the best combat systems of our time. The story and gameplay are flawless and the graphics are a sight for sore eyes. You can build several classes and work on each of them throughout the game to upgrade them. The game has millions of regular online players and it is also getting regular updates as well.

Blade & Soul was released in Japan back in 2012 but it is still going strong. If you’re into competitive RPGs or looking for free RPGs for Windows then Blade & Soul is an excellent choice.

Developed by Snail, a reputable company from China is giving away this game for free and really recommend getting your hands on this one. Unfortunately, the Age of Wushu is only available in Windows.

Sets in the war-torn universe, the Republicans and the Sith Empire are at each other’s throat but they are resisting to shoot first because of the peace deal signed a few years ago. Star Wars: The Old Republic Online is another RPG masterpiece that is free of cost.

The game has very interesting gameplay backed with a lot of RPG stuff and an RPG-influenced dialogue system. Choose from many different classes and customize everything from scratch. Are you an RPG fanatic? Star Wars: The Old Republic Online will give you some sweet and bitter memories.

Anyone who has a slight connection to RPG gaming has heard of D&D games and this one is also quite similar. You can choose a character from different classes and customize them from head to bottom. Dungeons & Dragons Online offers an immersive world where you can roam freely and interact with gazillions of RPG elements. If you’re into Skyrim then this one will bring up some old memories.

The game is finely crafted and was ahead of its time. During the gameplay and intense scenes, it can be a bit hard to realize that Dungeons and Dragons Online is completely free. For those looking for a free RPG for their Apple devices, D&D Online is readily available on macOS.

Guild Wars 2 is worthy of being called one of the greatest MMORPGs of our time because of its excellent gameplay and combat tactics. It is an open-world game where the exploration of the world is surreal. Detailed environment and excellently well-written story, Guild Wars 2 is everything you need to have a pleasant time. The world is immense and there are a lot of possibilities but you’ll meet many dangerous creatures in your journey.

Guild Wars 2 is free-to-play and currently available on macOS and Microsoft Windows. Moreover, if you also want to play the expansion DLC then you’ll have to pay a small amount of money. Nevertheless, Guild Wars 2 is truly an exceptional game and you’ll love this one.

Yet another MMORPG but it’s a good one. RuneScape is an online multiplayer action game that takes place in the fantasy realm of Gielinor where you choose your own path. This game features a gigantic world where you’ll find many quests and meet many dark creatures and monsters. Slice through the enemies to gain experience and polish your combat skills. Not getting anywhere? Call out your friends to help you with boss fights and quests.

RuneScape was first released in 2001 but developers decided to release a remastered version of the game back in 2016. The graphics of the game are very stunning and the mechanics hold up well. The combat system could’ve been a bit better but we’re not complaining

In conclusion, RuneScape is a pretty good MMORPG and you must give it a shot.

If you’re into girly stuff then Princess Maker 2 is right up your alley. It is filled with RPG stuff that you’ll enjoy throughout the game. However, the graphics and the overall mechanics are pretty old school and aren’t really very fascinating because this game was designed for DOS-based systems. As for gameplay, the story flows quite well and you’ll surely enjoy it.

Princess Maker 2 can be played on PC using a DOS emulator and worth the time. To be honest this one’s a bit girly for our taste but if you’re into that stuff and also enjoys a bit of anime then you won’t have any problems playing this one.

One of the highest-rated-RPG, Dead In Vinland will leave you in awe with its impeccable gameplay and deep story. This game offers one of the best character customizations elements. There’s a lot of crafting that will give you some ÁOG vibes but the insanely massive RPG elements in this game are the real highlight.

The story follows a Viking family who is stranded on a magic Island with the dangerous Bjorn and his thugs that are known for collecting the skulls of their enemies. Turn-based combat is another major perk of this game and if you don’t enjoy the traditional combat in RPGs then Dead In Vinland’s combat tactics will leave you in awe. But, the full game costs a fortune so you’ll have to play the free demo to enjoy it.

There aren’t many free horror RPGs out there but Scarlet Hollow is definitely an exception. It is based on the frightening novels of Abby Howard and follows the journey of Jolt who is exploring the dark secrets of Scarlet Hollow. The spooky experience will leave you stunned. Scarlet Hollow features a dialogue system where you will be able to choose the outcome of the situation. Keep this in mind, every choice matters.

Looking for the most brutal combat? There’s no one better than Vindictus.

Vindictus is an MMO-RPG with remarkable graphics and impeccable gameplay. Choose from up to 16 different races and customize everything from the top to bottom. You will gain XP as you make progress in the game and more perks will unlock as you reach higher levels. Vindictus can get very competitive at times and the combat in this game is just mind-blowing.

It seems like the combat is a bit inspired by For Honor and we’re loving it. Vindictus is completely free but it is only available on Microsoft Windows.

Inspired by Dungeons & Dragons, Neverwinter an online multiplayer RPG that has everything that you could ask from an RPG. The graphics are pretty sick backed with flawless mechanics and finely crafted surroundings. It’s a bit hard to believe that Neverwinter is free because a game that good usually comes at a price.

Set in the Forgotten Realms, a war-torn world where the leader of the nation was assassinated and you must investigate the case. Explore the city and find leads to find the real culprits behind this brutal attack. Without a leader, the nation is slowly falling into the wrong hands and heading astray but you’re the only hope of bringing back glory to the nation.

If you love playing story-driven games then Neverwinter will never disappoint you.

This one has Zombies!

Free games are usually not very well optimized and the gameplay is often filled with glitches. However, Path of Exile, which was released in 2013 is an excellent RPG that offers flawless gameplay backed with excellent combat tactics. If you’re into zombie games then Path of Exile will make you fall in love with it because you’ll have your turn at beheading some zombies.

The game was really ahead of its time and all the mechanics held up really well. The graphics are a bit outdated but we’re not paying a penny so we shouldn’t really complain about that. should we?

Furthermore, this game features many RPG elements and exploration if you’re into that stuff. Looking for a free RPG on PS4? Path of Exile got you covered because it is completely free on PlayStation 4, Microsoft Windows, and macOS.

The RPG genre is filled with millions of games and while most of them are paid, we’ve done our research and found the ones listed above as the best free RPGs that you can find out there. Some of them are based on DnD while some are heavily influenced by JRPGs. But one thing is for certain that these games are hands down, the best free RPGs that you can get your hands on.

Best Split-Screen PS4 Games – Don’t Be a Loner, Play Some Of These Instead 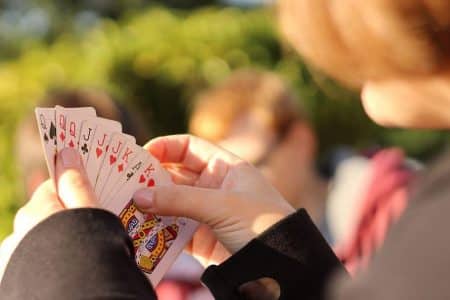 Most Popular Card Games You Can Play Online and Offline 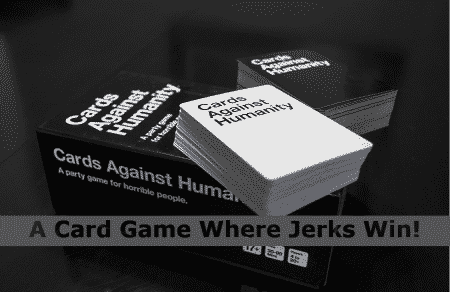 Cards Against Humanity Online: A Card Game Where Jerks Win!