What Does Smite Do in Minecraft 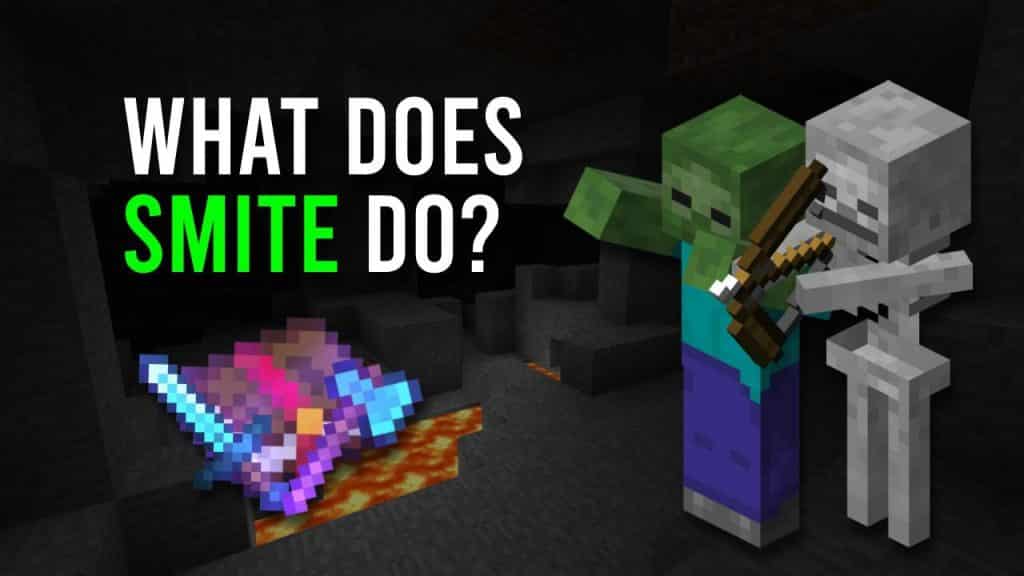 If you love mining in Minecraft, you probably go deep underground a lot! And that’s where you find a situation where you’re surrounded by a lot of mobs, especially zombies and skeletons. Those are undead mobs in general!

That’s why today we will introduce the Smite enchantment! This will help you get through those undead creatures in Minecraft easier and it can save your life in deadly circumstances.

What Does Smite Do in Minecraft

Smite is a Minecraft enchantment that was added in the very first version of the game with only one purpose, to increase the damage you can cause to undead mobs.

Which Mob will Take Effect of Smite?

How Many Damage Does Smite Add?

Each level of Smite will add 2.5 damage to the weapon, that’s equal to 1.25 heart points in Minecraft. A level V Smite enchantment can add extra 12.5 damage (6.25 hearts) to the weapon.

What Is The Maximum Level of Smite?

Like other damage enchantments, Smite has a total of 5 levels.

Can You Put Smite on an Axe?

Yes, you can! And you can only put Smite on a Sword or an Axe in any tier, from wood to netherite.

How Much Damage Does a Smite 5 Netherite Axe Do?

In Bedrock Edition, the base damage of the netherite axe is reduced to 7 and the total damage you can deal is 20.5 as a normal hit, and 24.5 if it’s a critical hit.

Can You One-Shot a Zombie in Minecraft with Smite V?

Zombie in Minecraft has 20 health points, so in Java Edition you can just one shot a zombie with a Diamond or Netherite Axe with Smite 5. And on Bedrock, only a netherite axe with a critical strike can one-shot a zombie.