What Does Channeling Do in Minecraft 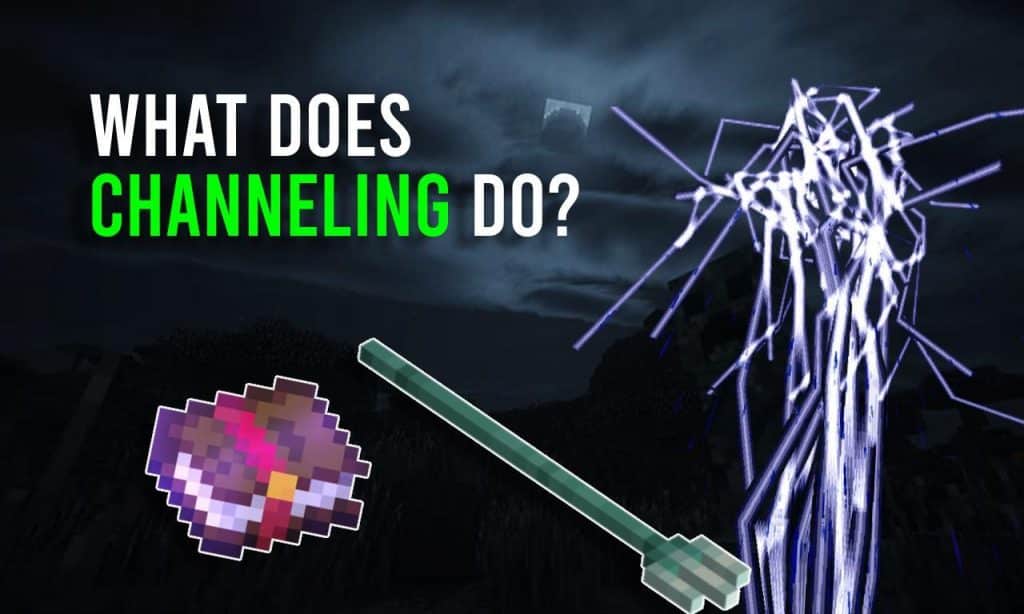 Channeling is a new Minecraft enchantment that was added in the 1.13 aquatic update. This is the only enchantment in Minecraft that can affect the weather. In this article, we will answer the question “what does channeling do in Minecraft”.

What Does Channeling Do in Minecraft?

Specifically, a Trident with channeling can summon lightning whenever it hit any mobs in the thunderstorm weather.

Which Mob will Take Effect of Channeling?

All mobs and some entities will be struck by lightning, as long as they’re hit by the channeling trident while the thunderstorm happens.

They include passive mobs like chickens, cows, pigs, and sheep, to hostile mobs such as zombies, skeletons, creepers, and many more!

Channeling also works on entities like the armor stand, a special block, or a lightning rod. So be careful when throwing a channeling trident at an entity since it will summon a lightning bolt normally.

If there are any creepers nearby, they will be turned into charged creepers as well!

How Much Damage Does Channeling Add?

In short, Channeling adds zero damage to the trident, both melee or ranged damage. But it does summon lightning, remember?

Each lightning bolt in Minecraft deals 5 damage (or 2.5 heart). The damage of the ranged trident is 8 damage, so in total, you can deal up to 13 damage (or 6.5 heart) in one throw.

Remember that lightning can also cause fire to spread. And fire also deals 1 damage per 0.5 seconds so throwing a channeling trident can deal a maximum of 13.5-14 damage instantly!

Even though you enchant your trident with Channeling, it will not always summon lightning. There are two criteria that need to be met: thunderstorms and open sky.

Thunderstorms may be the same as normal rain in Minecraft, but it comes with thunder and lightning and can make you unable to sleep.

Thunderstorms have a 1.44% chance to happen every night.

The second condition is open sky, which means the blocks above the mob you hit must be empty (air block).

So if you throw a channeling trident to a mob inside a house with a roof, there will be no lightning at all! This kinda makes sense since lightning can’t pass through the roof.

Can You Combine Channeling with Other Enchantments?

You can pretty much enchant Channeling with other trident’s enchantment, except Riptide since those ones work different compare to each other.

With that being said, the best Trident you can get with Channeling enchantment is Channeling I, Loyalty III, Impaling V, Unbreaking III, and Mending.