What Does Respiration Do in Minecraft 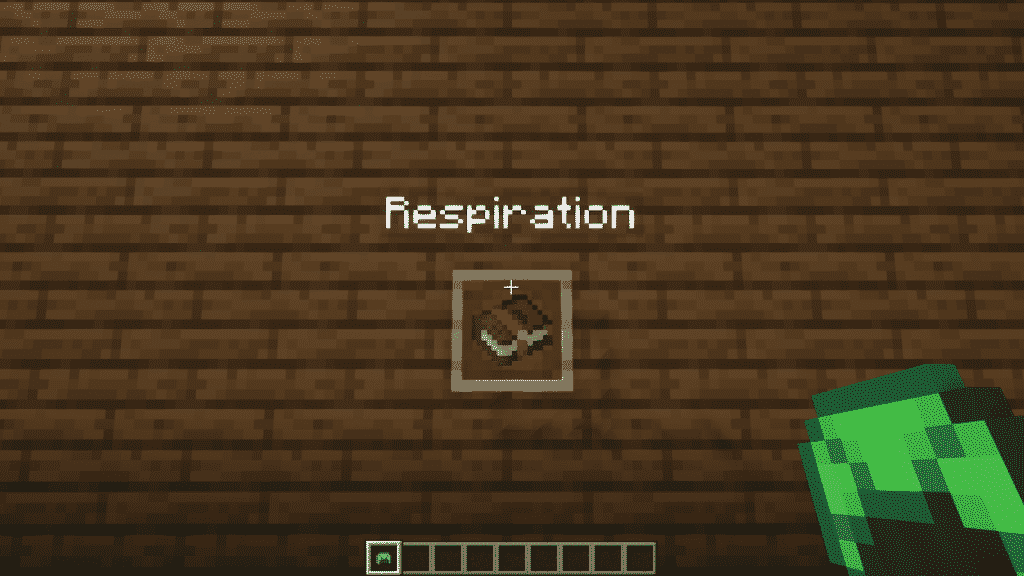 Just imagine you have to work under the water for a long time in Minecraft. You can just swim up to get full air and back down to work again, or bringing some doors would be an option.

But those are just temporary solutions and it may take you to double the time just by swimming up and down.

That’s why Mojang decided to introduce a new Minecraft enchantment called “Respiration”! It was added in the Beta 1.9 version and has saved a lot of aquatic players a bunch of time. Let’s answer the question “what does respiration do in Minecraft?

What Does Respiration Do in Minecraft?

How Long Can You Stay Underwater with Respiration?

Normal players can hold their breath for 15 seconds underwater without any enchantments or potions.

This may be a tough problem to deal with, especially if you’re exploring a huge flooded cave in the new Minecraft 1.18 update.

With each Respiration enchantment level added to your helmet, you will have 15 extra seconds to breathe underwater. This effect adds up to 60 seconds of breathing underwater while equipping a Respiration 3 helmet.

If you’re using a Turtle Shell instead, the breathing time will be extended to a total of 70 seconds. So now you’re good to explore the underwater world and not so worrying about drowning in Minecraft.

Is a Turtle Shell Better Than Respiration?

Is Respiration or Aqua Affinity Better?

Respiration and Aqua Infinity are both Minecraft enchantments that you can add to your helmet. But don’t be confused and compare them to each other.

So you can just add both of them to your Helmet as long as you have enough level. They can help you a lot with building underwater as well as mining in a flooded cave.

Is Respiration Useful in Minecraft?

Well, it depends! If you’re really into ocean life and want to build an ocean monument, Respiration is super helpful and can save you a lot of time. Otherwise, it’s an optional enchantment since you can just use magma blocks or doors instead.

And that’s the answer to the question “what does respiration do in Minecraft.” If you have any Minecraft questions, please add them in the comment section.