How to Unban Someone on Minecraft 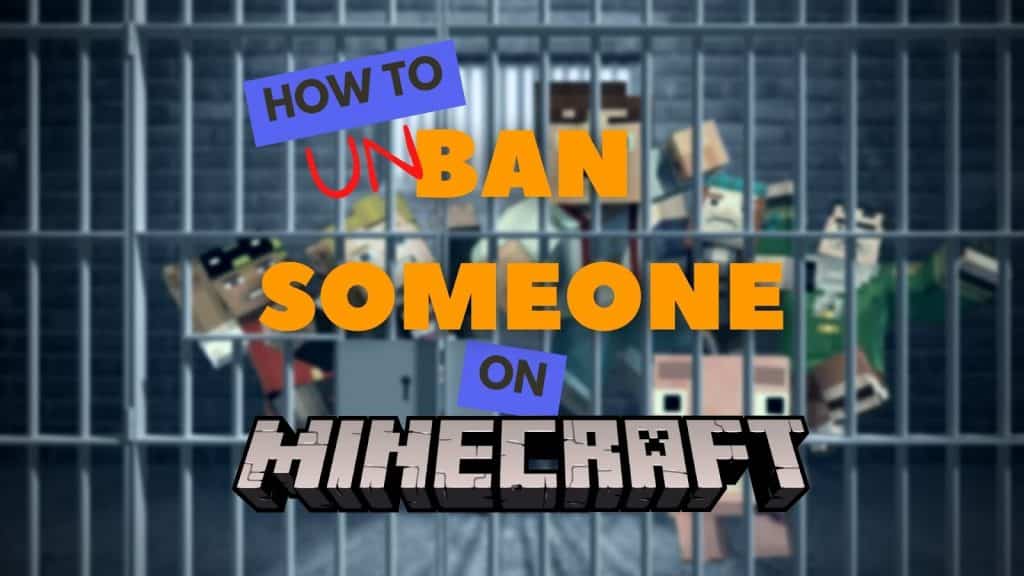 Running a Minecraft server is a ton of fun, but it can be tiring, too. As an administrator, you have the power to ban players who violate the rules. You also have the responsibility to determine when to lift a ban.

Maybe you banned the wrong user by accident, or perhaps you think a user has been punished for long enough. Whatever the reason, this article will guide you through how to unban someone in Minecraft.

The Types of Bans in Minecraft

There are two methods for unbanning a player depending on the type of ban. It’s important to know what type of ban you’ve applied to the player so that you can use the appropriate method to lift their ban.

This is the message a user sees when they have been player-banned.

A Player Ban blocks a specific username and account from entering your world. Anyone using that account will be banned from your server, regardless of their location.

Someone who has been player-banned can still join your server if they log in from another account though.

This is the message a user sees when they have been IP banned.

An IP Ban blocks the IP address of the user’s device. Depending on how their network is configured, this could prevent anyone from the user’s network from joining your server.

Unlike player bans, an IP ban prevents the device from joining your world, so they can’t just jump in from another account. However, if they log into the same account from another device, they can still join your world.

Methods to Unban Someone on Minecraft

We’ve covered the two types of ban in Minecraft. Next, we’ll go over how you can see the names of players that have been banned from your server. Then, we’ll talk about the two methods you can use to remove a ban.

Note: You must be a server mod or an administrator to ban or unban users on a Minecraft server.

Do this If you want to view the complete list of all players banned from your server:

Use the following method to unban a user that has been Player Banned:

Use the following method to unban a user that has been IP Banned:

Can I unban a player from the in-game console?

Yes. As long as you are the administrator of the server, you can use the commands above to lift a ban from the in-game console.

Do these commands work on all versions of Minecraft?

Yes. These commands are all valid regardless of the edition of Minecraft the server is running.

Hopefully, you found this guide on how to unban someone on Minecraft helpful. Remember that people can change; someone who’s a troublemaker and deserves a ban today could become a valuable member of your Minecraft server community in the future.