What Does Impaling Do in Minecraft 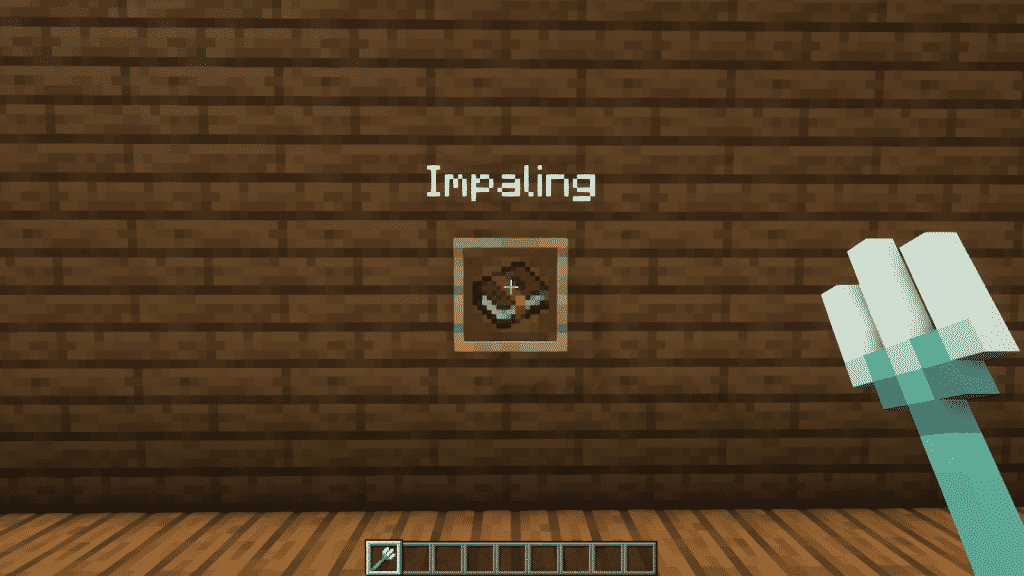 Impaling is one of the enchantment effects in Minecraft that can be added to your Trident to further increase its damage for aquatic mobs.

Released in the 1.13 update, Impaling enchantment highly improved the popularity of the Trident weapon. Let’s answer the question “what does impaling do in Minecraft”.

What Does Impaling Do in Minecraft

Impaling as a weapon enchantment can be added to Trident to deliver more damage.

While Trident in Minecraft already has its own decent damage, the extra damage from Impaling enchantment is a huge bonus if you’ve decided to conquer the ocean life in Minecraft.

Understanding the enchantment and your enemy will make you even better at the game.

Which Mob will Take Effect of Impaling?

They are axolotls, guardians, elder guardians, squid, dolphins, glow squids, turtles, and all fishes. A drowned is also a hostile mob swimming in the ocean, but it’s not qualified as an aquatic mob.

You will love Impaling enchantment in the Bedrock Edition since it affects all the mobs and even the player. But they have to be in touch with the water like underwater, in any static or flowing water source, or even in the rain!

How Much Damage Does Impaling Add?

Impaling has a total of 5 levels, and each level deals an extra 2.5 damage to the enemy.

This adds up to a total of 12.5 extra damage per hit to any aquatic mob, excluding the base damage of the Trident itself.

When using a Trident with a melee attack, the Impaling enchantment can deal from 11.5 to 21.5 damage depending on the enchantment level, and 10.5 to 20.5 when used as a ranged weapon.

Which Weapon Can You Add Impaling To?

Since there are some more weapons in Minecraft like Sword, Axe, Bow, and Crossbow, you may be thinking it would be cool to add Impaling enchantment to them, right? Well, that’s not the case since you can only add Impaling to the Trident.

With great enough effort to make it to the maximum level, you can just deal about 20 damage per hit or 10 hearts.

At this point, you can literally one-shot pretty much every aquatic mob (in Java Edition) or any mobs that are in touch with the water source (in Bedrock Edition).

As you can see, compared to a normal enchanted sword, an Impaling V Trident would be better if you’re about to go explore underwater ruins or ocean monuments.