What Does Loyalty Do in Minecraft 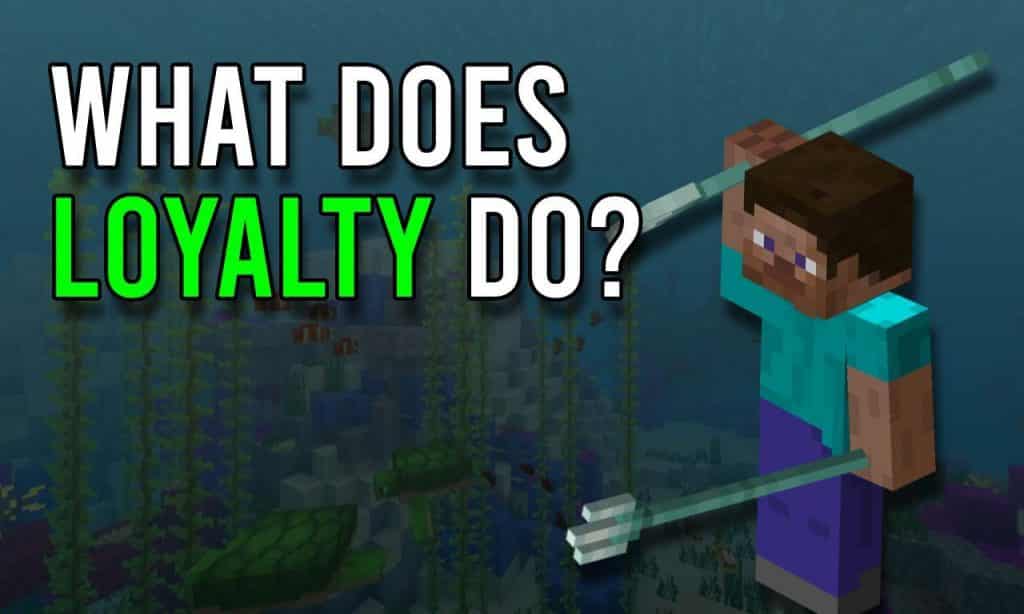 Loyalty is a Minecraft enchantment that was added in the 1.13 ocean update along with the Trident and other enchantments. Today, we will answer the question: what does Loyalty do in Minecraft?

What Does Loyalty Do in Minecraft

When a Trident with a Loyalty enchantment is thrown away, it will automatically come back to the owner, just like a boomerang.

At the moment, the Loyalty enchantment only works with Tridents, not with other weapons like swords and arrows.

How Many Levels Does Loyalty Have?

Loyalty has 3 different levels, higher level will result in a shorter waiting time for the Trident to come back.

Also, you can use multiple Loyalty Tridents without worrying too much about whether they will collide and not work as intended.

Keep in mind that Loyalty Trident only returns to the player if it’s thrown to block or an entity. If you throw the Trident in the void in the Java Edition, it will be completely gone.

Bedrock Edition has a better technique because your Trident actually returns when it reaches 15 blocks into the void.

Will Loyalty Trident Return If You Go to Another Dimension?

When you throw a Trident away and go to another dimension, the Trident will fly back to the previous position of the player but in that dimension and stop there.

As long as you return to that dimension, the Trident will enter your inventory as if nothing happened.

Will Loyalty Trident Return if You Died?

What will happen if you died? Well, the Loyalty Trident will drop as an item and will be floating in the world. So if you’re not gonna return to pick it up soon, the Trident will be despawned.

And that concludes our answer to the question “what does Loyalty do in Minecraft”. Enjoy your loyal Trident just like we enjoyed ours!