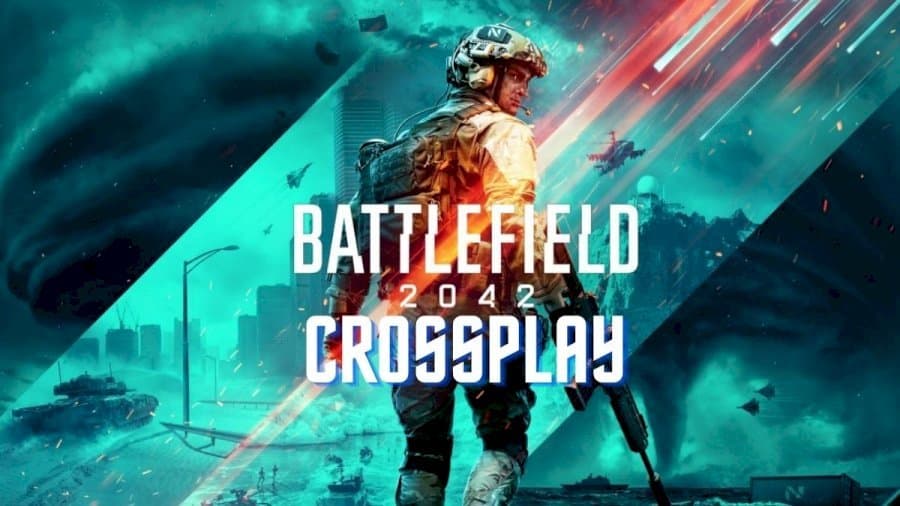 Buckle up because you are in for quite a ride. Battlefield 2042 was one of the most anticipated video games from EA in recent years, and it has lived up to the hype.

The exhilarating battles with alien weaponry superseded expectations, and 128-player lobbies are as grand as it gets. Everything from maps to weapons to overall gameplay was a masterstroke.

But, did EA forget an essential part of every battlefield? Can you fire up the weapon system with your own squad without worrying about the consoles?

Here’s a list of platforms that Battlefield 2042 is available on:

EA has done something so bad that it’s good. They put in crossplay compatibility but divided the platforms into 2 groups.

We’ll call those new-gen and old-gen.

Battlefield 2042 allows crossplay- but between the same group platforms only.

In a nutshell; PC, Xbox Series X/S, and PS5 users can only crossplay Battlefield 2042 amongst themselves. And Xbox One and PS4 players will only be matched up with one another.

EA said that they want everyone’s experience to be ‘fair and fun’ and that no one should be at a disadvantage because ‘they’re using older hardware.’

Moreover, PS4 and Xbox One users only get to enjoy 64-player lobbies.

Now, all that seems pretty fair. But, then EA goes ahead and allows something completely unheard of.

After going through all that trouble of setting up separate servers for old-gen console users, EA itself provides a bypass for players who really want to crossplay Battlefield 2042 with their friends who are on older consoles.

PS5 users can download the PS4 version of Battlefield 2042 which will allow them to team up with PS4 users.

PC gamers miss out on this feature, though. They are only eligible for PS5 and Xbox Series X/S crossplay.

Don’t want to play against PC players, or don’t want to compete with console players using aim assist, turn crossplay off and you’ll only be matched with the same platform players.

Except for Xbox users, the option to disable crossplay in Battlefield 2042 is an in-game setting, and here’s how you change it:

As for Xbox users – both Xbox One and Xbox Series X/S – you’ll have to alter the Xbox settings. Here’s a rundown on that:

Be advised that doing so will turn off crossplay for all the games in your Xbox library. You’ll have to do this all over again to turn it back on and crossplay any other game.

Does Battlefield 2042 Have Cross Progression?

Looking to jump platforms or upgrade to new-gen consoles, all your progress in Battlefield 2042 is coming with you. Thanks to EA account linking, game progress is now synced onto a single account which you can use on every platform.

And that brings us to a close.

Battlefield 2042 is the first of its series to have features like cross-progression and cross-console matchmaking. The grouping of consoles seems peculiar, but it does level up the playing field for everyone- something that’s essential in a game like Battlefield.