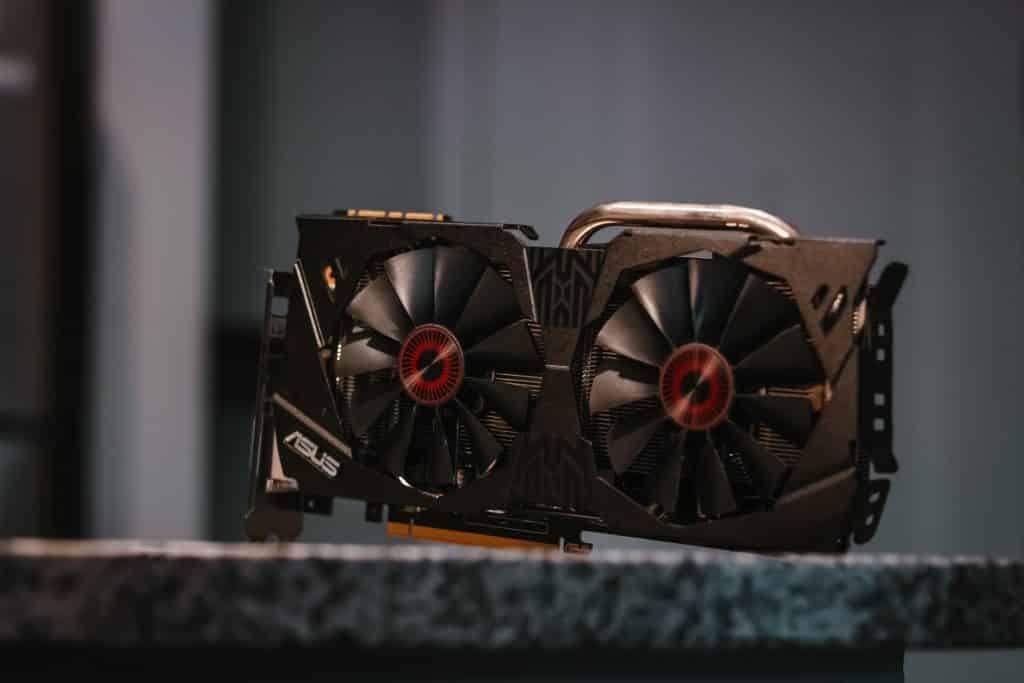 4K gaming is the epitome of graphics in 2022 and it looks breathtaking. Despite years of optimizations and advancements in the gaming industry, only a handful of the best 4k graphics cards can keep up with the Ultra HD resolution.

But it’s a different story with gaming. As opposed to videos, video games need to locally render the game in 4K resolution, which is quite a demanding task.

PS4 Pro and Xbox Box One X can play a handful of titles in 4K resolution, but if you’re looking for the best 4K performance from a wider array of AAA titles, then PC is the way to go. Do You Need a Special Graphics Card For 4K Gaming?

As such, you don’t need a special Graphics card for 4K gaming. However, you do need a GPU that’s powerful enough to maintain the 4K resolution with at least 30+ FPS, the minimum refresh rate for the gameplay to look smooth.

The actual requirement varies from game to game. As a rule of thumb, the newer the game is, the higher the requirements.

If your motherboard has two PCIe slots, which most of the gaming motherboards do, you can install two GPUs that run simultaneously. So, should you opt for a single, extremely powerful GPU or two slightly less powerful GPUs?

The first thing you need to consider is hardware limitations. If you want to install a capture card for streaming or use the secondary PCIe slot on your motherboard for anything else, you can bid adieu to a multi GPU set-up.

Additionally, a multi GPU set-up will consume more electricity and space in the cabinet. Combined, the two GPUs will produce almost the same, if not more, heat while running 4K titles, so you need to cool your system appropriately with a CPU Cooler.

If the aforementioned conditions are agreeable, then you can think about going forward with a multi GPU set-up. Ultimately, the decision will come down to cost.

You cannot expect to install two GTX 1030s and expect them to compare with the RTX 2080. Two GTX 1070 or it’s AMD equivalents are our suggested models of a multi-GPU setup.

It’s also worth noting that an AMD GPU cannot be paired with an Nvidia GPU in a multi GPU setup.

You have to opt for both AMD or Nvidia cards as proprietary software is required to run the two GPUs in unison.

Nonetheless, top of the range GPUs such as the RTX 2080 should be able to push out at least 60 FPS even with the resolution cranked all the way up to 4K on less demanding games.

As a PC gamer, you shouldn’t settle for anything below that, especially with such an expensive GPU.

As a rule of thumb, resolution matters more than FPS on adventure RPGs and open worlds. On the contrary, FPS matters more on fast-paced shooters or competitive titles.

It goes without saying that a 4K display is essential to play 4K games. But within the range of 4K displays, you opt for a 4K TV or a 4K monitor.

A budget 4K TV will be more affordable than a 4K gaming monitor, but most of the TVs are capped at a refresh rate of 25 FPS, while a few models go up to 30 FPS, both of which are simply pathetic for PC gaming.

Even if you opt for a 4K gaming monitor, you’ll hardly find a 4K monitor that goes beyond 60 FPS for under $500.

Honestly speaking, you won’t be able to go beyond 60 FPS on 4K resolution even with the most powerful GPU. The RTX 2080 Ti recovers an average of 58 FPS on Red Dead Redemption 2’s benchmark on 4K resolution.

But if you ever wish to crank down the resolution in favor of a higher refresh rate, your monitor will be a limitation that won’t go beyond 60 FPS.

So, to wrap it up, 4K gaming is pretty expensive.

Now let’s have a look at the list of the graphics card for 4K Gaming.

The RTX 2080 Ti is the most powerful consumer GPU for 4K gaming. With 11GB of GDDR6 memory and a boost clock speed of 1665 Mhz. It’s built for top-notch, awe-inspiring graphics. The cherry on top of the cake is the dedicated ray-tracing cores.

Although only a handful of games support ray tracing right now, it looks fabulous on a 4K resolution. Furthermore, since the upcoming Unreal Engine 5 supports dynamic lighting, the number of ray tracing capable games is only going to increase in the future.

Asus has fitted a metal backplate 3 fans to keep the system cool while keeping the voice level under check. A unique system completely stops the fan when the temperature drops below 55-degree celsius, so the GPU is essentially drop-dead quiet when you’re not gaming.

You can even overclock the GPU with Asus GPU Tweak II.

Nonetheless, for the price, Nvidia guarantees top-notch performance on the GeForce RTX 2080TI.

If you’re not in the mood for selling an arm and a leg to afford an RTX 2080 Ti, then the Nvidia RTX 2080 Super is an excellent performance for almost half the cost.

In terms of specs, you’ll get 8GB of GDDR6 video memory along with the boost clock factory-overclocked at 1815 Mhz by EVGA.

Despite the huge price gap, the performance here is only slightly shy than the more expensive GeForce RTX 2080TI. The dedicated ray-tracing cores add a layer of future-proofing to your rig.

The Radeon RX 5700 Xt is AMD’s most powerful consumer GPU. Here, you’re essentially getting the same performance as an RTX 2070 Super, but the price is ever so slightly cheaper.

In terms of specs, the Gigabyte Radeon Rx 5700 Xt rocks 8GB of GDDR6 VRAM along with a boost clock speed of 1905 MHz.

The highlight of the card is AMD’s Navi architecture with a 7 Nm chip which consumes less power and thus, produces less heat. In terms of long term ownership, the Radeon Rx 5700 Xt is the cheapest card to run 4K games if the upfront cost is ignored.

Under the hood, the Nvidia GeForce RTX 2070 Super rocks a clock speed of 1,770MHz along with 8GB GDDR6 VRAM.

Technically, the RTX 2060 is not the best 4K GPU but it is the cheapest 4k graphics card with Ray Tracing capabilities. However, don’t let that fact fool you away from the fact that RTX 2060 is a quite capable card.

We benchmarked the card at an average of 51 FPS with 4K resolution on Battlefield V. 4K performance on Red Dead Redemption was not quite as impressive, with frame rates dropping as low as 21 FPS and an average of 28 FPS on 4K resolution.

The key selling point of the RTX 2060 is its ray-tracing capabilities within a price tag of $300. In terms of specs, you’ll find a clock speed of 1,470Mhz along with 6GB of GDDR6 VRAM.

If you decide to drop the resolution down to 1440p, you can easily get 60+ FPS. No, you won’t be able to play games on 4K with ray tracing turned on, but the RTX 2060 Super will add a layer of future-proofing at least at 1440p.

While Nvidia dominates the premium and high-end GPU market, AMD is the king of the budget graphics card. If you’re looking for the cheapest 4K graphics card, the Gigabyte Radeon RX 5600 XT with a price tag of less than $300 should be your pick.

The Radeon RX 5600 XT is a fairly new card, released earlier this year. Inside, you’ll find a boost clock of 1,200MHz paired with 6GB of GDDR6 VRAM that delivers 8 teraflops of power.

Coming to the 4K performance, the Gigabyte Radeon RX 5600 XT can push an average of 32 FPS on Assassin’s Creed Odyssey, 34 FPS on the Shadow of Tomb Raider but just a mere 25 FPS on Red Dead Redemption 2.

The 7 Nm Navi architecture runs at mere 150Watts of power, making it one of the most power-efficient GPU. Overall, the Radeon RX 5600 XT provides the best bang for the buck for 4K gaming.

The Nvidia GTX 1080 Ti is an outdated card, but in terms of performance, it stands right beside, if not above, the RTX 2070 Super.

Since it was Nvidia’s flagship GPU of the last generation, the build quality and specs are top-notch. The actual specs are comparable with the RTX 2080 TI.

Here, you’ll find a boost clock of 1,650MHz along with 11GB of GDDR5X VRAM, which is faster than GDDR5 but slower than GDDR6.

With the Nvidia GTX 1080 Ti, you’ll never have to look at the requirement sheet of the game before cranking it all the way up to 4K UHD resolution.

It’s worth mentioning that despite being an outdated card, the Nvidia GTX 1080 Ti is not cheap. You’ll have to bid adieu to about $1200 for one of these. On the contrary, it may be available for a much cheaper price in the second-hand market.

If you’re looking for THE BEST 4K GPU in a world where money is no object, then the exclusive Nvidia RTX Titan is the way to go.

But since living in a world where money is the primary method of exchange, let’s make it clear that Nvidia RTX Titan isn’t for everyone.

It costs $2,500 and for that reason, it’s categorized as a professional GPU rather than a consumer GPU.

But it’s 4K gaming performance is through the roof. Furthermore, unlike other cards of the RTX series, only Nvidia manufacturers the RTX Titan so it’s your only option.

Instead of standard heat pipes, the RTX Titan is fitted with vapor chambers that effectively cool down the GPU.

The RTX Titan is the only GPU where the frame rates will not drop below 60 FPS with a 4K resolution even on the most demanding of the games. Otherwise, if the game is not quite as demanding, you can expect over 150 FPS.

4K is certainly better than 1080p for gaming. 1080p is dubbed as 1K resolution, so in 4K, you’ll find almost four times the details as compared to 1080p, given that your monitor can support the same.

What Graphics Card Do I Need For 4K 60FPS?

The answer to this question lies in the requirements of the game you want to play. Even the might RTX 2080 Ti cannot push 60 FPS at 4K resolution on Red Dead Redemption 2. On the contrary, even the Radeon RX 5700 produce 60 FPS at 4K resolution on Far Cry 5. So, when you’re looking for a graphics card for 4k 60fps gaming, take a look at the 4K requirements for the particular game that you want to play.

We’ve reached the end of our round-up here. If one thing can be said for sure, it’s the fact that 4K gaming will become more accessible in the future. But if you want to play 4K games, you don’t need to sell an arm and a leg. There are a few budget options as well such as Radeon RX 5600 XT.

If there’s anything you can grab from this article, except the 4K GPUs of course, is the fact that 4K gaming isn’t cheap. It’s not just the GPUs that are expensive, but the whole gaming rig and the peripherals required to run a game of 4K resolution.