2022 is a great time to get into VR gaming with the best graphics card for VR. What started way back in the early 90s with Nintendo Virtual Boy is finally starting to take a baked shape now. VR was hard to tame technology for the gaming industry.

But in 2022 the scene is going to be different. With more and more developers allocating a greater budget for VR development, thanks to rising demand, and a near-perfect technology, VR is finally tamed as a consumer-friendly product.

VR games are quite demanding titles due to the nature of their display and interface. For a rough estimate, a AAA title in 2022 is decently playable on 1080p with at least 30 FPS.

On the contrary, VR games require at least a resolution of 1440p with 90 FPS just to look smooth. As such, the GPU is the most important and the most expensive part of a VR build.

In the plethora of GPUs available where manufacturers stamp on the tag of ‘VR Ready’ as a marketable device, it is a tough job to navigate your way through the market to find the best VR GPU for you.

That’s where this handy guide steps in.

We’ve rounded up the 10 best graphics card for VR. You should expect to spend a bit more as compared to an equally powerful on-screen GPU, but we’ve complied with something for every budget.

Let’s not forget the fact that a ‘mid-range’ VR GPU will almost perform as a ‘high-end’ GPU for on-screen games. 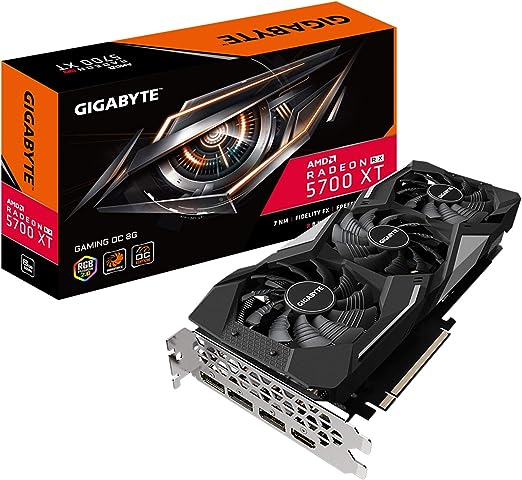 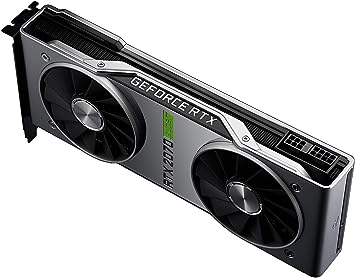 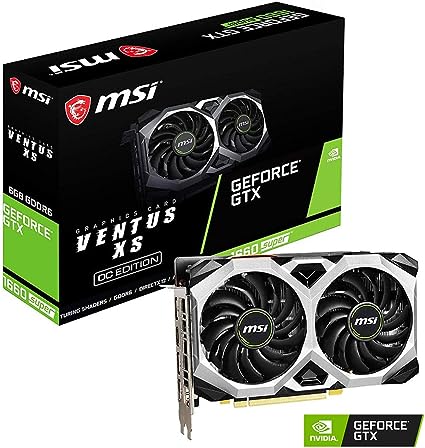 The Best Graphics Card For VR- The Basics

Before we dive into the best GPUs for VR, we need to address the elephant in the room- the VR headset. When it comes to gaming VR headsets, two names rise above the crowd and those are the Oculus Rift and the HTC Vive.

Both of these headsets have their own set of minimum requirements which can be found below.

In terms of pricing and functionality, the Oculus Rift and the HTC Vive are head to head.

There are a few cheaper options in the market as well, namely the VR boxes that convert your mobile device into VR headsets.

Such headsets are not fit for gaming as they’re not optimized for the same. VR boxes are basically the gateway into the world of VR, the best fit for content consumption.

On the other end of the spectrum, there are more expensive options such as the Valve Index, a premium VR headset that costs over $1000. It is an undebatable fact that Valve Index is better than both the Oculus Rift as well as the HTC Vive.

However, if you’re just getting into the spectrum of VR gaming, the Valve index is not a suitable choice primarily because of its price tag. The headset is targeted at the elite and professional markets.

With the basics out of the way, let’s jump into the juicy stuff.

Here are our top 10 picks for the best graphics card for VR.

AMD’s previous-gen graphics card had a notorious reputation with VR. Despite the solid specs, the Vega cards were not up to the mark. Now, with their new Navi architecture, AMD is simply crushing the GPU market. The Radeon Rx 5700 Xt is a premium mid-range Graphics card that is excellent for VR gaming.

Based on the 7 Nm architecture, the Radeon Rx 5700 Xt draws less power and thus, produces less heat. The whole system provides for an excellent cooling mechanism, without compromising on the performance.

With a boost clock of up to 1905 MHz and 8 GB of GDDR6 memory, the Gigabyte Radeon Rx 5700 Xt Gaming OC is an excellent choice for VR ready PC builds.

In terms of interface, the card has three display ports, which is essential for VR headsets and an HDMI port which can be hooked up to your gaming monitor.

The Nvidia GeForce RTX 2070 Super is the second most powerful card of Nvidia’s new RTX line-up. Nvidia’s OC edition of the RTX 2070 Super promises phenomenal 4K performance on VR and on-screen. It has stable scope for overclocking and the ray-tracing cores provide a layer of future-proofing.

Or only reservation against the RTX 2070 Super and all the RTX cards for that matter is the fact that RTX card has dedicated cores for Ray Tracing.

Since there are no games that support ray tracing in VR, you’ll never be able to use the RTX 2070 to its full potential. On the contrary, the ray-tracing cores future-proof your system.

The GTX 1660 is Nvidia’s champion for the current generation budget market. MSI’s GeForce GTX 1660 Super is an overclocked and a slightly beefier version of the standard GTX 1660.

1,815 MHz boost clock paired with 6 GB of GDDR6 VRAM is just enough to tackle even the most demanding VR games.

Since there are no cores reserved for ray tracing, you’ll be able to push this card to its max output. However, it’s worth noting that the peak performance of RTX 2060 Super is slightly better than the GTX 1660 Super, thanks to an improved architecture.

Priced just under $300, the MSI GeForce GTX 1660 Super is an excellent choice for a budget VR builds. You’ll also get MSI’s infamous afterburner companion software that allows you to monitor and even tweak your GPU.

Starting just over the $300 price tag, the RTX 2060 is the most affordable offering within the RTX line, the newest line of GPUs by Nvidia. As mentioned previously, you can’t actually push the RTX 2060 to its peak performance.

However, we’d recommend you to opt for RTX 2060 over the GTX 1660, given that you can afford it. Despite the similar specs, the RTX 2060 performs slightly better than the GTX 1660.

Furthermore, it adds a layer of future-proofing over your VR build. As ray tracing becomes more common, VR developers will use the technology.

Here, you’re looking at a factory overclocked speed boost of 1710 with a 6 GB GDDR6 VRAM. Two angled blades keep the GPU cool without rising on the decibel scale while the Afterburner allows you to measure things such as temperature.

There are four outputs, 3 Display Ports and an HDMI to support all kinds of output devices.

Asus is offering a factory overclocked GeForce RTX 2080TI running at 1665 Mhz with a gigantic 11 GB of GDDR6 memory. Thos one single card can support 4 monitors and a VR headset all at once.

In terms of interface, you’ll find 4 display ports, an HDMI port, and a Type C port that can be used either solely for VR headset or E-GPU set-ups. It’s certainly an overkill for a VR set-up in 2022 but on the contrary, it’s the best GPU for a gaming set-up with years of future-proofing.

If you’re looking for the cheapest VR-ready graphics card that allows you to play VR games, then the GeForce GTX 1060 should be on your list from Nvidia’s end.

You’ll be happy to know that the GTX 1060 is above the minimum requirements of other popular VR titles such as Skyrim VR, Assetto Corsa, and Superhot.

MSI is offering 1544 Mhz core clock speed with 3 GB of GDDR5 memory. If you feel that of 3 GB VRAM is simply too low, which it honestly is, the GeForce GTX 1060 is also available with a 6 GB VRAM version, which costs about a $100 more.

Nvidia has discontinued the GTX 1000 line of GPUs in favor of the GTX 1600 series and the RTX series.

Hence, you can score an MSI GAMING GeForce GTX 1060 without sacrificing a kidney. The GeForce GTX 1060 is not promising the top-notch performance or years of future-proofing, but it’s good enough to play pretty much all the popular VR titles in 2022.

The Sapphire Radeon RX 580 should be your GPU of choice if you’re looking for the cheapest GPU that allows you to play VR games on AMD’s end of the spectrum. Technically, it’s above the minimum requirements for both the Oculus Rift as well as the HTC Vive.

Even the specs are better the GTX 1060, but since they both cost about the same, we recommend the Sapphire Radeon RX 580 as your base choice of GPU for VR gaming.

In addition to a number of AMD proprietary software, RX 580 comes with the LiquidVR technology which ensures a stutter and lag-free gaming experience in virtual reality, basically FreeSync for VR.

It’s an extremely powerful GPU for VR gaming and gaming in general. The only sacrifice you’re making here the power consumption.

Unlike the more expensive Radeon 5000 series from AMD, the RX 500 series uses 4th Gen GCN graphics cores as opposed to the 7 Nm RDNA cores. Hence, the power input is a bit higher at measured at 185 watts compared to 150 watts on the Radeon 5000 series.

VR games, like most other games, are GPU intensive. So a better GPU is preferred as opposed to a better CPU. However, that doesn’t mean you should go ahead with an Intel i3 paired with an RTX 2080 Ti, opt for a more balanced build.

Yes, capable laptops can run VR games. However, it’s worth noting that mobile GPUs are less powerful than their desktop counterpart. Manufacturers opt to do so in order to improve the battery life and reduce heat generation.

We’d recommend a laptop with minimum requirements of an i5 processor, GTX 1650 GPU and 8 GB of RAM. The CPU and the GPU can be substituted for their AMD counterparts. You’ll also need to make sure that your laptop has enough USB ports to attach the VR headset.

How Much RAM Do I Need To Play VR Games?

8GB is the minimum RAM requirement to play VR games. However, we’d recommend you to step up to at least 16 GB of RAM for VR games.

To wrap it up, 2022 is an exciting time to get into video games. Sony’s VR for the Playstation has also attracted many developers to VR development, which ultimately benefits us PC gamers. A VR build tends to be pricer than a normal gaming rig, thanks to the demanding specs and the additional cost of the VR headset.

Nonetheless, VR gaming doesn’t have to be expensive. If you’re on a tight budget, then go for the GTX 1060 GPU that’ll allow you to play VR games in 2022. On the contrary, if your budget knows no bounds, then the RTX 2080 Ti is hands down the best GPU for VR gaming and otherwise.