How to Build Cottagecore Mushroom House in Minecraft

How to Get the Philza Minecraft Skin

9 Fairy-Type Pokémon: Do you Know Them All? 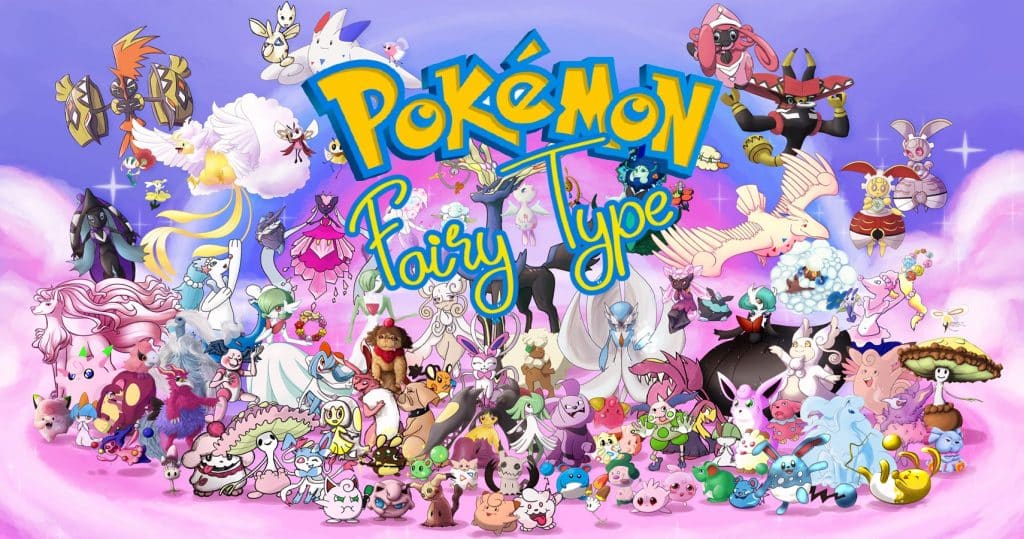 It all started back in 1997 when the Pokémon anime series was launched. And within no time it got immense popularity among kids and teenagers.

Fairy Type Pokémon were first introduced in the anime franchise in 1999 while it made its first appearance in Generation VI of the Pokémon video game series in October 2013.

So, what is all the fuss about the Fairy Types?

In this post, we would share statistics of Fairy-type Pokémon right from the Pokédex, and list different fairy Pokémons, their special abilities, and where you are most likely to find them in the video game.

Read on if you gotta catch ’em all!

There are 48 Fairy-Type Pokémon, which is roughly 6% of all Pokémon types.

They were introduced to balance the overall Pokémon type chart by giving a boost to Poison and Steel-type Pokémons while reducing the power of dragons.

So, let’s start and find out their stats from a Pokédex

This type of Pokémon has the highest average Special Defenses.

As you can see from the above statistics, this type of Pokémon has the lowest skill for physical attacking capabilities.

Poison-type Pokémons are resistant to Fairy attacks. However Psychic-type moves are a weakness for Poison Pokémons.

As Fairy Pokémons can easily learn Psychic moves, such battle techniques can prove to be effective against Poison Pokémons.

Also, all three types of Pokémons that resist Fairy are weak to Ground attacks. Thus, choosing a Pokémon combination of Fairy and Ground can prove to be a strong attacking combination.

One massive advantage of Fairy-Type Pokémon is that they are immune to damage from Dragons.

So, make sure you have them around when you are about to fight Pokémons like Dragonite. Cute and beautiful moves are the contest properties of Fairy-type. They do not use Tough or Cool moves.

The above chart can help you fully understand your Fairy-type Pokémon’s capabilities.

Here’s a gist of the Pros and Cons of a Fairy-Type Pokémon.

9 Fairy-type Pokémons to Look Out For

Now that we have talked about the distinct advantages of a Fairy-Type Pokémon, let’s get to know about a handful of them in a bit more detail.

The natural ability of Clefairy is Cute Charm or Magic Guard. If the enemy is of the opposite gender, then the Cute Charm ability allows Clefairy to create a 30% chance to infatuate him

Magic Guard is effective but susceptible to physical attacks.

Clefairy is hard to find because they can jump very high and have super hearing abilities.

As shown in the anime, Clefairy can fly by collecting moonlight in its wings.

Clefairy is quite timid, so it rarely comes in human contact. But it maintains an awareness among religious and social groups, as it is a clever Pokémon.

But it comes out to dance on a full moon night.

In the Diamond and Pearl version, Clefairy can be commonly found in Mt. Coronet area.

The emission of a unique fragrance from Spritzee‘s scent pouch can put anyone under its spell. It can produce the fragrance using whatever the Pokémon had eaten.

Spritzee’s favorite behavior is to spray its fragrance around.

Spritzee is evolved into an Aromatisee when it is traded by holding a Sachet.

It is commonly found in the Sword and Shield version on the Route 3 area.

Gentle and kind. This is the nature of Sylveon. While hunting in the wild, it uses its charm. While holding their trainer’s hand, they can sense their feelings.

The feelers of Sylveon have the power to bring intense battles to a halt which creates an aura of tranquility and peace.

It often strikes with unexpected powerful attacks and the opponent loses the fighting spirit. Due to its fluid and graceful movements, its actions seem weightless.

Sylveon is a very attractive Pokémon and uses its looks to lure its prey. It becomes fearless and attacks the opponent irrespective of its size when it’s riled up.

This Pokémon has defeated Dragon-type Pokémons as depicted in the Galarian fairy tale.

In Pokémon Refresh or Pokémon Amie, Eevee evolves into Sylveon when leveled up post leaning a Fairy-type move and earning at least 2 affection hearts.

In Generation VII it evolves into Sylveon via high friendship with a Fairy-type move.

It is rarely found in the Sword and Shield version around the Lake of Outrage.

Friendly and highly sensitive, this is the natural behavior of Togekiss. They hate conflicts and avoid places of conflict. It is called the Pokémon of care and blessing.

Togekiss has many kinds of moves with high capability. Togekiss performs tricks and aerial maneuvers and can gracefully soar in the sky.

Using a shiny stone, Togekiss evolves from Togetic. It is the final form of Togepi, which is an egg Pokémon.

This Pokémon is rarely found in the Sword and Shield version around Dusty Bowl Max Raid battle of Rolling fields, Lake of Outrage, Hammerlocke Hills, and Bridge field areas.

Togetic will sprinkle enthusiasm and happiness near a person with a pure soul. To share and spread happiness Togetic flies around the world. It becomes frustrated if it doesn’t stay with good people.

This Pokémon evolves from Togepi.

By compressing carbon from the atmosphere, Diancie creates diamonds in its hand. Diancie is the only Pokémon that has learned the Diamond Storm move.

Diancie is a rare Pokémon and found only in the Omega Ruby and Alpha Sapphire or the X and Y versions.

Gardevoir senses the emotions of people and Pokémon. It has a kind of precognition that can sense the future.

Gardevoir can distort dimensions, create small black holes, and is not affected by gravitational force. These Pokémon protect the life of trusted trainers at all costs, even at the cost of sacrificing their own.

Gardevoir’s horns are a physical manifestation. It can be used for physic power and fairy powers when it is open.

This Pokémon is trusted for its loyalty and lives with the other loving young groups.

Gardevoir evolves from Kirlia when it reaches level 30.  It is one of its two evolutionary forms.

Gardevoir can’t be found and has to be evolved from Kirlia.

In spite of its intimidating appearance Snubbull can be playful and has an affectionate personality. Its traits are quite similar to a bulldog

Another characteristic trait of Snubbull is its cowardice, and it often tries to hide behind gruff exteriors.

If it feels threatened, as a coping mechanism it bares its fangs and makes its appearance intimidating to scare smaller or weaker Pokémons.

However, once Snubbull drives away potential friends by using his appearance it becomes a little bit sad.

Snubbull evolves into Granbull once it reaches level 23.

In Diamond and Pearl, Snubbull can be found in swarms around Route 209.

Alcremie is a cream Pokémon. This Pokémon is highly cherished by Galarian pastry chefs for its delicious cream. It is said that its cream becomes more enriched when the Alcremie feels happy.

Alcremie can launch high-calorie cream missiles around itself while attacking its opponents. Any Pokémon that comes in contact with the cream will be buffed with energy and euphoria, causing confusion.

Alcremie’s cream has a calming soothing effect when ingested, and causes its opponent to rapidly lose its will to battle after eating it.

Gigantamax Alcremie’s cream gains durability when exposed to physical blows. The more damage the cream sustains, the harder it becomes.

In addition to the cream, the toppings covering Gigantamax Alcremie’s body have a hardness that exceeds that of a diamond and cannot be dented in any way.

Alcremie can be found in Pokémon Sword and Shield.

Q. What are fairy types weak against?

Fairy-type Pokémons are not very effective against Poison, Fire, and Steel Pokémons. You should avoid using Fairy Pokémons when you are about to battle any of the above Pokémons.

Q. What does the fairy type resist?

Fairy-type Pokémons are extremely effective against Dragon, Bug, Dark, and Fighting Pokémons. Dragon-type Pokémons especially have no effect on them.

Poison and Steel Pokémons are super effective against Fairy-type Pokémons. 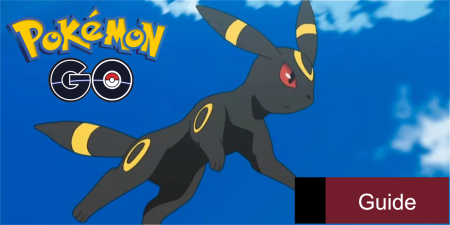 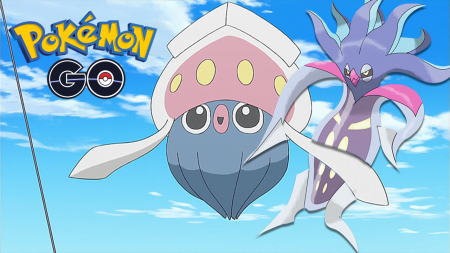 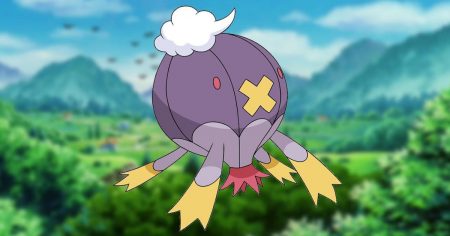 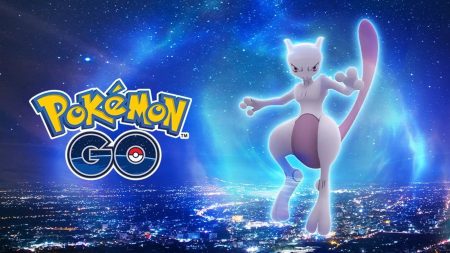 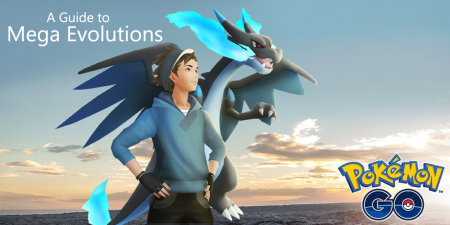 How to Build Cottagecore Mushroom House in Minecraft

If you’re a fan of fantasy build and fairy themes, a mushroom house in the…

How to Get the Philza Minecraft Skin