The 9 Best Motherboard For Overclocking In 2021 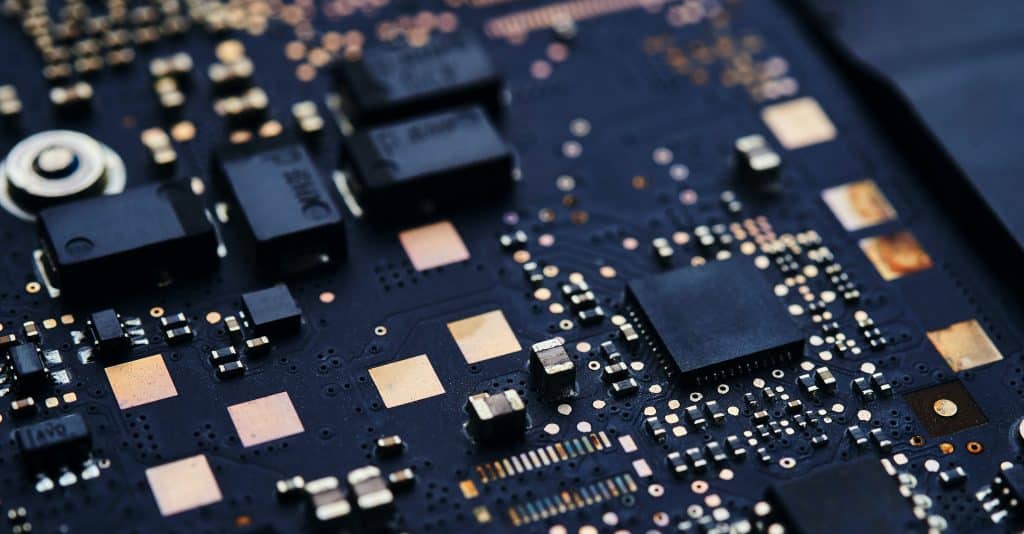 Nothing but the best motherboard for overclocking will do if you’re serious about building a gaming machine that will last you a while.

Not only will high-quality gaming motherboards last longer due to having a better build quality, but they also look better. More importantly, they’ll allow your hardware to perform to its absolute best. This includes helping you squeeze out every inch of performance from your processor by overclocking it.

With that said, that’s no reason to cheap out on a motherboard.

Besides, you won’t need to worry too much about your unfamiliarity with what the best motherboard for overclocking is, because that’s exactly what we’re here to help with. What are the Best Motherboards For Overclocking?

The Maximus line of motherboards from ASUS has been consistently ranked as one of the best motherboards for gaming for the better part of the past two decades.

Hence, it should come off as to no surprise that one of its latest iterations, the ASUS ROG Maximus XII Extreme, makes it on our list.

The most feature-packed Intel Comet Lake motherboard out there, this Z490 motherboard might be expensive, but ASUS made sure that it’s worth every penny.

As a matter of fact, ASUS even threw in a screwdriver with interchangeable heads with every purchase, which is actually a pretty nice bonus, all things considered.

The perfect motherboard to marry with a K-series Core i9 processor, this Z490 motherboard was built for overclocking. The Maximus XII Extreme will help you transform the monster of a gaming processor that is the 10900K into a beast whose clock speeds will be the envy of every other enthusiast in your circle.

Obviously, as mentioned earlier, high performance comes at a price.

With a price tag that’s even higher than the processor that it’s built to be paired with, this isn’t for everybody. However, make no mistake, if you can afford it, then there’s no reason not to buy what is easily the best Z490 motherboard for overclocking.

Normally, the best motherboard is the one that’s the most expensive, or at least, right up there among the priciest.

The inclusion of the Gigabyte Z390 Aorus Ultra is, therefore, an exception.

One of the more reasonably priced gaming motherboards on our list, the Z390 Aorus Ultra makes a strong case as the best z390 motherboard for overclocking. This is due to a combination of a number of factors.

This includes the ability to overclock Intel’s last-generation processors just as well as motherboards that cost almost twice as it does, while also being equipped with a number of top-end features.

For example, the motherboard comes with Intel Wi-Fi Wave2 and Ethernet, as well as three M.2 slots for NVMe SSDs. Not to mention, it comes with a surprisingly comprehensive set of features, and that’s on top of having a stacked-fin heat sink designed to increase the cooling surface area of the motherboard over its 12-phase voltage regulator.

TLDR; this motherboard will keep your previous-generation Intel processors running fast and cool.

The ASRock X570 Phantom Gaming X is a favourite among numerous overclocking enthusiasts, and after taking a look at the spec sheet, it’s easy to see why.

The large heat sink works beautifully with the highly-effective X570 chipset fan, along with numerous settings and features, to allow this gaming motherboard to help users make the most out of their Ryzen processors. Not only that but after numerous revisions, the BIOS stability of this motherboard is rock solid, to say the least.

The X570 Phantom Gaming X also comes with support for Wi-Fi 6 and RGB lighting that can be configured from the BIOS.

Of course, this motherboard isn’t perfect. It’s definitely not the motherboard you’ll want if you switch in and out internals a lot. In particular, upgrading the storage can get quite tricky, especially if you’re new to this.

But, to say that those issues are anywhere close to being a deal-breaker is an exaggeration.

Beautiful, easy to install, and with some of the best cooling capabilities in and above its class, the only real fault that we see the X570 Phantom Gaming X having is how you’ll have to update the BIOS to its latest version for optimal performance.

The ASUS ROG X570 Crosshair VIII Hero (Wi-Fi) isn’t cheap by any means. However, when you consider that this high-end AM4 motherboard could very well be the best AM4 motherboard for overclocking for roughly about half the price that most motherboards who claim they are the best for clocking do, then it kind of makes sense why this is a value-filled purchase.

As an added bonus, this motherboard comes with RGB lighting. Yet, at the same time, it’s not too flashy to cause a distraction. Instead, it’s just flashy and customizable enough to let you enjoy lighting up your gaming PC as you overclock your Ryzen processor to as high as it could reasonably reach.

Even if that’s true though, it doesn’t mean that you’ll have to give up a lot to enjoy a smaller gaming build.

The ASUS ROG Strix Z390-I Gaming is proof of that.

If you’re looking for the best z390 motherboard for overclocking in ITX form, the Z390-I makes for a strong case, starting with how it’s able to support 64GB of memory, which is a lot for its form factor, and the fact that that it has the same “Twin phase” CPU VRM that’s found in ASUS’ much larger offerings.

The latter translates to giving this motherboard quite the overclocking capability.

Of course, such lack of compromise comes at a high cost, making this motherboard one of the more expensive ones out there. But, then again, what else did you expect from the best of the smallest on the market today?

Are you looking to enjoy gaming and overclocking without spending too much money?

Well, if you have a Ryzen chip, you have a good shot at making your Ryzen CPU better with the ASUS Prime B350 Plus.

Compatible with both older and newer Ryzen CPUs, the B350 Plus’ overclocking potential isn’t off the charts, but it’s definitely much more than you’d expect from a motherboard that costs substantially less than the others on our list.

For arguably the same price as a competent aftermarket CPU cooler, it lets you push your Ryzen CPU hard. Sure, you won’t be breaking any records with the B350 Plus anytime soon.

But, you won’t be shortchanged either, as you’ll notice a significant boost in improvement after achieving stable clocks with this motherboard.

To put simply, the B350 Plus is what you get to get the job done.

That is, as long as you’re okay having a reliable, albeit vanilla, motherboard for overclocking.

Who makes the best B450 motherboard for overclocking? Why, of course, the answer is MSI.

For half the price of most capable X470 gaming motherboards, MSI B450 Gaming Pro Carbon AC gets most of what its older brother, the X470 Pro Carbon has, while compromising only on phase VRM (only 4+2 phase VRM vs 5+2 phase VRM), two SATA ports, and a third PCIe x16 slot.

Considering you’re not spending that much on your motherboard, we highly doubt that you’ll be missing the latter two.

Sure, you could argue that the 5+2 phase VRM should perform better, making the X470 Gaming Pro Carbon a better buy, but we highly doubt the difference is worth the price premium.

Besides, the B450 motherboard has a larger heatsink.

The only issue we see with this motherboard is its lack of “voltage offset” in the BIOS, but then again, you’d have to consider that even the more expensive motherboards don’t have this feature as well.

With that said, if you’re looking for the best B450 motherboard, especially for overclocking, this is it.

Powerful, fast, and flashy, the Gigabyte X470 Aorus Gaming 7 WiFi is the best x470 motherboard for overclocking that money can buy without punching a hole on your wallet.

This isn’t to say that this motherboard is cheap, because, it isn’t.

In fact, among its competition, this motherboard ranks up there as one of the more expensive ones. But, at the same time, it’s not unreasonably priced either. This is especially when you consider how large those heatsinks are, and how beautiful it looks when all those RGB LEDs are lit.

Aesthetics aside, this motherboard was built for high-performance.

Case in point, it comes with numerous features designed to make overclocking easier. This includes switching between saved BIOS files, a POST display, as well as overclocking buttons.

It even has wireless capabilities, plenty of rear ports, above-average audio codecs, and most important of all, it doesn’t fall too far behind the “faster” competition while being significantly cheaper.

If you’re looking to build a high-end gaming rig and want to overclock it, this is as great of an X470 board as you can get.

If you’re looking for a big motherboard to match your top-notch gaming rig, the MSI MEG Z490 Godlike has very few rivals on the market.

The combination of best-in-class thermal performance and solution, as well as overclocking performance that puts other motherboards to shame, and numerous diagnostic solutions to make your life easier, make the MSI MEG Z490 Godlike pretty much a no-brainer for those who can afford it.

Now that you’ve come to the end of our list of the best motherboard for overclocking today, we’d like to remind you of a couple of things.

First, make sure that you get the right socket for your CPU. Intel and AMD motherboards are not interchangeable. Don’t forget this.

Second, ATX motherboards are the standard for overclocking because they’re larger and have more room for features meant to help with overclocking. This means that, if you go with the smaller Micro-ATX and the even-smaller Mini-ITX, expect to give up on a number of features, including overclocking capabilities.

Lastly, high-end ports and Wi-Fi aren’t always worth the price.

Remember, while some of the best overclocking motherboards do come with top-of-the-line features, not all do, and those features aren’t always worth the price.

Hopefully, you’ll remember all of what we just said and our recommendations.

Because, even if you don’t end up buying the motherboards that we recommended, at the very least, you’ll have a better idea of what makes a motherboard good for overclocking, and come to a much better purchasing decision than if you didn’t know the difference.