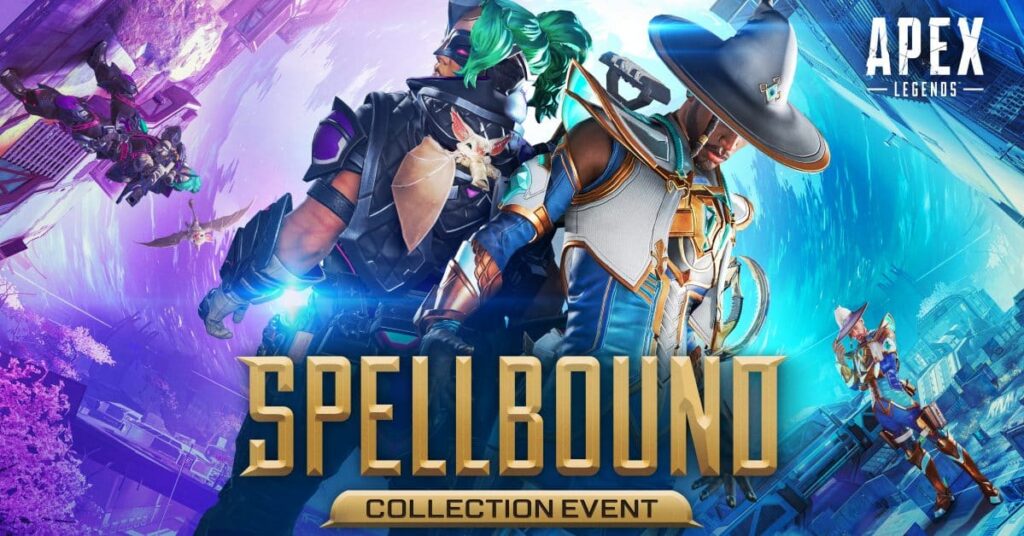 Players find themselves in a New Year’s extension as Apex Legends brings their Spellbound Collection Event with hundreds of skins and more!

Season 15 of Apex Legends has begun, and there have been a number of noteworthy modifications to the game since the beginning of the season. A new Legend Catalyst and the addition of Broken Moon to the BR map pool are two examples. Some players are still on the hunt for fresh content in Apex Legends despite the recent updates, and the new Collection Event may be the answer.

What’s the Apex Legends event all about?

Spellbound Collection Event is the name of the new in-game event that Respawn Entertainment says will start on January 10 and last until January 24. New Legendary Skins for Vantage, Seer, Mad Maggie, and Mirage are being introduced during this newest event. In addition, the event will see the debut of “Showstoppers,” a new Seer heirloom. There are a total of twenty-four time-limited cosmetics to acquire, and you can get some of them for free by using the game’s brand-new reward system.

Even though the Spellbound Collection Event usually means new skins, this latest update also brings back the popular LTM called Control. This mode has been in the game several times since it came out in 2022. It lets players play 9v9 matches on some of the most popular points of interest on the battle royale maps. Many Apex Legends players would like Control to be a permanent game mode, so its return, even if it’s only for a short time, is a pleasant surprise.

In the patch notes for the next update, the developer said that private matches would be available to all players when the Spellbound Collection Event started. This is in addition to new cosmetics and the return of the Control LTM. This is a feature that many Apex Legends players have wanted for a long time. With this new update, players can make their own tournament codes and host their own private games. Also, Respawn Entertainment said that in the next few days, they would host a FAQ in which they would explain more about how private matches will work in Apex Legends.

With new skins, Private matches, and the Control LTM on the way in the Spellbound Collection Event, it will be interesting to see if this update makes Apex Legends more popular to start 2023.

For other events to come in the game’s calendar, Apex Legends have also set their eyes on massive tournaments and you’re going to see the schedules, right here and now!