4 Best Among Us Discord Servers in 2022 (Active Servers) 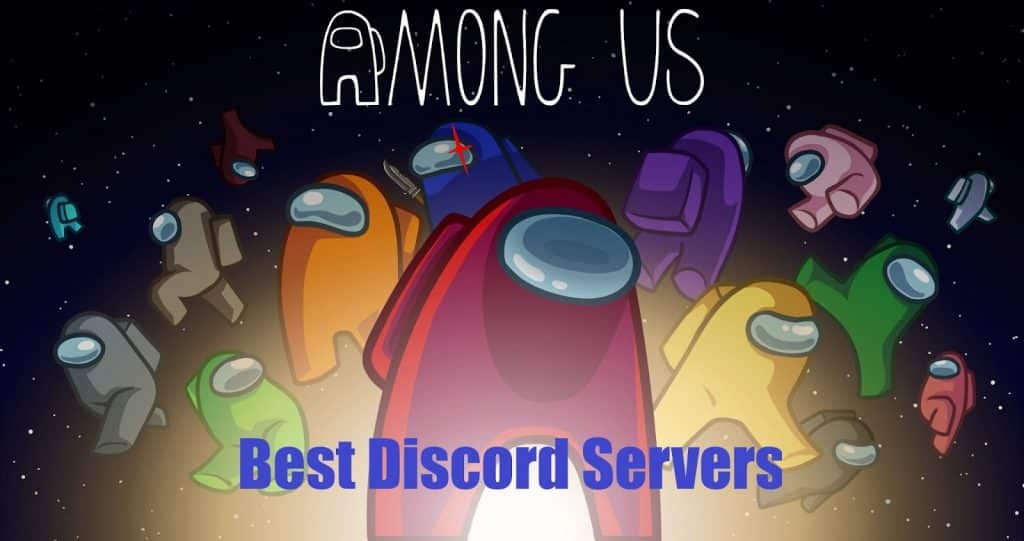 Among Us is about teamwork and communication. Completing the tasks is one thing, but the Emergency Meetings are where it’s at.

With everyone punching their keyboards to try and get their point in, the chaos is through the roof and so is the fun. But players soon found an alternative that was easier and frenzied at the same time.

Once Among Us skyrocketed – thanks to the pandemic – players started using Discord for Among Us to play the game with VC (Voice Chat).

No more getting voted out while you are busy typing in your arguments. But, what to do when you don’t have enough players to make a lobby?

That’s where these Among Us Discord servers come in.

There are plenty of Discord servers for Among Us, but none as well run as these 4. So, if you are looking to play Among Us with players from all over the world, join any of these Among Us Discord servers.

With thousands of active players at all times, plenty of VC and non-VC lobbies, and friendly chat rooms, these are the 4 best Among Us Discord servers to join in 2022!

Best Among Us Discord Servers

1. Innersloth – Official Among Us Discord Server

Innersloth (Among Us) is the official Among Us Discord server moderated by the devs of Innersloth themselves. Currently, the server has 600,000+ members, and the community grows every day.

However, since it is an official server, joining it is not as easy as other Discord servers. You’ll need to verify your account through a two-step process.

Once you complete the verification process, you’ll have access to all the channels. The mods have kept this server simple and minimal by limiting the number of channels.

The primary focus of this Discord server is to be a discussion and communication forum between the devs and players. So you’ll find channels like #reportbugs, #amongusdiscussion, #patchnotes, and more.

There are also fan-focused channels where players can share funny in-game moments, post fan art, or show off their Among Us character customization.

In other words, even if you aren’t looking for matchmaking, joining this Among Us Discord server is a must.

With over 220,000 members, Among Us Gaming is the biggest un-official matchmaking server on Discord for Among Us.

For better matchmaking, this server has 6 different lobbies. There are 3 continent lobbies for North Americans, Asians, and European players. And then you have text-only lobbies, console lobbies (for players on Xbox and Playstation), and modded lobbies.

This server also has Jockie Music which is the best Among Us bot on Discord for music. Jockie Music the bot has support for Soundcloud, Deezer, Apple Music, and even Spotify. You focus on the game and Jockie will take care of the music.

You can add more Among Us bots on Discord to improve your servers.

The highlight of this Among Us Discord server is the modded VC. Everyone’s familiar with the proximity voice chat mod, made famous by every Among Us streamer and Youtuber ever, and this Among Us server allows you to enjoy that mod as well. And it’s even more fun than it looks like in the videos.

Yes, the Among Us Game server on Discord has its own Crypto by the name of CREW. Players can buy it with real money, hold it, sell it off or enjoy different in-server perks.

The moderators also host regular giveaways, and live streams, arrange tournaments, and provide all the latest news and updates about Among Us.

While the Sheriff role is still in the works and won’t be an official part of the game till late 2022, this server already has a Sheriff mod.

We won’t spoil the role for you, but playing it is super fun and pressuring as well.

This Among Us Discord server also has the proximity voice chat mod and provides separate lobbies for North Americans and European players.

But, there is no non-VC matchmaking in this Among Us Discord server.

LFG Lounge started as an Among Us Discord server but now it has expanded to a host of new web games like Skribble.io, Jack Box, and Minecraft.

Moreover, a new ‘#othergames’ channel was also added recently where players can find partners for whatever game they want- from Roblox adventures to Overwatch and COD.

Apart from matchmaking, the community itself is the real highlight of LFG Lounge.

With a whole channel dedicated to some lighthearted fun, you’ll have hours of fun without even playing a single Among Us game. Hangman, Dank Memer, and Pokemon channels are a must-visit.

The mods host movie nights and there are tons of giveaways too.

LFG Lounge might be the least-toxic gaming server of Discord right now. And because it’s still growing, it’s the perfect spot for gamers to hang out, play some games, and have a fun time.

And that brings our list to a close. Instead of focusing on quantity, we decided to bring you quality. These 4 are – right now – the best Among Us Discord servers that are active, engaging, and growing.

Join these servers and become a part of the ever-growing Among Us community.