What Is Copper Used for in Minecraft 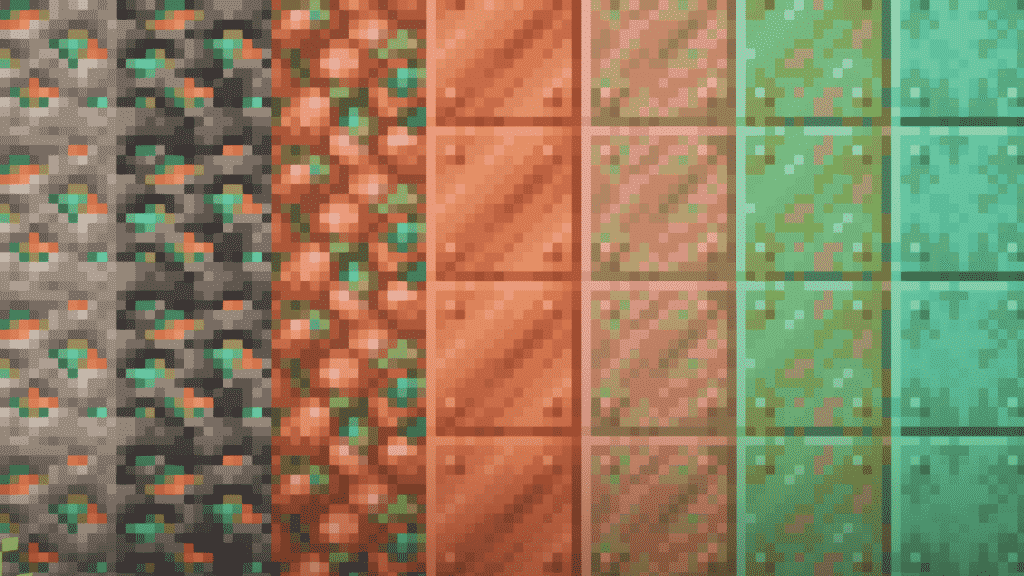 Copper is a new block that was added in the Minecraft 1.17 update. With many usages and variants, copper become popular for its building and decoration purposes, as well as part of other special crafting recipes. Let’s dive deep into the copper block in Minecraft!

What Is Copper Used for in Minecraft

Copper has a lot of different recipes and most of them are used for building blocks. With some exceptions, they can provide unique items with special functionality such as a lightning rod or a spyglass.

When you’re done mining and cooking the copper ore or deepslate copper ore in the furnace, you will get 1x Copper Ingot. This is where the beginning of copper usage in Minecraft starts!

Each of those original blocks also has another 7 variants and that results in 32 different recipes you can use Copper for.

Copper is Used For Decoration Purposes

Each variant of copper will have 4 states, which are normal, exposed, weathered, and oxidized state.

You can also combine them with a honeycomb to craft a waxed version, which will retain the current state of the block.

You can use copper to craft those building blocks:

Cut Copper can be crafted from a Block of Copper, which is basically from copper.

Like the Cut Copper block, but with half a height.

The final variant of copper block.

Copper can be used to craft a lightning rod, which is a special block that will force the lightning strike to hit it instead of a random block.

This block is quite useful to prevent wildfire or protect your animal farms.

To craft a lightning rod, you just need to put 3x Copper Ingot in a one-column shape on the crafting table.

You can use copper to craft another useful item, which is a Spyglass. This allows you to zoom in to see the block far away more clearly.

Just imagine the zoom function in Optifine but without actually installing Optifine.

To craft a Spyglass, you need 2x Copper Ingot and 1x Amethyst Shard. The recipe is quite simple, just put the Amethyst shard on top and two copper ingots right below.

Is copper better than iron Minecraft?

Is copper worth mining in Minecraft?

It depends! If you love the color and texture of the copper block. Maybe mine some and use it in your house! You can also craft a lighting rod or a spyglass from copper if you ever need them.

Is copper common in Minecraft?

For now, copper is the most common mineral in Minecraft. They spawn frequently at pretty much any height and in large chunks. You can also find a large number of copper ores in the dripstone cave biome.

There you have, a comprehensive answer to the question “what is copper used for in Minecraft” as well as descriptions on how to use it. Happy mining!